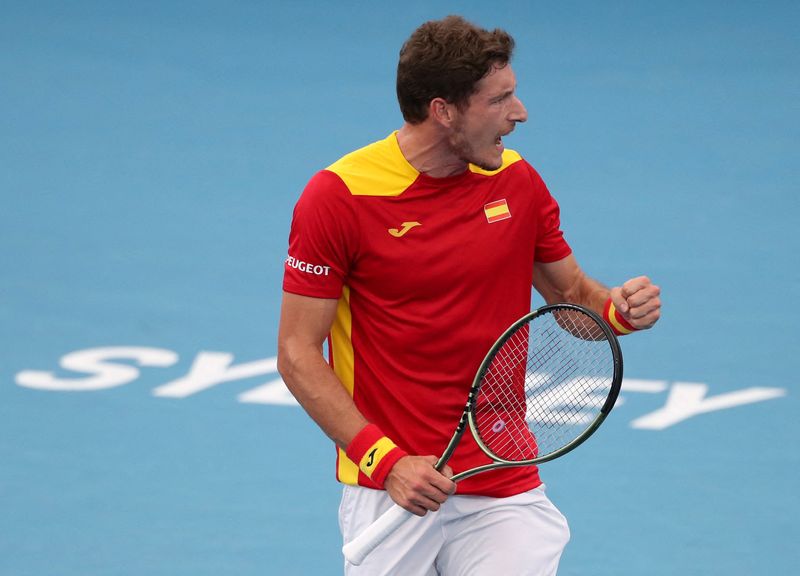 Pablo Carreno Busta gave Spain a winning start at the ATP Cup in Sydney on Saturday, beating Chile’s Alejandro Tabilo 6-4, 7-6 (4) in Group A of the event before Roberto Bautista Agut didn’t break sweat in a 6-0, 6-3 win over Christian Garin to clinch the tie.

“I’m very happy because I won my point for the team.”

Carreno Busta looked out of sorts early, trailing 3-0 before getting the better of the Chilean left hander and winning is straight sets.

“The start of the match was very, very difficult, he was playing some good tennis,” Carreno Busta said.

“It was the first match of the year … but I’m happy because I was always fighting and at the end of the match I was playing a lot better than I was at the beginning.”

Serbia – without Novak Djokovic – will kick off the evening session against Casper Ruud’s Norway in Group A while Stefanos Tsitsipas’s Greece take on Poland in Group D.