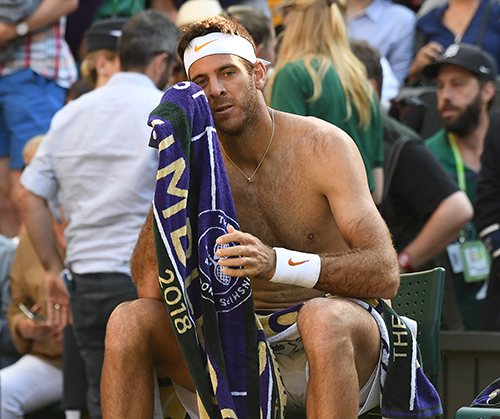 Fans and organisers in South America are dreaming of the return of Juan Martin del Potro from a knee injury, with the TD of February’s Cordoba event already predicting a comeback at his Argentine 250 tournament.

“It is good news that Juan Martin has included the Cordoba option in his personal agenda,” hinted Marcelo Denti.

The one-time US Open winner has had a chequered injury history, with multiple surgeries for wrist and knee worries; he has repeatedly spent years off the court trying for comebacks..

Now even the 33-year-old is joining in the optimistic predictions of his impending return.

He dropped more hints of his own last month while attending a US Open session as a VIP guest.

“I’ve played very little in Argentina during my career. But there is a tournament there at the beginning of the year.

“My emotions are calling me.”