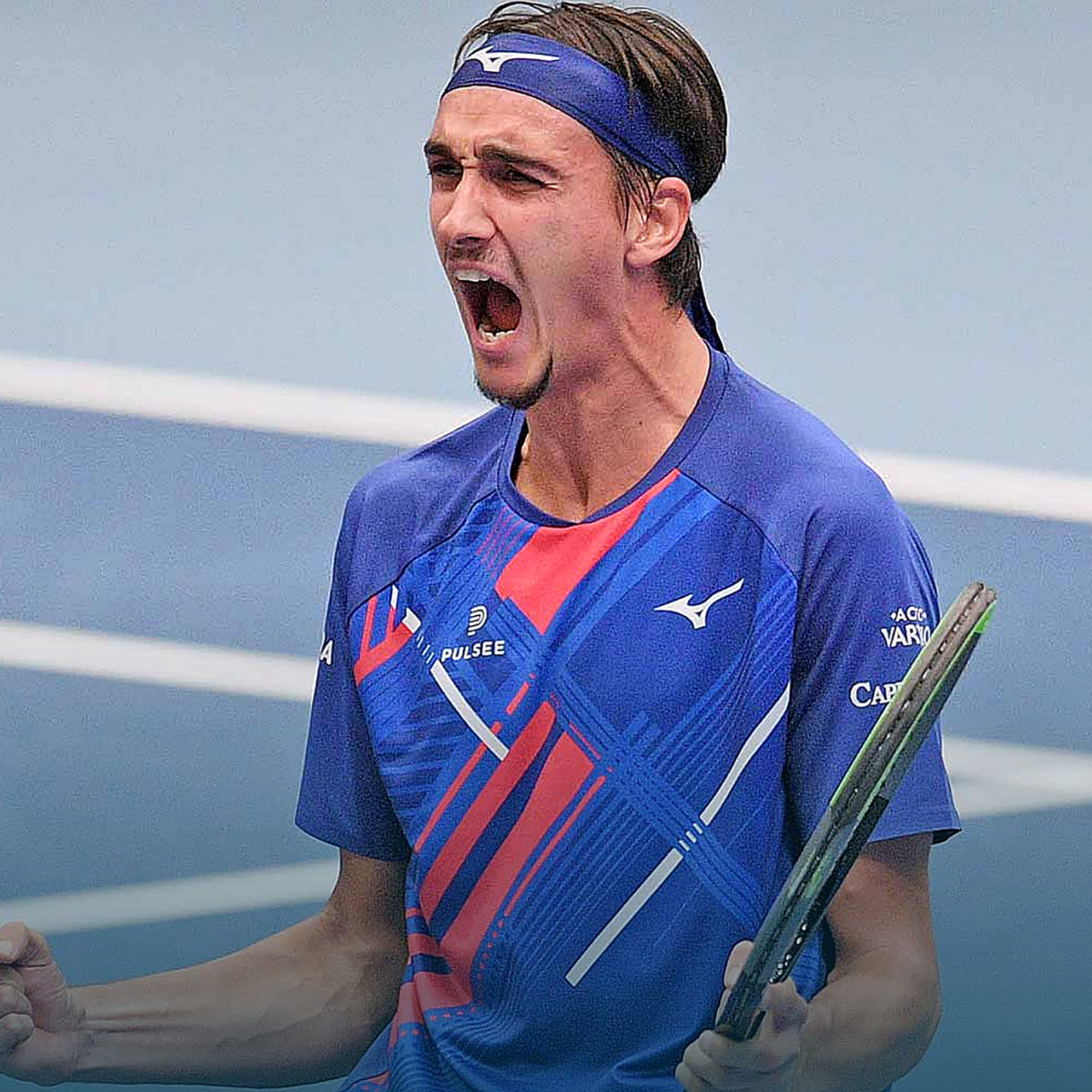 Lorenzo Sonego brought a double dose of glory to Italy on Sunday’ as he completed a Sardegna Open title double.

The No.34 defeated Serb Laslo Djure 2-6, 7-6(5), 6-4 for the singles title, a day after teaming with countryman Andrea Vavassori to lift doubles honours.

Sunday’s comeback over three gruelling hours on the clay of Cagliari marked the first home ATP title for an Italian since Filippo Volandri won Palermo in 2006.

Sonego’s trophy one-two was also first for Italy since Matteo Berrettini at the 2018 Swiss Open Gstaad.

“I’m really tired, but very happy to follow in Volandri’s footsteps and win a title on home soil,” the winner said.

Sonego labelled his effort “long but I remained calm in the second-set tie-break,”

“I knew the match wasn’t finished because I had always kept fighting.”

“I have to congratulate Lorenzo on a great week.It was a pleasure to be back in Sardinia and I had a great week again, even though it didn’t end the way I wanted it to,” the finalist said. .

“Nevertheless, it’s still a great week for me and I’m looking forward to the upcoming weeks on clay and the tournament in Belgrade.”

The Serb had won his last nine matches in Italy after claiming the Sardegna crown last October when the event was laid on as a late replacement during the COVID-shortened season.