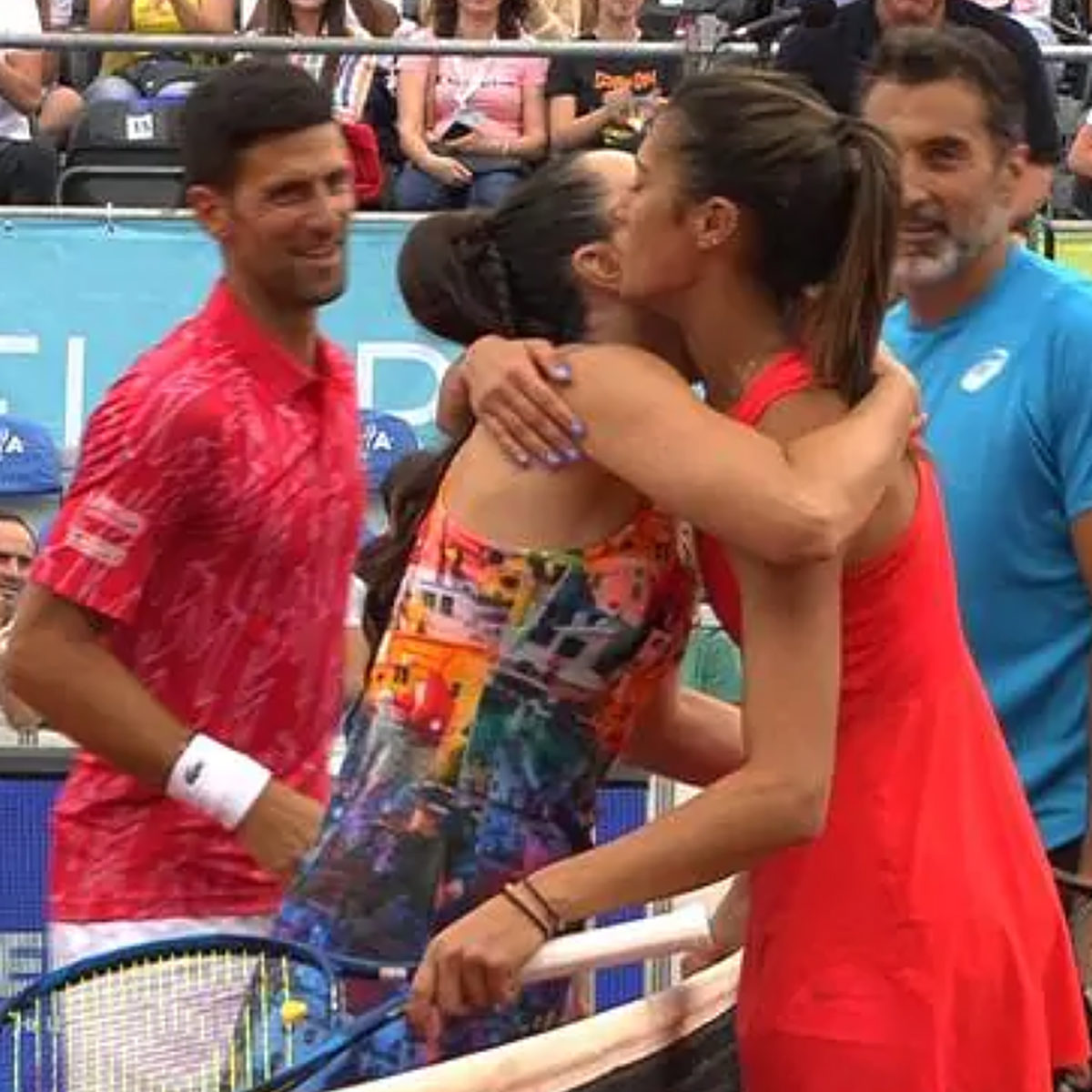 Masks and social distancing will be mere optional extras at the weekend start of Novak Djokovic’s Adria Tour exhibition if Friday’s media conference was any example.

Pictures from the preview in Belgrade for the eight-man event due to run through Balkan venues over the next four weekends showed what looked to be a normal tennis setting.

The stadium opening ceremony featured fans packed into stands while media crowded into seats at a separate conference with a microphone passed around.

World No. 1 Djokovic said he considered the event a breakthrough after three months on tennis lockdown due to the COVID-19 pandemic which Serbia seems to have written off.

With the US open looking unlikely to achieve liftoff if it gets approval for an unpopular restricted version with no fans, it’s all go in Belgrade.

“It’s definitely different circumstances, we all can feel that, even though we have different measures in Serbia than the United States or UK,” Djokovic said.

With Serbia and surrounding countries already loosening up in terms of crowds at sporting events, the outcome is sure to be carefully observed by the desperate bosses at the US Open.

“In this region we’ve had pretty decent success with the coronavirus,” Dkjokovic said.

“Of course, a lot of lives have been lost, and this is horrible to see, here and also worldwide.

“But, you know, life goes on, and I think we as athletes are looking forward to playing and competing, and the whole idea of this Adria Tour originated with a thought of how we could put together something like this.”

Joining Djokovic on court will be No. 4 Dominic Thiem who flew in from Vienna on a private jet and was welcomed by his host at the airport.

Also in the mix: Alexander Zverev, who came from Florida via Germany and Monaco as well as US-based Grigor Dimitrov plus other Serbian players filling out out the draw..

Djokovic this week threw a wrench into ambitious New York hopes of trying to stage a stripped-down Open form August 31, saying he would not be tempted to compete under rules which include one-member travelling teams, lodging at a quarantine hotel near a NY airport plus no showers, food or fans onsite.

Thiem, a three-time Grand Slam finalist who lost the Australian open final to Djokovic in January, echoed that sentiment:

“I think some circumstances would have to change to go there,” the Austrian said. “We’ll have to wait until the facts are out and decide.”

“You can see it from all different angles. You can also criticise, you can also say, well, this is maybe dangerous or not.

“It’s not up to me to make the calls, what is health-wise right or wrong, we’re just following what the government of Serbia is telling us. If we have the opportunity to gather like this, we’ll use the opportunity.

“Hopefully we, collectively as tennis, will be able to go to back on the Tour very soon.”