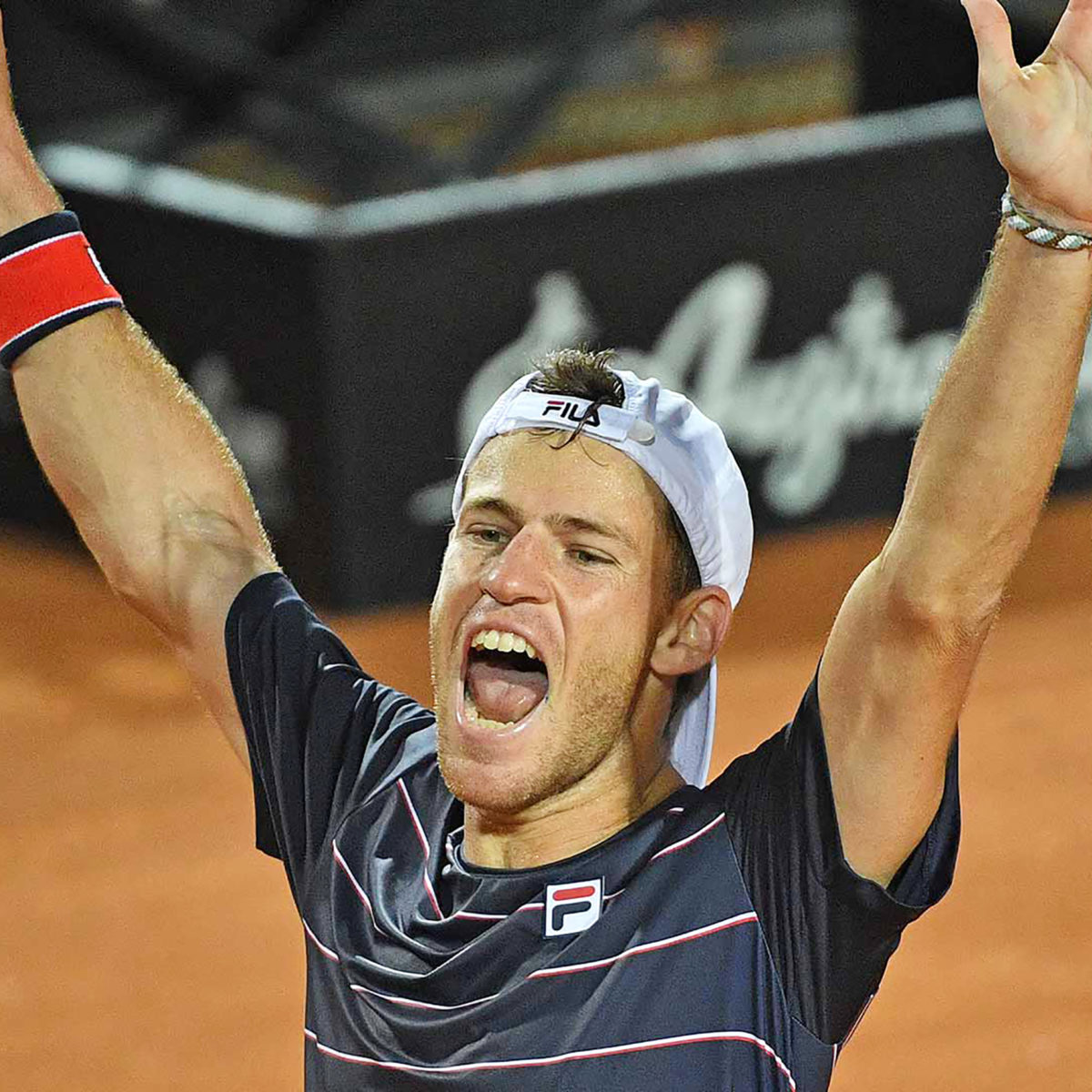 The Argentine carved out a 6-2, 7-5 victory in two hours, profitting from 30 unforced errors off the racquet of the second seed who was playing his first event since the COVID-19 shutdown began in March.

Nadal had defeated the South American in all nine of their previous matches and was on the prowl for a 10th Rome title this week at the deserted and quarantined Foro Italico.

Schwartzman will line up on Sunday against Denis Shapovalov, who beat Grigor Dimitrov 6-2, 3-6, 6-2 to score a 100th ATP career win.

Schwartzman trained frequently in the Bahamas with the Canadian prior to the tennis restart last month in the US.

“It was crazy, tennis is crazy,” he said of the victory. “The last three weeks (including a US Open first-round exit) have been really bad for me.

“I was not really thinking about playing well today – but I played my best tennis ever. I’m very happy, today I did my best.

“It was different without people, I prefer to have a crowd.”

Schwartzman served for the upset leading 5-4 but was broken, He got a second chance two games later and did not fail at the second time of asking.

“I’ve played Rafa nine times before, this is really good for me,” he said. “In the first set I took every chance that he gave me.

“He had not played for a long time so I thought if I didn’t beat him in the second seet, I might be able to do it in the third.

Schwartzman made the initial strike in the match, securing a break of Nadal in the opening set for 3-2; he duplicated that effort for a 5-2 lead as Nadal hit the net with a return.

The South American produced another surprise in a set where he committed only five unforced errors, taking it on his third chance after 48 minutes.

That set was only the third he had won from 24 played against Nadal in a series dating to 2013.

Schwartzman kept up the pressure in the second set, forcing Nadal to save a pair of break points in the opening game and holding to love for 2-all.

The Argentine continued to show his belief, levelling for 3-all to keep Nadal handcuffed.

The persistent Schwartzman got another break chance a game later, breaking for 4-3 as Nadal put a weak drop shot attempt into the net.

A game later,the Argentine got out of danger, saving a first break point with a dropper but losing serve for the first time of the evening on the next point as Nadal smashed a winner, 4-all.

Nadal was playing his 15th Rome quarter-final while Schwartzman returned to the semi-finals here for a second consecutive year.