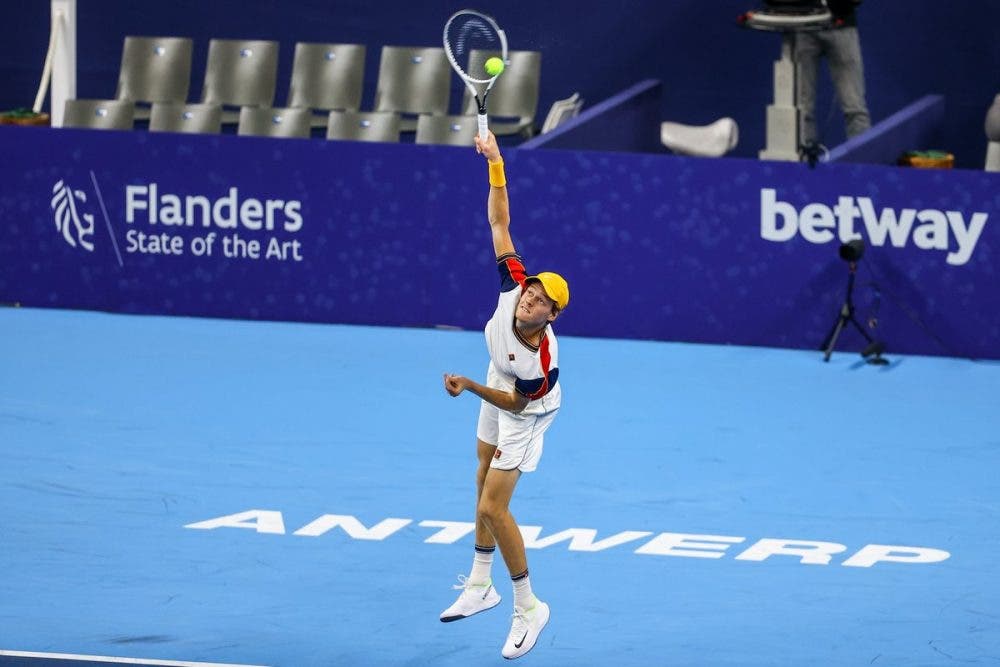 Jannik Sinner edged compatriot Lorenzo Musetti 7-5, 6-2 in an all-Italian clash to reach the quarter-finals at the European Open in Antwerp on Wednesday.

Musetti showed some impressive form in the opening set before the more slightly experienced Sinner broke in the 11th game, forcing a volley error with a forehand shot.

Sinner then took control and jumped to a 5-1 lead as Musetti saved two break points to try and stay in the match.

“In these past two years some things have changed obviously, I am happy to be in the position where I am right now,” Sinner said.

“There are still a couple of tournaments to play this year, and hopefully I can play great tennis.”

Sinner will face Arthur Rinderknech in the last eight after the Frenchman edged Dusan Lajovic 6-3, 4-6, 6-2.

Lajovic opened up a 2-0 lead earthly before Rinderknech won five of the next six games to take the first set.

Lajovic then saved a break point in the third game of the second set and then broke his opponent to level the tie.

But Rinderknech proved too strong on the decider, breaking serve to take a 2-1 lead, then earning a double break in the seventh game to seal the match.