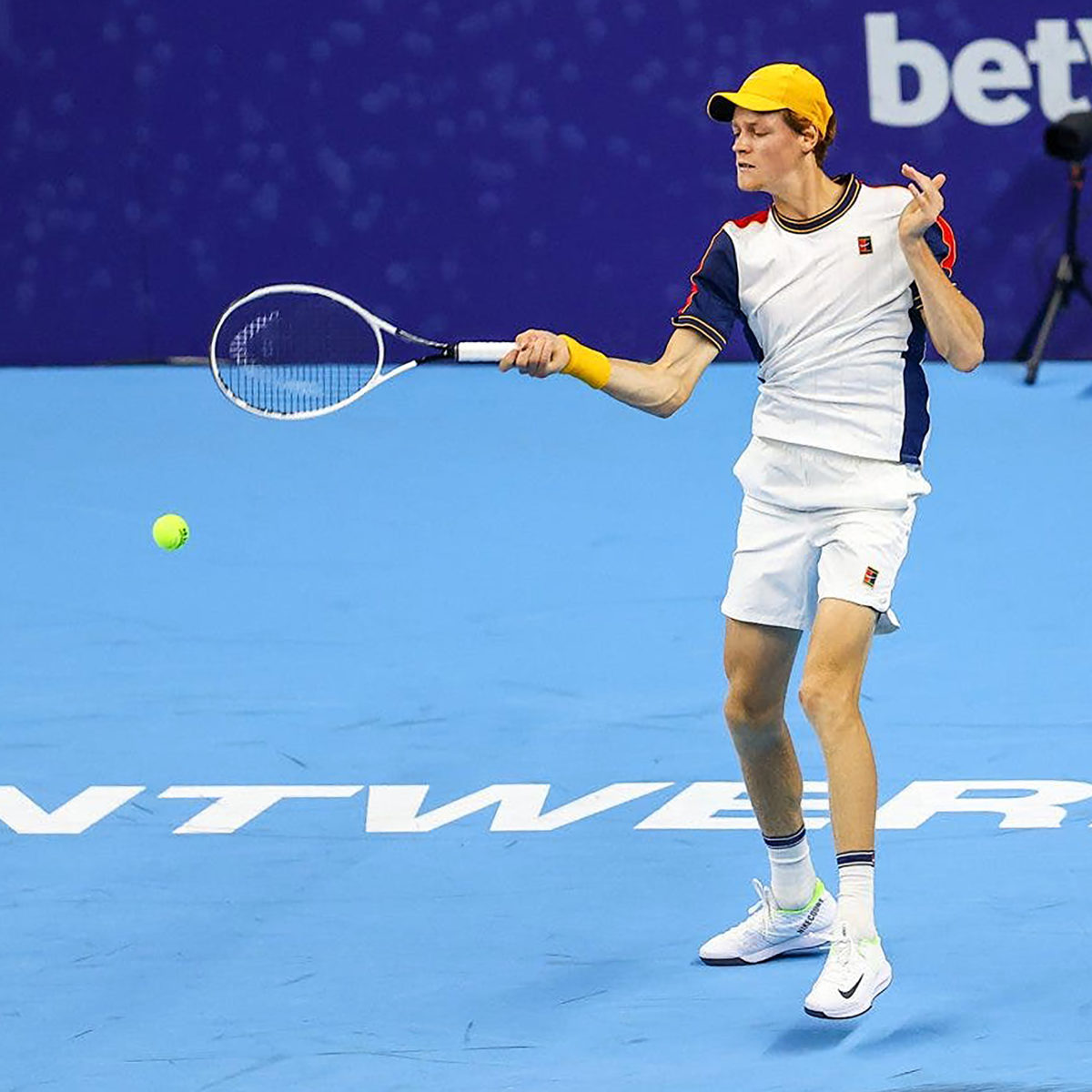 Jannik Sinner crushed Lloyd Harris 6-2 6-2 in less than an hour and a half in the European Open semifinal in Antwerp to reach his fifth final of the year.

The 20 year old Next Gen Italian has three titles under his belt this season, having won in Melbourne, Washington and Sofia and has yet to drop a set in Antwerp.

Sinner said afterwards “I am very happy to be in the final. He is having an incredible season, so best of luck for him to finish in the best possible way.

Thanks to the crowd for coming out today, it was a good atmosphere here. I just love playing here and love playing indoors, so I can play a great match again tomorrow”

Sinner is sitting handily in the ATP race to Turin in 11th place, just 210 behind Pole Hubert Hurkacz.

A win for Sinner in the final would bring him within 110 points of Hurkacz, currently clinging on to the final spot in the season ending jamboree.

His final opponent will be Diego Schwartzman who eased past Jenson Brooksby 6-4 6-0 a to reach the third final of his career.

This was their first head to head and after playing a tight first set Brooksby was broken five times and lost nine games in a row to earn a second set bagel.