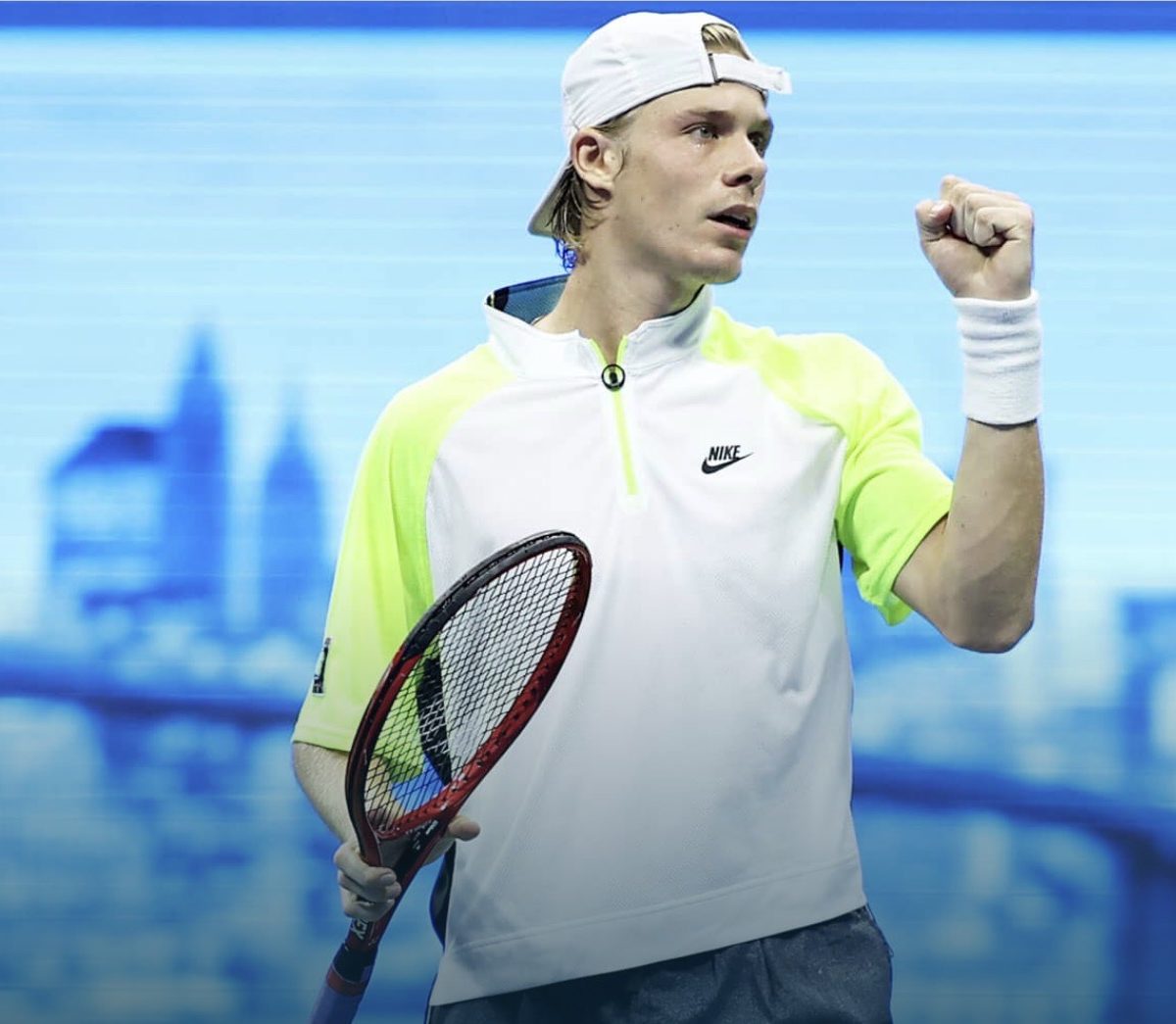 Shapovalov was quick to thank his support staff for the success, including coach Mikhail Youzhny, who recommended he work with a sports psychologist to improve his mentality.

“I’ve been working with him the past five, six months. Mischa recommended to bring him onboard. I’m really glad that they’re part of my team.

“He’s been helping me with not just tennis stuff, but life stuff, too. Definitely helped me so much in these matches… I was definitely doing the exercises we work on to calm down, regroup [after the first set]. Surely enough, it helped me once again today.”

Shapovalov also praised his girlfriend Miriam Bjorklund for her calming influence on him.

“As soon as we started dating, it’s kind of a reason for someone to want to man up. I feel like she’s definitely inspired me to become a better person, a better tennis player,” Shapovalov said.

“But I didn’t mean to take anything away from my parents or my team. I feel like everybody’s inspiring me.”

Goffin went all the way with Shapovalov in the first set, matching baseline shots and neither player dropped serve.

When Goffin hit a double at 2-1 in the tiebreak, Shapovalov pounced.

As the match wore on Goffin tired and the Canadian grew stronger, dropping only five points in the third.

Finishing the night with 51 winners, the 20-year-old wrapped up the match in the fourth set, with a five game run, before faltering and then finding his backhand again to finish in three-and-a-half hours of play.

Shapovalov will now face Pablo Carreno Busta, who advanced when top seed Novak Djokovic was defaulted in their match earlier in the day.

Talking about that match after his, the young Canadian said he felt for Djokovic.

“I’ve been in that situation so I know exactly how Novak is feeling,” he said.

“Of course, he had no intentions to go after the lines woman. Thankfully she’s OK. It could have ended up very, very bad.

“Luckily everybody is OK. Like I said, it’s just super unfortunate for everybody.

“Hopefully Novak can shake it off and move on. I mean, of course, he needs to grow and learn from this.