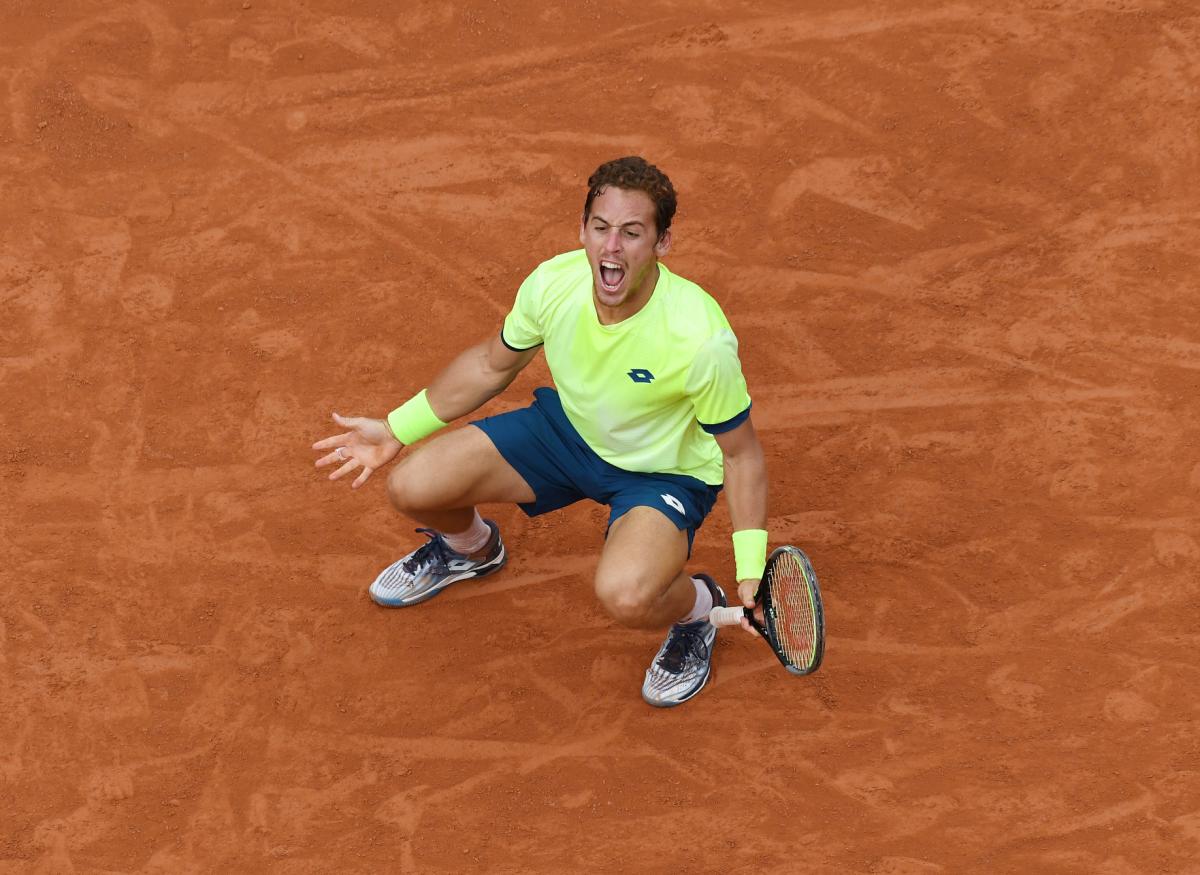 New Top 10 member Denis Shapovalov tried and failed twice to serve for victory, with the Canadian losing 7-5 6-7(5) 6-3 3-6 8-6 to Spain’s Roberto Carballes Baena in a shade under five hours on Thursday.

The winner screamed with joy and dropped to the clay after taking the biggest victory of his career aged 27.

The ninth-ranked Shapo has lost just once at a Grand Slam to a player ranked lower than No. 101 Carballes Baena, going out in his Wimbledon, 2017 debut at the majors to No. 141 Jerzy Janowicz in the first round.

Carballes Baena’s win was his first in a five-set match and put him into a Grand Slam third round for the first time.

He had also never defeated a Top 10 player until outlasting Shapovalov.