Serena wins battle of the mums

Serena Williams won a Wimbledon battle of mothers with a 6-2, 6-2 defeat of Evgeniya Rodina as the second week of The Championships began.

The 120th-ranked Russian, who has a five-year-old daughter, had no answer to her former world No. 1 opponent, whose own daughter was born last September.

Rodina came and went for the first time in the fourth round of a major against the last American standing in the field. 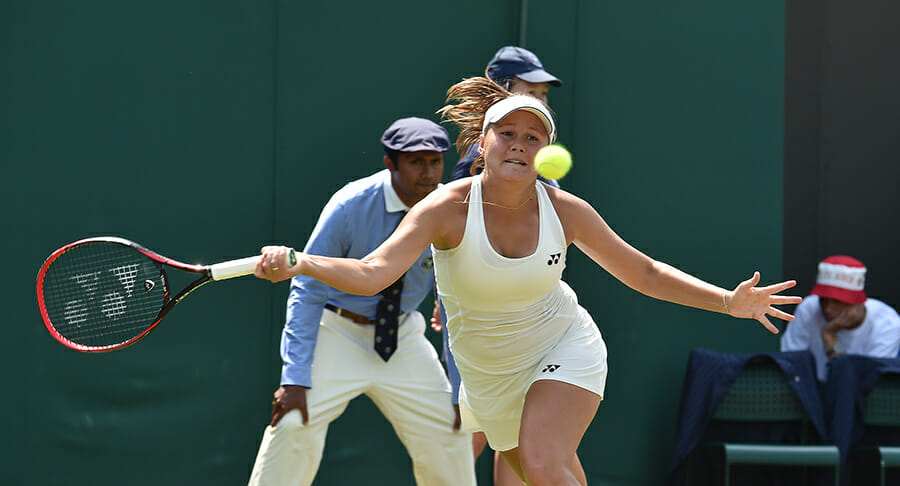 Seven-time winner Williams stands 181 as she makes a tennis comeback but has benefitted from a discretionary ranking of 25th by tournament officials based upon past grass performances.

Williams moved into the Wimbledon quarter-finals for the 12th time in her career, finishing in 62 minutes with 10 aces and 30 winners.

She will next face Camila Giorgi, who advanced at the expense of Ekaterina Makarova 6-4, 6-3, with Giorgi the first Italian to get this far in nine years.

[quote] “It looked easy, but it wasn’t. It was a lot of good points. She’s a really good player,” the American said.[/quote]

“I have a lot to improve on, this is only my fourth tournament back. I feel I’m getting to where I want to be.

“But there is so much farther I want to go to get back where I was, and hopefully go beyond that.” 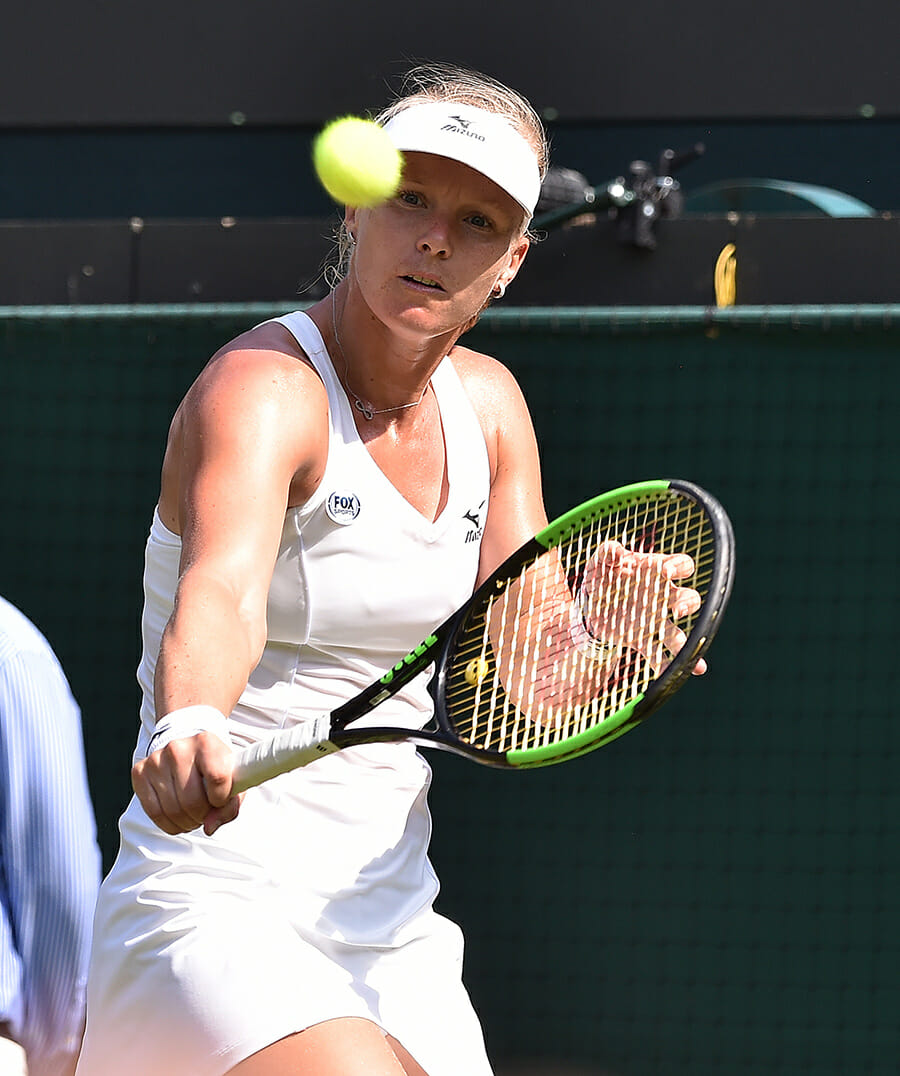 The 20th-ranked Dutchwoman had lost to the Czech last April on Stuttgart clay and has reached the Wimbledon second week for the first time.

Bertens came to the court after putting out Venus Williams in the third round.

“For sure I had chances,” Pliskova said. “She played very good match, not many mistakes, was serving pretty solid.

“I didn’t have many chances on the break points because she always put the first serve in. But still, I started too late, so it’s tough when you start (trailing) 6-3, 4-1.”

Pliskova was not keen to dissect what went wrong for seeds at this edition: “I’ve answered that question 10 times.

“Look, there are still players. I don’t know if it’s disappointing or not. It’s not that it’s to the final. You still have to beat the players.

“There is Kerber, there is Williams. I don’t think the draw is open, for sure.” 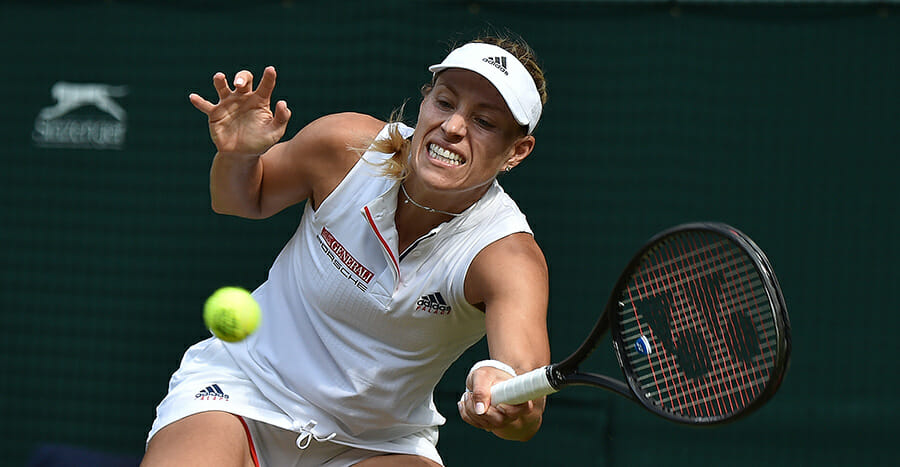 Belinda Bencic’s run of form came to an end as she faced off with 2016 finalist Angelique Kerber, the highest seed remaining on 11th. Germany’s former No. 1 prevailed 6-3, 7-6(5).

Bencic, 21, had advanced to the second week of a major for the fourth time in her career, starting with a knockout of sixth seed Caroline Garcia in the first round.

Bencic had beaten Kerber in their three previous matches – all in straight sets.

Kerber said she is taking no notice at the surprise absence of her fellow seeds:

“I’m not feeling the pressure because I’m am not looking on the seeded or who is left or not.

“I’m just looking forward for my next match. For every single day that I’m here trying to do my best. This is all I’m focusing on.”

Ostapenko, a one-time Wimbledon junior champion, also beat the Belarus player at the event in 2017, and has now reached the quarters of five of her last seven tournaments.

“The opponent played quite well in the beginning. I couldn’t get used to the rhythm,” Ostapenko said. “But then slowly I  started to feel my game.

“At the end I finished really confident.”

Dominika Cibulkova ended the run of Taiwan’s Hsieh Su-Wei with a 6-4, 6-1 thrashing of the Asian who knocked out top seed Simona Halep at the weekend.

Former Australian Open finalist Cibulkova has not dropped a set in three career victories over Hsieh as she prevented her opponent from a first-time Grand Slam last eight appearance.

The Slovak won her sixth fourth-round match at the majors and will next take on Ostapenko after beating the Latvian in two previous meetings.

“I was really training well, working hard in last few months. I was just waiting for actually really this one tournament that all the things going to start to come together,” Cibulkova said.

[quote] “I think it’s because I was doing the right things. I’m really happy it’s happening here in Wimbledon.” [/quote]

Julia Goerges added six aces to her tournament total of 35 in a 6-3, 6-2 defeat of Croatian Donna Vekic, appearing for the first time in the first fourth round at a major.

The German is playing the best Grand Slam of her career after never going past the fourth round previously. 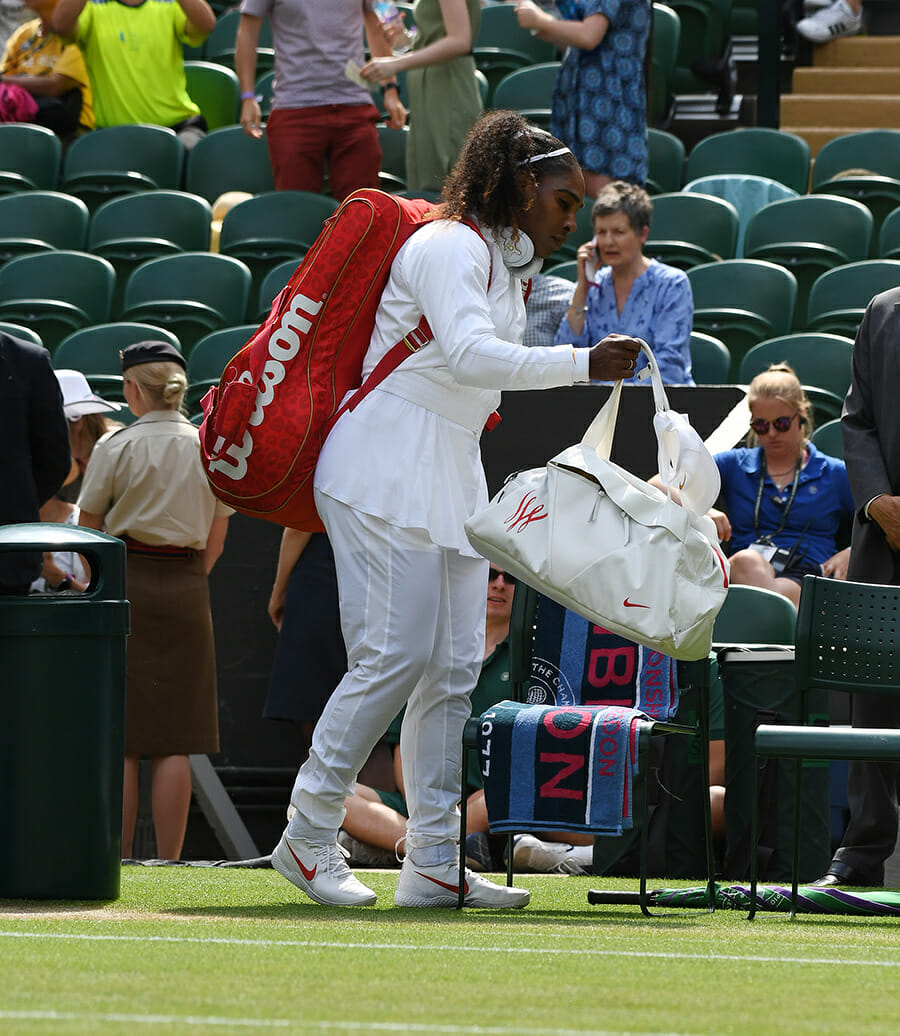 “I’ve played some fourth rounds in the other Grand Slams already, except here,” she said. “For me maybe it’s a bit sweeter because I didn’t quite expect it here. But it’s nice.

“I figured out probably a lot of times before how to not reach a Grand Slam quarter-final, so I think I’ve done it pretty well today. I’m very proud and pleased with it.”