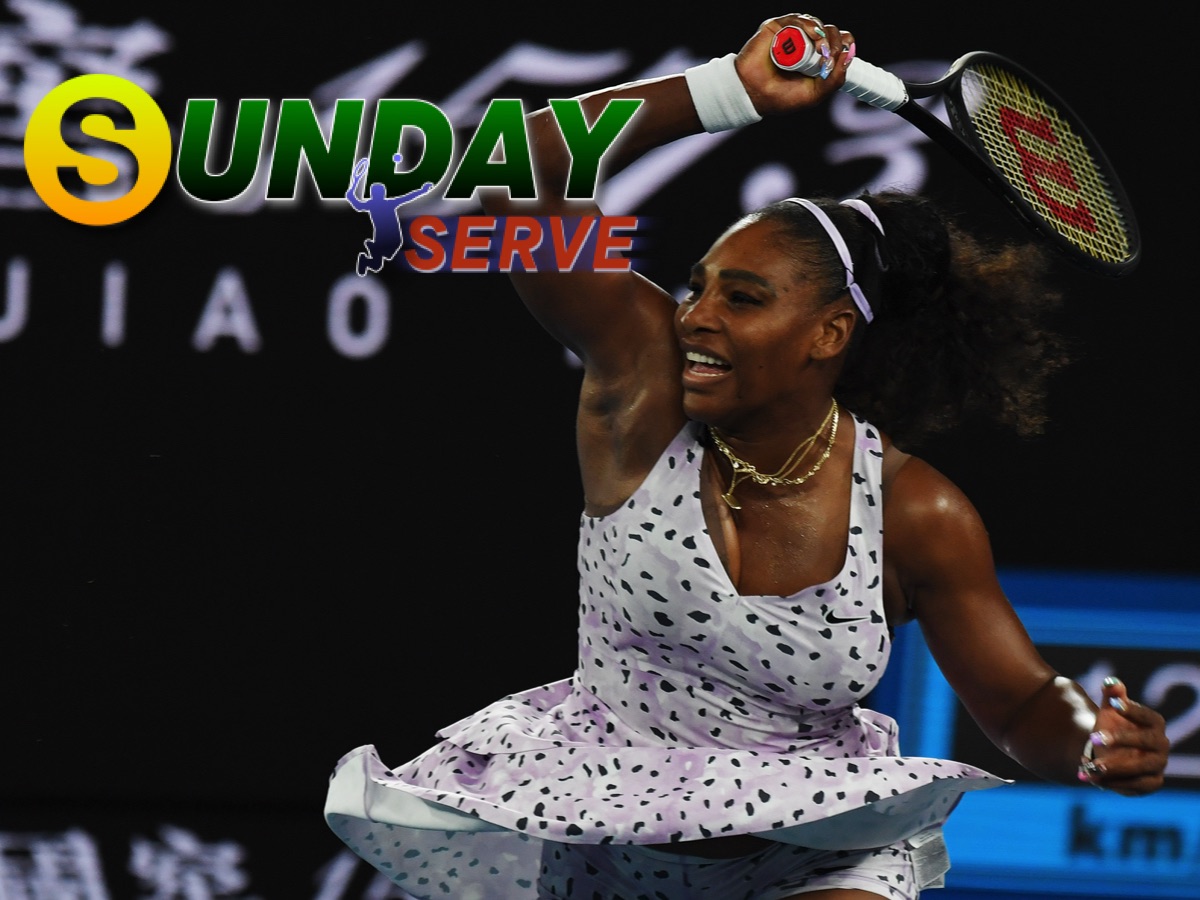 THE US Open has seen a rush for tickets after Serena Williams announced last week she would retire from the game after appearing at the final Slam of the year later this month.

United States Tennis Association spokesman Chris Widmaier said the demand for tickets hit a point no one could have predicted after the announcement.

“Since people have learned of the news, we’ve sold, as of 3pm, 13,000 tickets to the Open, including 4,500 or thereabouts for Opening Night,” he said last week.

“It’s a spectacular day. In fact, it may be unprecedented.”

And tickets for Williams’ first match that sell for $35 in the upper deck are reselling for $7,000.

There is no guarantee that Williams will even play on the first night, with the draw set for the Thursday prior to the tournament.

Bit with Williams’ recent record, fans are wary of buying second round tickets.

Serena has only been eliminated at the US Open before the quarterfinals three times, but it’s important to note, that now in the twilight of her career, she lost in the first round of her last two major appearances – both at Wimbledon.

Williams’ legacy will be that she will be remembered as potentially the best women’s tennis player ever.

“There are people who say I’m not the GOAT because I didn’t pass Margaret Court’s record of 24 grand slam titles, which she achieved before the open era began in 1968,” she wrote last week.

“But I didn’t get there. Shoulda, woulda, coulda. I didn’t show up the way I should have or could have. But I showed up 23 times, and that’s fine. Actually it’s extraordinary.”

Williams, in her Vogue magazine article, wrote she found a great deal of pain in her decision to retire, unlike Ash Barty, who quit back in March at the height of her career.

“Ashleigh Barty was number one in the world when she left the sport this March, and I believe she really felt ready to move on,’ she wrote.

“Praise to these people, but I’m going to be honest. There is no happiness in this topic for me.

“I know it’s not the usual thing to say, but I feel a great deal of pain. It’s the hardest thing that I could ever imagine.

“I hate it. I hate that I have to be at this crossroads.”

For all her tantrums – and there were plenty – Serena Williams quite rightly will be remembered as a tennis icon.

FIXED or luck of the draw? There’s no doubt Emma Raducanu drawn to play Serena Williams in the first round in Cincinnati tomorrow night is a promoter’s dream.

For those wishing to watch the action, the match is due to start at 7pm local time.

THE will he or won’t he play at the US Open saga has gathered pace as Novak Djokovic may well play in New York later this month.

The United States Centers for Disease Control and Prevention has this week amended its coronavirus restrictions.

On Thursday the CDC issued new guidelines relaxing rules on social distancing and quarantine with one of the key rules stating: “Unvaccinated people now have the same as vaccinated people”.

A statement read: “This updated guidance is intended to apply to community settings. In the coming weeks, CDC will work to align stand-alone guidance documents, such as those for healthcare settings, congregate settings at higher risk of transmission, and travel, with today’s update.”

The CDC is yet to update its travel advice, but their website states that it is under review.

MEANWHILE, world No. 1 Daniil Medvedev says the Wimbledon ban has helped his preparation for New York, giving him time to rest and plan for the final Grand Slam of the year.

“You have to appreciate it because I definitely couldn’t change the decision of Wimbledon. I have to follow the rules,” Medvedev told reporters in Montreal.

“If you focus on the negative part. For sure I wanted to play Wimbledon, I wanted to do well there. I always want to be in the biggest tournaments and try to play good.”

Medvedev was branded a “French tennis player” by a politician last week, slamming him of turning his back on his home country.

“I, like most Russians, did not watch his final match. After the tennis player removed the Russian flag at the request of the West, he became of little interest to me and the population of our country.”

US Open organisers considered copying Wimbledon’s ban on Russian and Belarusian players as a result of the invasion of Ukraine.

The USTA debated barring players from the final Grand Slam of the year, but instead chose to host a fundraising event for Ukraine.

A charity match will take place on the country’s independence day, August 24, in New York.

CASPER Ruud got into a spot of bother after a bizarre code violation during his 6-7, 7-6, 6-4 win over Roberto Bautista Agut in Montreal.

At the end of the first set, which Ruud lost in a tie-breaker, he took a bathroom break, but not to use the toilet, he changed his clothes.

When he returned umpire Fergus Murphy told Ruud he was in violation of the rules because he didn’t go to the bathroom.

While it was just a warning, it was a bizarre scene as Ruud tried to get his head around the umpire’s instructions.

The ATP’s rule book states “Unsportsmanlike conduct is defined as any misconduct by a player that is clearly abusive or detrimental to the success of a tournament, ATP and/or the Sport.”

EMMA Raducanu is not feeling the pressure as she prepares to defend her US Open crown – or so she says.

Raducanu has had a difficult year since she won in New York and with just a couple of weeks to go before the defends her crown, she has denied she feeling any pressure.

“Pressure is only either what I put on myself or what I expect from myself”, she told Britain’s Sky Sports network.

“I only feel the pressure, or even think about it, whenever I’m in my press conferences because every single question is about pressure.

“I just love New York as a place, as a tournament, as a city.

“I love everything about it. So I’m really looking forward to just going back there and whatever happens, I think it’s going to be a nice close to a chapter, to go full circle and then, regardless of whatever the result is… it’s a clean slate. If all my points drop off, then I’ll work my way back up.”

For the record, Raducanu has played 16 tournaments and been knocked out by a lower-ranked player 14 times since her New York triumph.

AND finally … US Open organisers considered copying Wimbledon’s ban on Russian and Belarusian players as a result of the invasion of Ukraine.

The USTA debated barring players from the final Grand Slam of the year, but instead chose to host a fundraising event for Ukraine.

A charity match will take place on the country’s independence day, August 24, in New York.

And US Open tournament director Stacey Allister has confirmed Belarusian former world No.1 Victoria Azarenka has accepted an invitation to join Rafael Nadal and current WTA world No 1 Iga Swiatek at the event.

The US Open boss also explained that the USTA decided to allow Russian and Belrusian players to compete because they didn’t want them to be held responsible for the actions of their respective governments.

Ms Allaster also said that she and the association didn’t want “to put undue pressure on any athlete,” as many Russian players have stayed silent on the war over fears for the safety of themselves or family members.