Serena beat Venus 6-1, 6-2 in a Friday Williams family reunion at the US Open, with victory proving that the new mother is quickly making her way back into tennis a year after giving birth.

Serena hammered her elder sister in the pair’s 30th match, with other numbers also falling into place:

The American pair own 30 combined Grand Slam titles, first faced off as pros 20 years ago and met this time on the 50th anniversary of current modern tennis at the New York event. 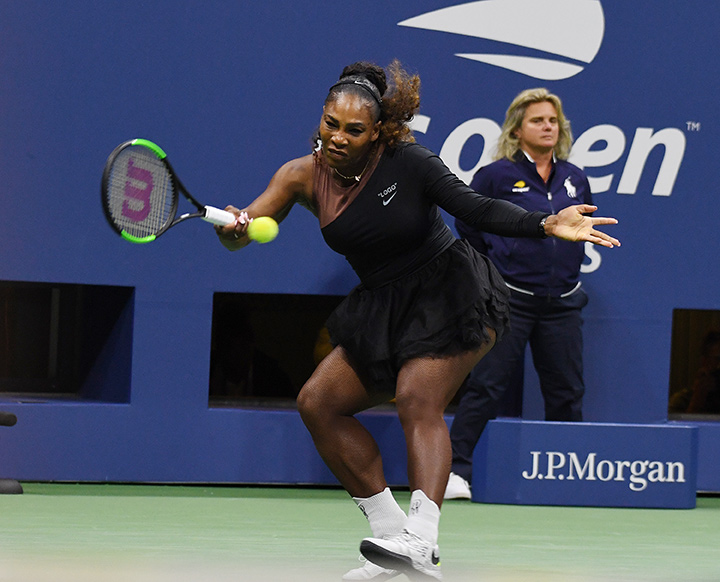 The third-round  clash was surprising short on drama despite a day of organiser hype and sellout ticket sales. But Serena did provide a small shiver as she rolled her ankle on the road to the win.

A medical timeout and a strapping fixed the problem as the pair played on to equal the worst loss by Venus to her 36-year-old sister.

“This was my best match since my return. I’ve worked really hard for it … and hopefully everything will keep paying off,” Serena said.

“I roll my ankles a lot so I just wanted to get it taped as tight as I could for the rest of the match and see how I feel.” 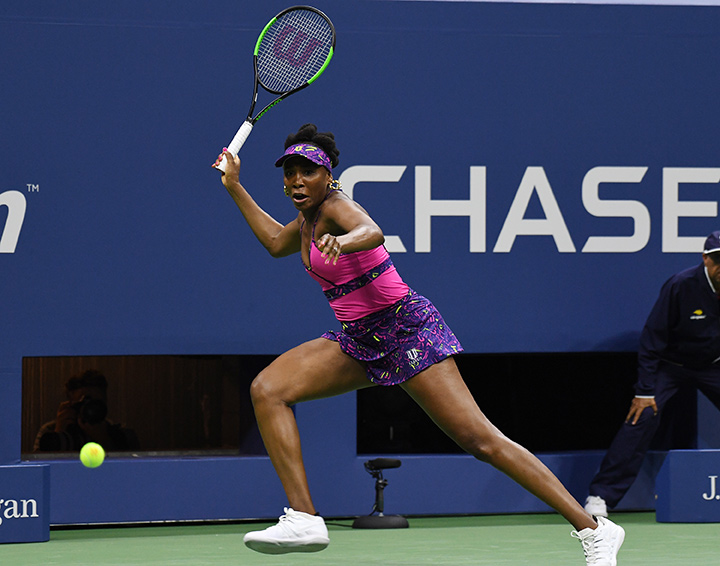 Even victory was subdued as the younger sister advanced over her sibling. “She didn’t win that match tonight because I just rolled over. She played untouchable tennis,” Venus said, calling the contest “the best match she’s ever played against me.

“She just did everything right. I never got to really even touch any balls. When your opponent plays like that, it’s not really anything to be upset about.”

Serena showed no celebratory signs as she moved on in the event. “Every time she loses, I feel like I do. It’s not easy but it’s a tournament and we all know that there’s more to life than playing each other and playing tennis.”

Sloane Stephens kept a grip on her Open title defence, reaching the third round with a 6-3, 6-4 defeat of former No. 1 and double Grand Slam champion Victoria Azarenka.

The American who at third is the highest seed remaining, went off the boil in the second set as she went down a break, but got it back and sprinted into the fourth round.

A  minor rain interruption allowed the Ashe stadium roof to be conveniently closed to that play could continue. 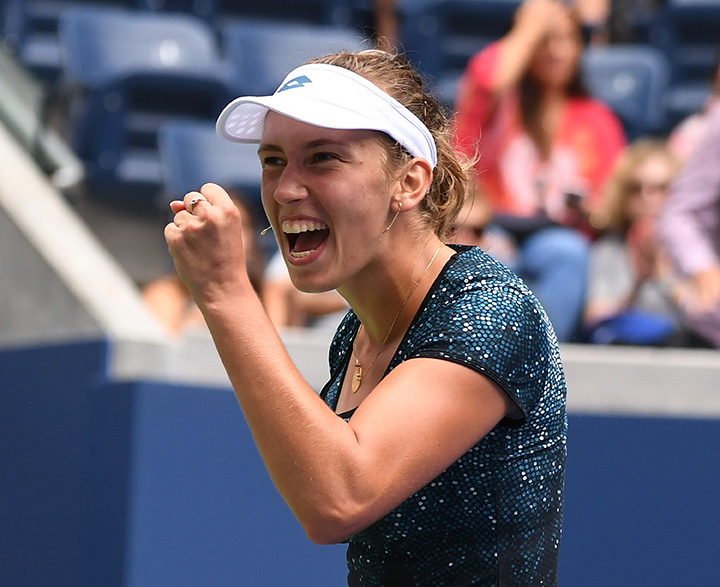 Third seed Stephens will have something to prove on Sunday when she faces a grudge-match date with Belgian 15th seed Elise Mertens, who knocked the American out in Cincinnati a fortnight ago.

Mertens, 22, has now reached the fourth round at all four majors this season. She did it this time with a 6-3, 7-6(4) win over over Barbora Strycova. 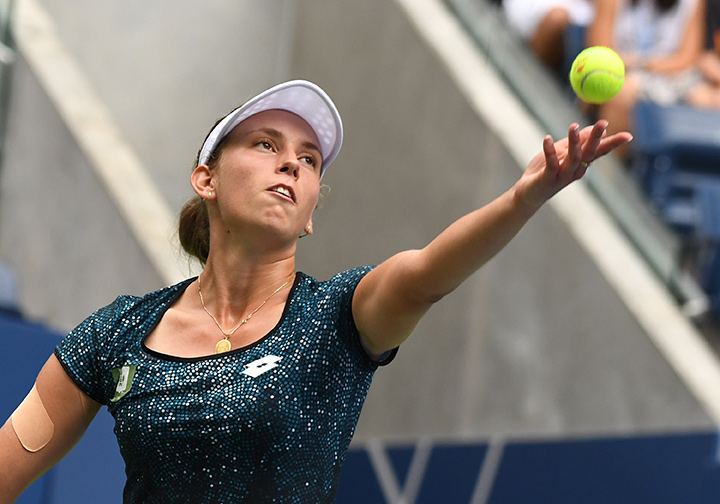 Against Stephens, Azarenka came form 1-3 down in the second set after dropping the first. and grabbed a 4-3 lead.

After the roof was closed, the seed got the break back on her way  to concluding the tie.

“When things got tough I hung in there,” Stephens said after victory in one and three-quarter hours.

The American levelled the series at 3-3, advancing with 20 winners as she beat an opponent who had not played here in three years due to motherhood and legal disputes over child custody.

“I just hung in there,” Stephens told the fans. “I was just battling as hard as I could.”

The match was the first to be played under the retractable roof of the Ashe show court. 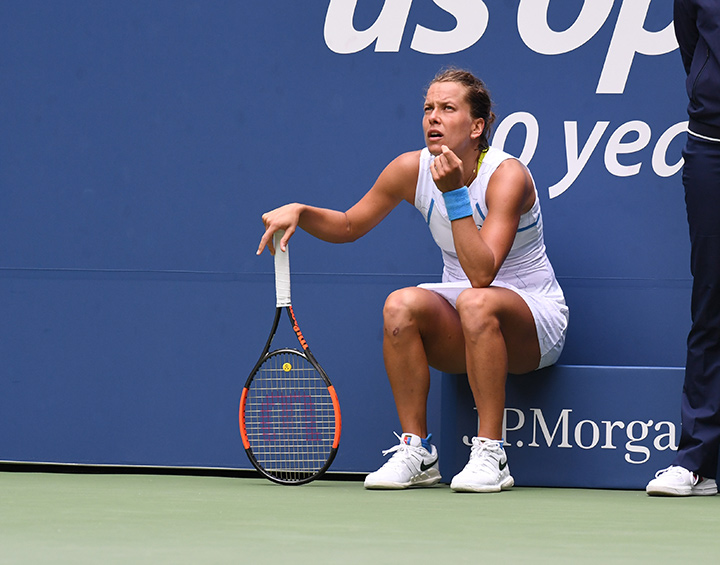 As sun was replaced by clouds at  the end of a heatwave week, seventh seed  Elina Svitolina reached the fourth round 6-4, 6-4 over China’s No. 52 Wang Qiang, taking just over an hour.

The Asian who beat Venus Williams in the Roland Garros first round in May also beat Stephens in the new Grand Slam champion’s first match after winning the Flushing Meadows title last year. 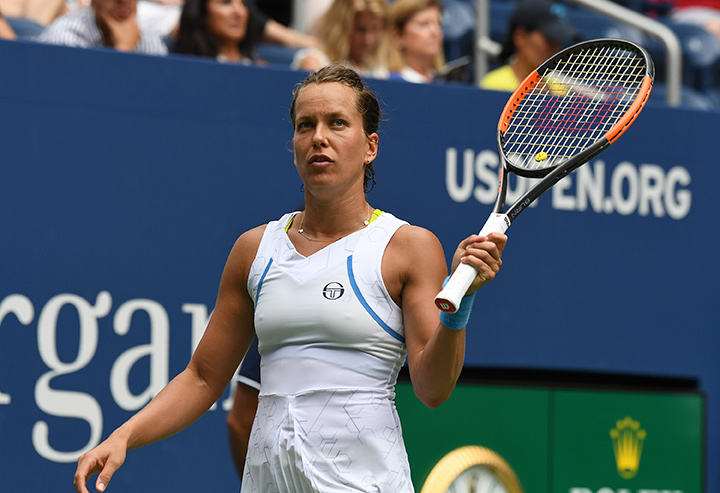 Svitolina won eight of the final nine points to ice victory; she next plays Anastasija Sevastova, who defeated Ekaterina Makarova 6-1, 6-2.