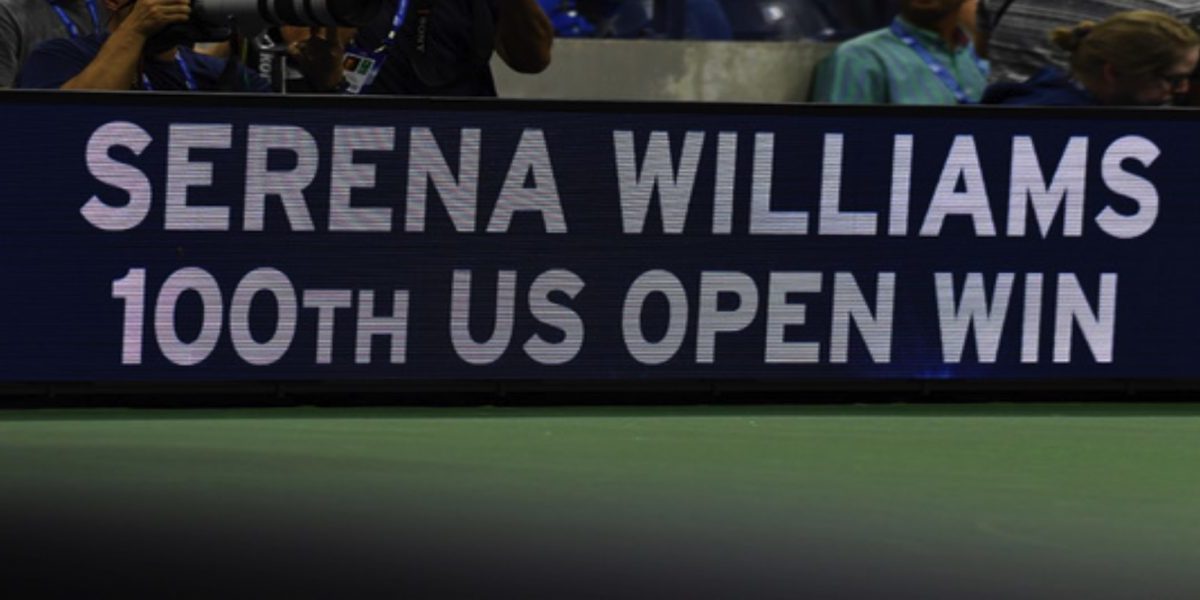 The Serena Williams juggernaut mowed down China’s Wang Qiang as the out-matched Asian managed only one game in a 44-minute quarter-final rout at the US Open on Tuesday.

Williams won her 14th quarter-final here and has not lost at this stage in New York since 2004. Victory marked her 100th match win at the final major of the season.

“It’s really unbelievable,” the player who turns 38 at the end of the month said. “When I first started here at 16, playing 100 never even crossed my mind.

The six-time winner completely dominated proceedings at the tournament where she lost the infamous 2018 final to Naomi Osaka.

Williams will face off for a spot in the Saturday title match against Elina Svitolina as the Ukrainian maintained a perfect slate against Johanna Konta with a 6-4, 6-4 win.

Svitolina, now into her first Grand Slam semi, has beaten Konta in all five of their matches; she is he first woman from her nation to get this far at Flushing Meadows.

She played a Wimbledon semi six weeks ago in a career breakthrough.

“She had a great year,” Williams said. “I feel she wants to go one further this time (than at Wimbledon). I have to play really well.”

Svitolina won the opening set and then took a 3-2 lead in the second with another break of serve; but Konta was having none of it, breaking back on a successful drop shot to pull even at 3-all.

Svitolina wasted no time in break back to re-establish her leading margin, 4-3. A game later, a mis-hit off the Konta racquet gave Svitolina a match point, which she returned long over the baseline.

The Brit saved a second match-winner in the game to survive, 4-5 before Svitolina ran out the winning scoreline a game later setting up a third match point with a stretching cross-court winner after just under an hour and three-quarters.

“It’s not every day you’re playing quarter-final of the Grand Slam,” the winner said. “To win that, it’s something special.

“I’m just very happy the way I handled the pressure. I had match points at 5-3 … I was close but I was very far.

“To serve it out is definitely very tough under the pressure.”

Konta seemed resigned to her fate: “I haven’t beaten her yet, that was the best she’s played against me.

“I didn’t play badly at all, I felt like I was doing a lot of good things out there, a lot of the right things.

“But she just made me play that extra ball. It’s frustrating, I would have loved to have come through a challenge like her.

“I guess it will just have to be next time.”