Serena insists injury not the reason for defeat 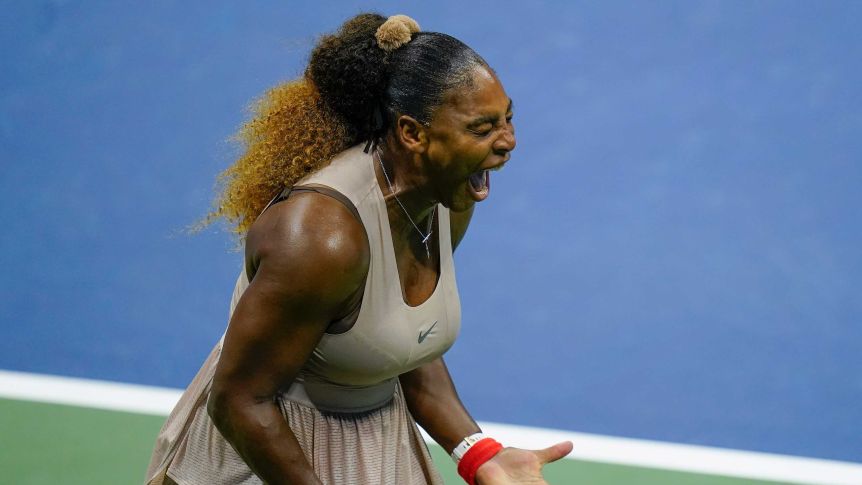 Serena Williams has insisted her Achilles injury was not responsible for her US Open semi-final defeat to Victoria Azarenka.

Williams injured her ankle early in the third set and required medical assistance. She asked the physio to put heavy strapping on the area.

“It wasn’t much,” Serena Williams explained. “I just was stretching. Like, I ran for a shot.

“Off that first step that I took, it was a long point – it wasn’t my ankle, it was actually my Achilles.

“It just overstretched. It was pretty intense. Then that was that.

“I mean, it feels fine. I don’t think it had anything to do. I think Victoria played well. It didn’t affect my play ultimately at all, just for that one point.”

Azarenka then earned a crucial break in the match, which proved decisive.

Earlier Serena had got off to blistering start and looked set for5 a final spot.

But Williams admitted she had made too many errors. “I made a lot more errors. I didn’t win a lot on my second serves,” she said.

” … I served well, but I didn’t dominate the way I needed to in that.

“I made some really key mistakes on some returns in the second set that I probably should have done better.”