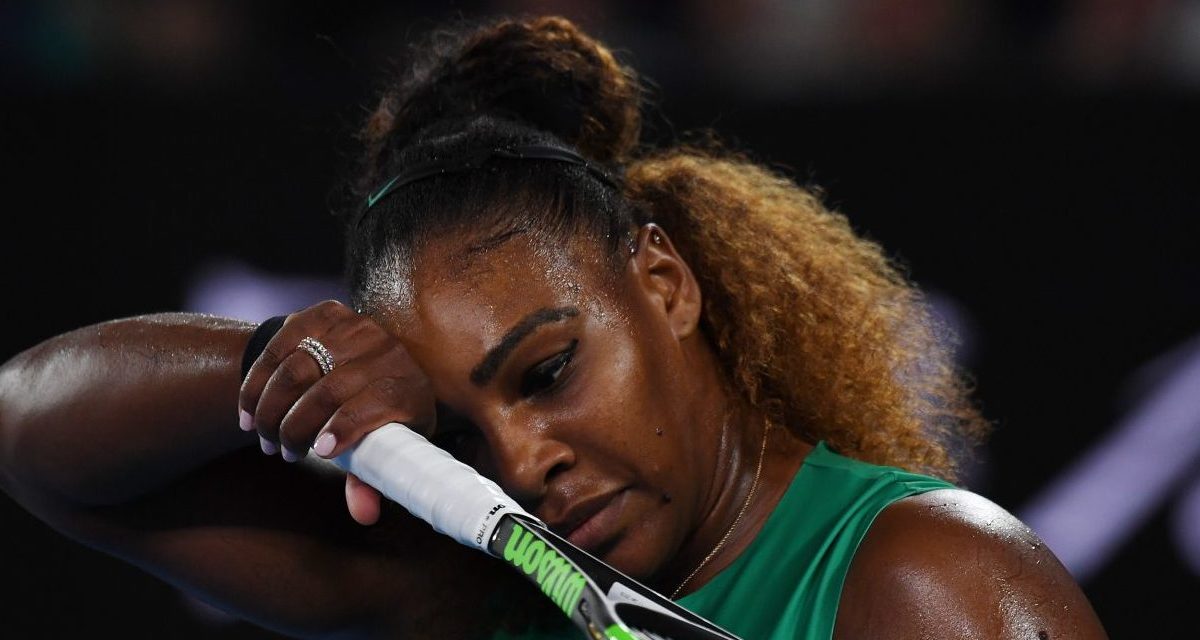 Serena Williams held off a final-set surge from top seed Simona Halep, reaching her 50th Grand Slam quarterfinal with a 6-1, 4-6, 6-4 victory on Monday at the Australian Open.

Williams, who has frequently topped the rankings but is now ranked 16th as she comes back after giving birth 16 months ago, has faced a No. 1 player in 2013.

Williams won her fifth straight against Romania’s Halep, whose rankings is now under threat.

Williams saved break points midway through the final set, earning a break of her own and serving out the match with a volley winner.

The American is trying to win her 24th Grand Slam singles title and pull level on the all-time mark of Margaret Court.

“It was an intense match, there were some incredible points,” Williams said. “It’s so cool to be back out here playing.

“I needed to elevate my game, she’s not No. 1 for no reason. I had to stay out there and play like I know I can.

“I did that and it made the difference.”

Naomi Osaka carried her US Open title momentum into the first major of 2019, with the fourth-seeded Japanese defeating Anastasija Sevastova 4-6, 6-3, 6-4 for her first Melbourne semi-final place.

Osaka, who thrashed frustrated and fuming Williams to win her first Grand Slam trophy in New York four months ago, has quietly been cutting her way through the draw at Melbourne Park.

The 21-year-old came from the brink after losing the opening set to her Latvian opponent. Leading 5-3, Osaka saved a break point and finally squared the match at ones set each before eventually taking victory.

The win was her 11th in a row at a Slam; it took just over an hour and three-quarters with 51 winners. .

Sevastova absorbed here second defeat this month to Osaka, who also beat her in Brisbane.

Fourth seed Osaka, Playing the Open main draw for only the fourth time, will next play No. 6 Ukrainian Elina Svitolina, who defeated American Madison Keys 6-2, 1-6, 6-1.

The match could be danger for Osaka, who lost twice to Svitolina last season in Dubai and Miami.

Svitolina will be playing in her fourth Grand Slam quarter-finals and second in a row in Melbourne.

“So far I think I have been serving really good. I have been returning solid,” Svitolina said. “I always try to put pressure on the opponent.

“I’m in the quarter-final because I have been solid in all the matches. It’s worked really good.”