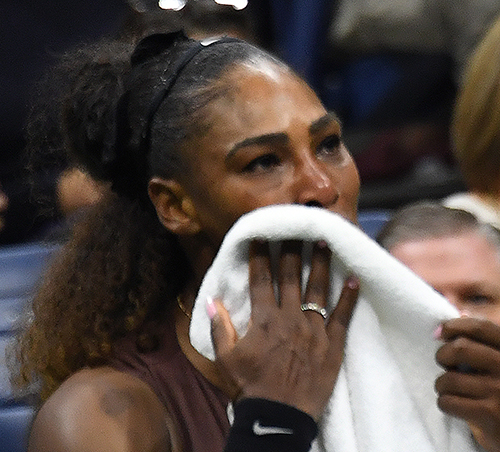 Serena Williams has indicated the end of her two-decade tennis career may be coming into sight in an article she wrote for fashion magazine Vogue.

The 23-time Grand Slam champion who turns 41 next month, could possibly pack it in as soon as she finishes at the US Open, which begins in just under three weeks.

The mother of one who ruled for seasons as the most feared competitor on the WTA, admitted that she is “evolving away” from the sport and focusing on “other things that are important to me.”

But she made sure not to use the R-word – retirement.

The huge hint on the upcoming end of an era was echoed in a cryptic Instagram post indicating “the countdown has begun”.

Williams has reached the second round of this week’s Toronto Masters event, a prime tuneup for the Open starting in New York on August 29.

Her Monday win over Spanish lucky loser Nuria Parrizas Diaz was only her second match this season after going out in the Wimbledon first round in June.

Williams has been stalled for some time in her longtime quest to tie the all-time record of 24 Grand Slam titles held by Australian Margaret Court from four decades ago.

After winning her last major in 2017, Williams may be givin up on her dream.

“Unfortunately I wasn’t ready to win Wimbledon this year. And I don’t know if I will be ready to win New York. But I’m going to try,” she wrote.

“I know there’s a fan fantasy that I might have tied Margaret that day in London, then maybe beat her record in New York, and then at the trophy ceremony say, “See ya!”

“I get that. It’s a good fantasy. But I’m not looking for some ceremonial, final on-court moment.

“I’m terrible at goodbyes, the world’s worst. But please know that I am more grateful for you than I can ever express in words.”

Williams wroe that even discussing retirement is beyond her capacity at the moment.

‘It is the hardest thing I could ever imagine,” she wrote, adding she’s “reluctant to admit to myself or anyone else that I have to move on from playing tennis.

“Alexis, my husband, and I have hardly talked about it; it’s like a taboo topic.

“I can’t even have this conversation with my mom and dad. It’s like it’s not real until you say it out loud. It comes up, I get an uncomfortable lump in my throat, and I start to cry.”