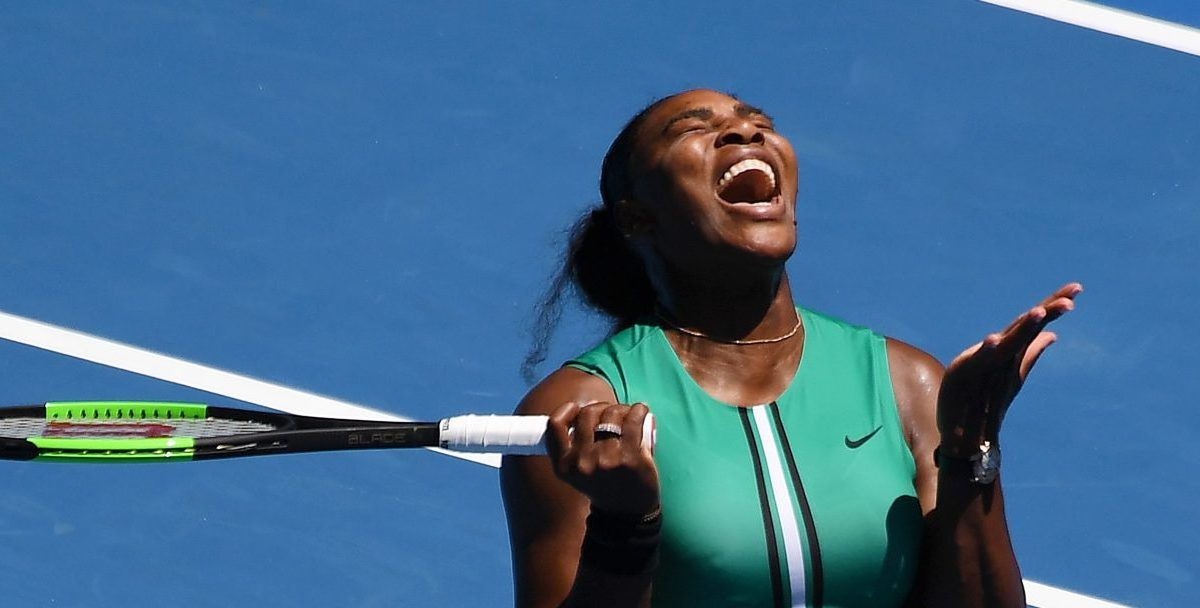 A comeback from her pregnancy which has been ongoing for 16 months is proving to be a huge challenge for Serena Williams.

And after losing a 5-1 lead in the final set against Karolina Pliskova, the 37-year-old 23-time Grand Slam winner is ready to “go psycho” the next time she’s in a similar winning position.

“Williams said that Pliskova, who reached No. 1 a few seasons ago, played “lights-out” tennis to beat her.”

“The next time I’m up 5-1 against anybody I just need to make sure I play lights-out when I have match points.”

The seven-time Melbourne winner added: “It’s little things like that that I used to do. It’s a good learning experience to know the next time that I have match point, like, Okay, just like go psycho on it”

The clock is ticking for Williams, who won her last Grand Slam at the Australian Open two years ago and has since stalled as she tries to level the all-time mark of 24 singles trophies at the majors.

Williams played down an ankle she rolled while failing on a match point in the seventh game of the final set; she said she needs to realise that her comeback is a project requiring many more months.

“It’s definitely not easy for me. From day one, I expect to go out and, quite frankly, to win,” Williams said 10 months after returning to the courts.

“That hasn’t happened. But I do like my attitude. It’s like ‘I’ve only been playing ten months, but I expect to win, and if I don’t, it’s disappointing.’

“I know that it’s going to happen sooner or later and I don’t like making excuses.”

After rolling her ankle, Williams did not win another point on serve as Pliskova swept seven straight games to move into the semi-finals and a match with Naomi Osaka.

Williams said she’s not stressing about trying to win her 24th singles title at a major.

“(My next chance) would be Roland Garros, we’ll see.

“I’m thinking that I should win (major titles), which is not practical”

“But I know there’s a lot of things that I need to do to get better. Ten months, soon to be 11 months, soon it will be 12 months. It just takes time.”

Pliskova squares off on Thursday against Naomi Osaka, whom she beat for a Tokyo title last September just days after her opponent’s US Open victory.
“I’m happy to play two days in a row, I’ll be ready for tomorrow.” The somewhat superstitious Pliskova said she would have her coaching and support staff join her in a post-match ice bath, with the team then going to their usual restaurant for dinner.
“Naomi is having a great run, but now that I’ve beaten Serena …” Pliskova said.
Osaka, seeded fourth, beat sixth seed Svitolina in 72 minutes to become the first Japanese women into a semi-final at a major here since Kimiko Date in 1994.
Osaka held Svitolina to four winners while striking 31 of her own and breaking five times.
“For me right now I just try to keep looking forward,” Osaka said. “I’m not really satisfied.
“I’m happy that I’m here, but at the same time, I want to keep going. There are more matches to win.”
https://youtu.be/2ZPrpKwAHZU
Svitolina was suffering with shoulder and neck pain, keeping her from 100 per cent.
“I felt pain from the beginning of the tournament here and there,” she said. “Unfortunately today was a little bit worse than I expected.
“It’s normal to have some tension during the Grand Slam and it happens, but unfortunately I couldn’t handle it today.”

Osaka said she was not distracted by a hampered opponent across the net.

“I tried to be consistent as I could,” the winner said post-match before interjecting out of nowhere that she felt hot and wanted to get off the court.
“I had one goal today – try as hard as I can and not get angry. I didn’t do that very well in the last two rounds.”
Share:
Facebook0Tweet0LinkedIn0Pin0