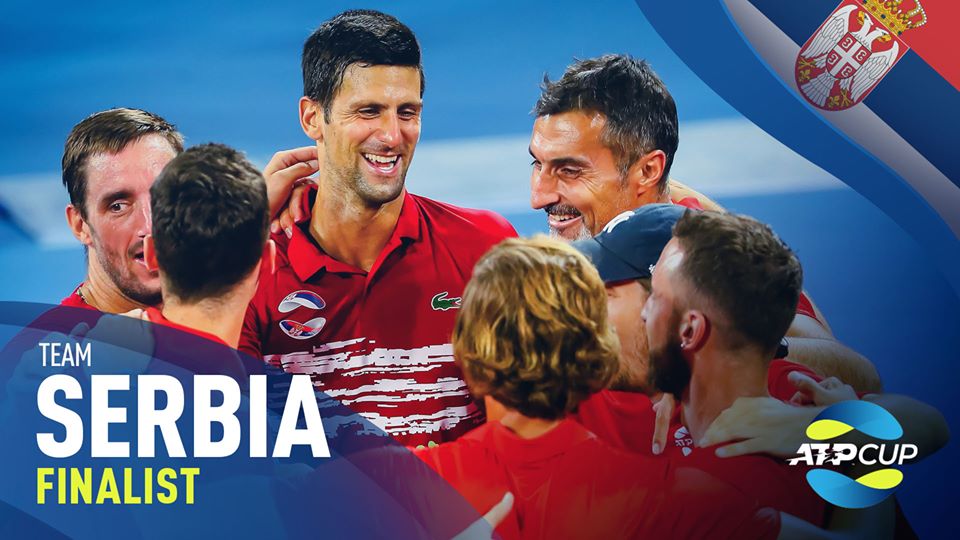 Novak Djokovic willed his way to a win over Daniil Medvedev on Saturday to send Serbia into the final of the ATP Cup.

The world No. 2 who spent three hours on court the day before in Sydney needed almost as much time in his semi-final win as he defeated the fifth-ranked Medvedev 6-1, 5-7, 6-4.
The high-voltage showdown with the US Open finalist gave Serbia a 2-0 winning scoreline in the tie; they await an opponent from Australia and Spain to be played later.
https://youtu.be/wol6UhHdSNI
Servia’s first point came form Dusan Lajovic, a winner over Karen Khachanov 7-5, 7-6(1).
Djokovic saved two break points as he served for victory and needed a second match point after Medvedev saved the first with a backhand winner.
Djokovic kept up his pressure, sending over his fourth ace for a second match point and came through for victory with a winner to the corner which the Russian could not return,
“It was an exceptional match,” Djokovic said. “I’ve been a lot of time on court, today was exhausting.

“Daniil is one of the best in the world, it’s so difficult to break him from the baseline.

“This was really one of my greatest challenges. I was grateful to share the experience with the Serbian fans who came out.”
Djokovic swept the opening set but was unable to complete victory in straight sets as Medvedev quickly rose to the challenge.
“he started figuring out my strategy,” Djokovic said. “I had to adjust, he was hitting fewer unforced errors.
The court conditions started to slow down and the balls got fluffier and heavier. It was tough to find an empty corner or a place to go past him.”
https://youtu.be/mL_w8Dx-Bwo
The winner called the effort “a big battle all the way to the last shot; I don’t know how I did it. We were both lucky today.”
Medvedev had been hoping to secure his third straight defeat of Djokovic after beating him a Monte Carlo and Cincinnati last season.
The match was the first between Top 5 singles players at the new event. Medvedev stood 4-0 in singles matches at the event prior to meeting Djokovic.
Share:
Facebook0Tweet0LinkedIn0Pin0 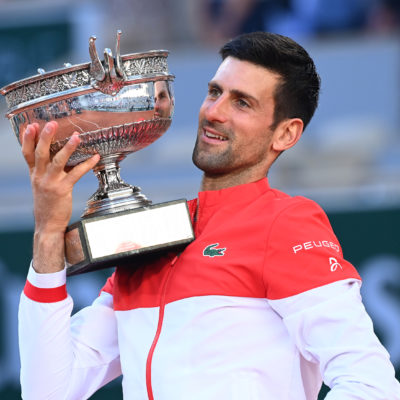