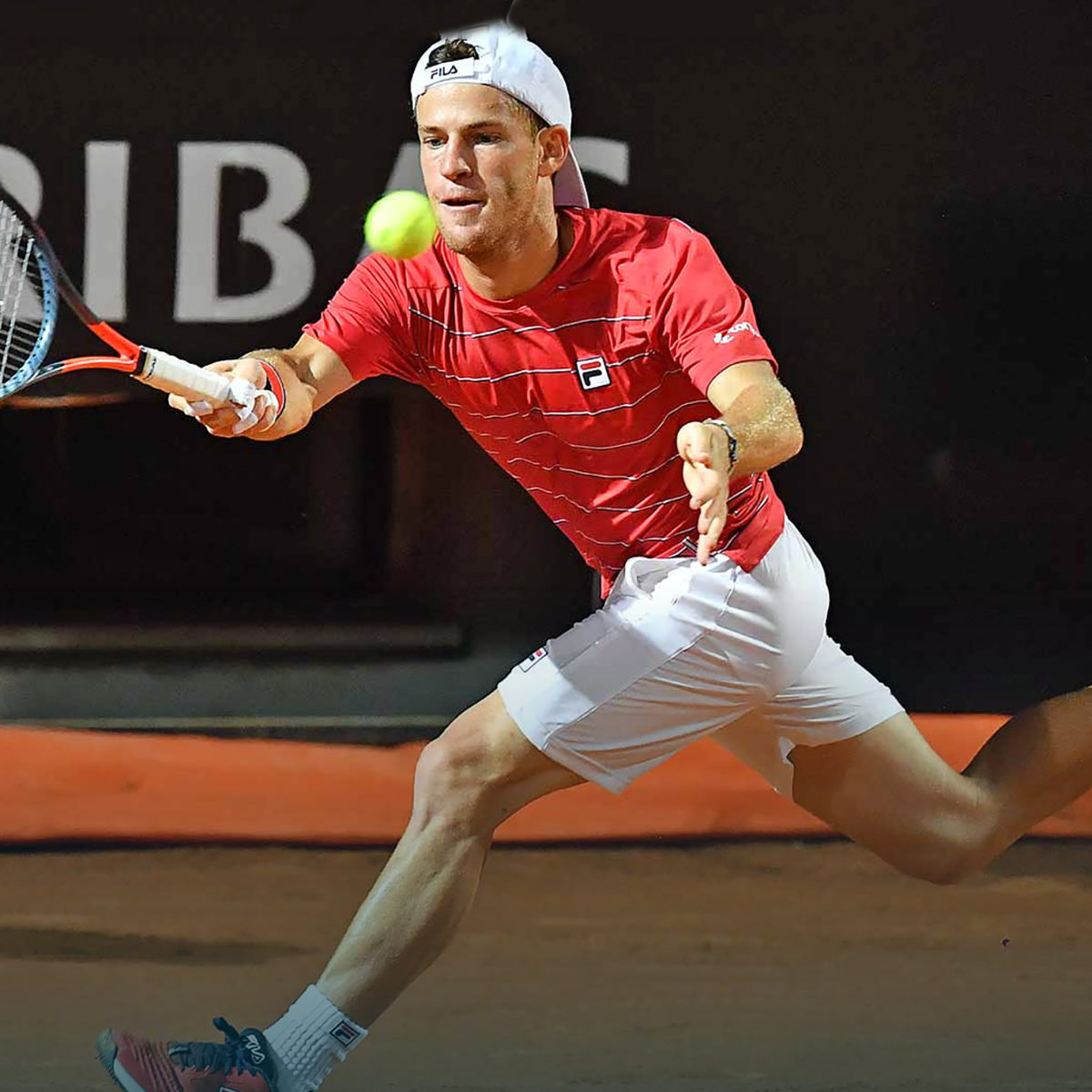 Diego Schwartzman followed up his knockout of Rafael Nadal 24 hours earlier by reaching his first Masters 1000 final with a hard-fought  6-4, 5-7, 7-6(4)  win over Denis Shapovalov on Sunday in Rome.

The Argentine will Monday play for the trophy in front of a limited number of 1,000 masked and distanced fans at the Foro Italico when he takes a 0-4 record into the final with Novak Djokovic.

Schwartzman admitted that the possibility of reaching the ranking Top 10 for the first time was in the back of his mind as he worked for three and a quarter hours to beat Canada’s Shapovalov.

If the South American can stop Djokovic on Monday, he will be ranked 10th; otherwise, Shapovalov will assume that spot in the table.

The third set was littered with six breaks of serve, with Shapovalov committing two consecutive errors to hand his opponent a match point.

Schwartzman didn’t disappoint as he immediately took victory as Shapovalov hit the net with a forehand.

“I was not playing my best tennis before coming here, I just wanted  to get some matches and some confidence on clay,” the winner said.

“I’m very, very happy, today was a crazy match. We were not serving very well and there were many breaks in the third set.

“Maybe it was not the best to see, but at lest I have the win.”

Eighth seed Schwartzman said a Top 10 ranking would be a career dream. “I was fighting for that in this match I knew I had to win.

“I took my chances and in the end that’s why I won.”

Shapovalov went for broke throughout, ending with 49 winners and 58 unforced errors, the figures for Schwartzman were a more modest 25 and 27.

There were 29 break chances in the match with each man converting on six.