Say goodnight to this 3am madness 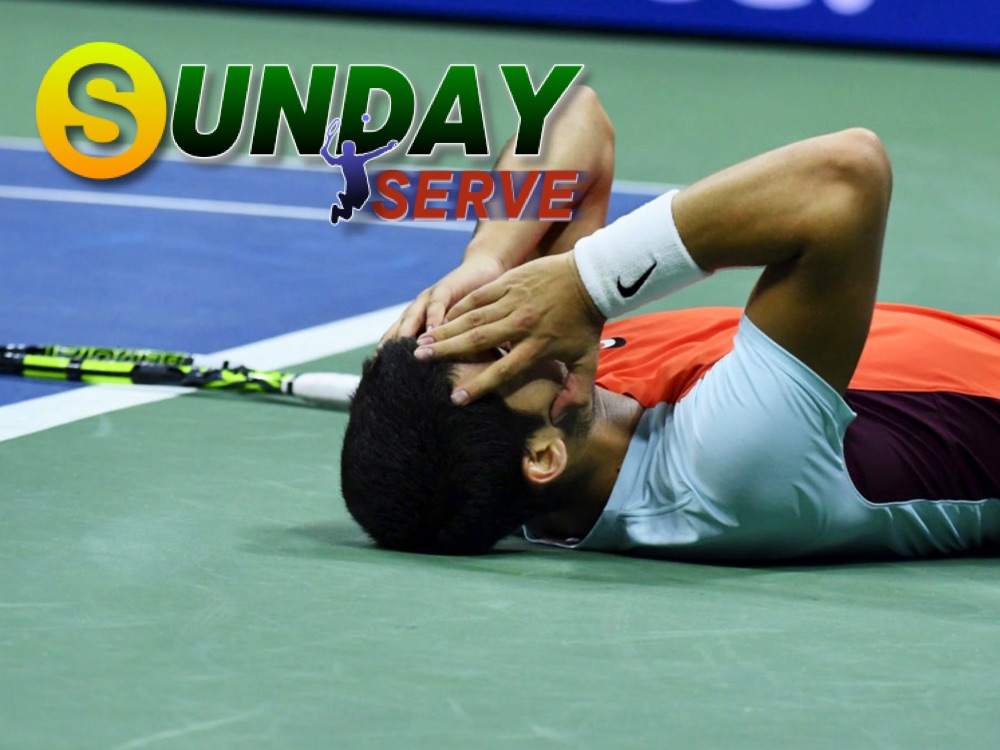 THE US Open may think playing until 3am an amusing curveball to throw at viewers, but in reality there is very little marketing value at all in what we saw in New York last week as young Spaniard Carlos Alcaraz emerged victorious after a five-hour and 15-minute battle against Italian Jannick Sinner.

For many millions of American tennis fans watching on the east coast of the USA it ended way too late – as it did for those on the west coast.

And what about the few who stayed to watch in the stadium?

Before having to negotiate New York’s virtually non-existent (and dangerous) public transport system in the early hours of the morning.

Then ask around the world who else was awake to watch it.

Europe had long gone to bed and very few would have been around at 8 or 9am in London or Paris watching.

Australians would have been at work and any at home, would either be watching yet another re-run of The Young and Restless or picking up their kids from school.

The previous record for the latest finish to a US Open match was 2:26am, which had been set three times before, so this almost 3am finish was, in the view of many tennis correspondents, madness.

Before we look at the logistics of these nocturnal net encounters, let’s ask after the welfare and ability of these elite athletes.

Does any other sport ask its very best to play at these bizarre times?

Do any other sports even contemplate the idea?

No, they don’t. They value their assets – those elite players – far more, it seems, than the marketing suits at the USTA.

BBC broadcaster David Law tweeted: “Carlos Alcaraz won his match against Marin Cilic at 2.24am. He came to a press conference at 3am. After eating, warming down and any treatment, probably gets to bed about 6am. Tennis is the only sport that does this. It should actively try to find a way to stop doing it.”

We couldn’t put it better, and many fans also questioned the wisdom of major sporting event more fun tune with Count Dracula than Carlos Alcaraz.

“Fabulous match, clearly. But playing two singles matches in the night session is asking for trouble and – as I am sure all players would agree – finishing so late/early in the morning is no good for anyone,” said one fan on Twitter.

Another added: “No other sport expects its athletes to perform at these times.”

No, the certainly don’t but therein lies the dilemma for US Open organisers.

The original idea of night matches in 1975 was well received back then – it allowed people who worked or went to school to be able to view their favourite sport.

And creating an even that appeals to everyone is an almost impossible task – tennis players are a mixed bunch, some don’t like paying in midday sun, others hate night matches and there are even some who superstitiously don’t like the first match of the day – or the last.

TV schedules often rule match starts – ESPN will want to grab a big slice of that evening audience sat at home channel hopping, but Wimbledon doesn’t have late night finishes and its television audiences don’t suffer from the lack of night transmissions.

Two and even 3am finishes are of no benefit to anyone – certainly not the players – so please USTA stop this marketing madness.

A FEW hours after lifting aloft the US Open trophy at Arthur Ashe Stadium on Saturday evening new champion Iga Swiatek found a special prize inside.

Swiatek removed the lid of the trophy to find a sweet treat inside — tiramisu.

The world No. 1 has a sweet tooth and is known to treat herself to the Italian dessert on days off.

JESSICA Pegula’s face during her press conference after her loss last week was sweetened somewhat by some wonderful product placement.

While listening to the reporters’ questions, she sipped a well-known Dutch beer and looked a bit relaxed.

Then when confronted about it, Pegula said that the beer would help her dope test.

“I’m trying to pee for doping … although it does help ease the loss!” she said.

NICK Kyrgios’ deep run into week two of the US Open was damaged by $14,000 fine for his final act at on Tuesday when he destroyed two rackets after a loss in the fourth round to Karen Khachanov.

Kyrgios, 27, has amassed $32,500 in fines at the final Slam of the year, but his last act – slamming two rackets on the court at Arthur Ashe Stadium – earned him the biggest fine handed out in New York this year.

THERE’S always been some sort of a ‘special’ relationship between the UK and the US and before Thursday’s semi-final between Ons Jabeur and Caroline Garcia it became evident how close that bind still is when a ‘moment of silence’ was held in honour of Britain’s Queen Elizabeth, who had passed away earlier in the day.

The tournament takes place in the borough of Queens, which is believed to be named for another late monarch, Catherine of Braganza, who was the Queen of England, Scotland and Ireland during her marriage to King Charles II from 1662 until 1685.

ROGER Federer shared his condolences to the British Royal Family on Thursday following the death of the Queen.

“I am deeply saddened by the passing of Her Royal Majesty,” Federer wrote on Twitter.

“Her elegance, grace and loyalty to her duty will live on in history. I would like to send my thoughts and condolences to the entire Royal Family and Great Britain.”

Federer, along with Serena Williams, Novak Djokovic, Andy Roddick, Venus Williams and Caroline Wozniacki, met the Queen at Wimbledon in 2010 when she attended the event.

“Just enjoyed sitting right next to her at lunch really and getting a chance to know what kind of a person she is, because you hear a lot obviously about people of her status,” Federer said.

“It was nice. She was very friendly, very relaxed. You could tell she’s done this a million times. She made everybody feel very special at the table, one of those things you’ll never forget, and be able to tell to your kids or someone down the line.”

ROMANIAN tabloid newspaper Cancan has claimed Simona Halep’s split from new husband Toni Iuruc is down to her coach.

Cancan published a story yesterday claiming that since she signed a contract with Patrick Mouratoglou in April Iuruc has not attended any of her matches.

Subsequent management deals, which also included firing her manager manager Virginia Ruzici, saw her sign a new contract with Swede Nina Wennerstrom, a ‘collaborator’ of Mouratoglou. Cancan’s words, not ours.

Iuruc has never travelled to the south of France to watch Halep train and only arrived in the US a few days before the start of the US Open.

“Toni and I decided by mutual consent to go our separate ways. I would like the press to respect our privacy and treat this subject with decency and discretion,” Halep wrote on Instagram Story.

Was the Frances Tiafoe’s clash with Carlos Alacaraz ‘that’ boring?

One woman obviously thought so, as she was caught on camera knitting during the match.

“Imagine being in the same room as Michelle Obama, watching an epic tennis match, and all you ca. [sic] think about is knitting,” one tweeted.

Its is New York after all… earlier in the week, YouTube star JiDion got a haircut during the match between Nick Kyrgios and Karen Khachanov.