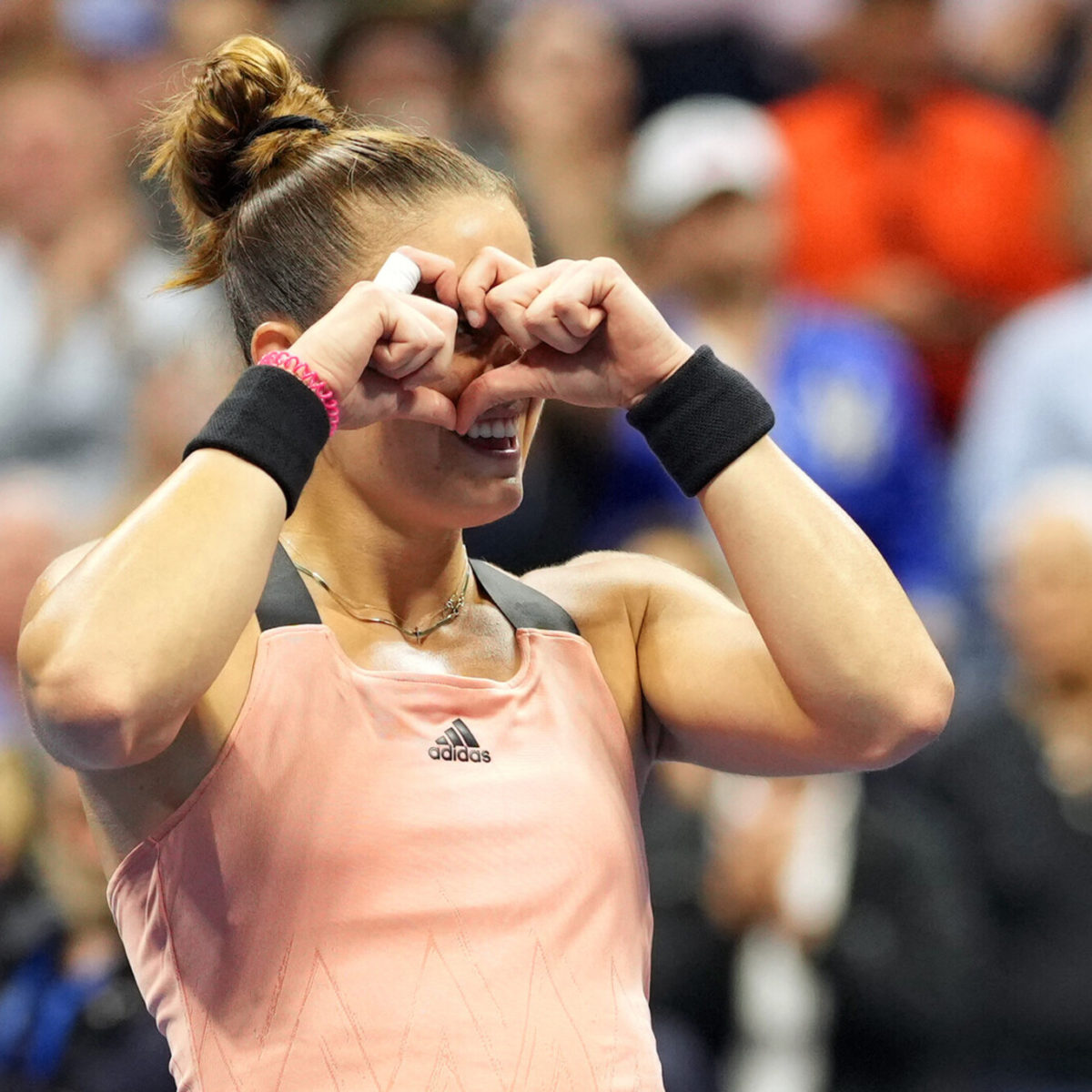 Maria Sakkari says she will not start as favourite when she meets Emma Raducanu in US Open semi-finals tomorrow.

The pair will meet for the first time on Friday evening in New York as Raducanu aims to become the first British woman to reach a Grand Slam final since Virginia Wade at Wimbledon in 1977.

Neither have played a slam final but Sakkari would be considered the more experienced, at 26, with more tour time than the rookie Brit.

“She’s a new player on tour so I don’t know much about her,” Sakkari said.

“Obviously she’s having the tournament of her life. She deserves to be here. She has won all these matches.

“But I wouldn’t call myself the favourite. I think we all have equal chances of winning the semi-finals and then winning the title. I would give 25 per cent to each starting tomorrow, then 50 to the two finalists.

“We are all here for a reason. We’re all playing well. It was not like we had five walkovers. I’m excited to play a second semi-final this year.”

Sakkari will be the oldest of the four remaining players; Aryna Sabalenka is 23, Canada’s Leylah Fernandez just 18, like Raducanu.

“I’m not old. I think I’m the best age of my career. I’m more mature than before,” Sakkari added.

“But it’s now paying off and I’m very happy that at the age of 26 I can actually achieve these results.”