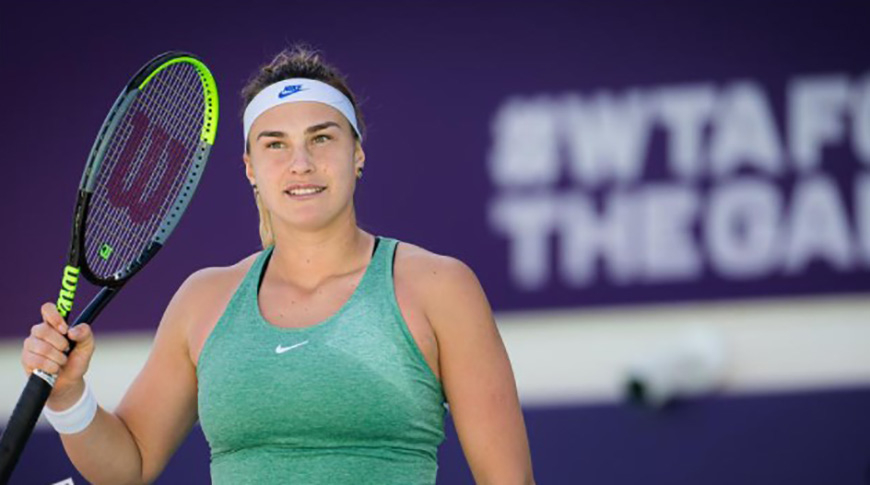 On-fire No. 4 Aryna Sabalenka notched her 14th straight match win on Tuesday, beating Maria Sakkari of Greece, 6-3, 6-2 to book a spot in the mid-week final of the WTA Abu Dhabi event.

Due to the COVID-19 chaos, the opening tournament of the season is being played on an unusual schedule to mesh with Australian Open quarantine set to begin this weekend in Melbourne.

The Belarus belter, who has not lost a match since early October in the Roland Garros third round, will bid for the ninth title of her career from her 13th final.

The 22-year-old who needed less than an hour to prevail, will face off in the title match in the Emirate capital against Russian Veronika Kudermetova, who beat 99th-ranked Ukrainian Marta Kostyuk 7-6(8), 6-4.

“I’m not thinking about all the wins,” Sabalenka said. “I just want to keep winning.

“I think my focus is in the right space: my game, my movement and what I can do in the moment.

“It’s been working really well for me. There are things I can improve in my game, there is a lot to work on.

“But I’m worried about losing, just improving myself.

Sabalenka has had a run of form in the Gulf, winning Tour titles in Dubai and Doha last season.