Sabalenka sails to victory over best mate in Linz final 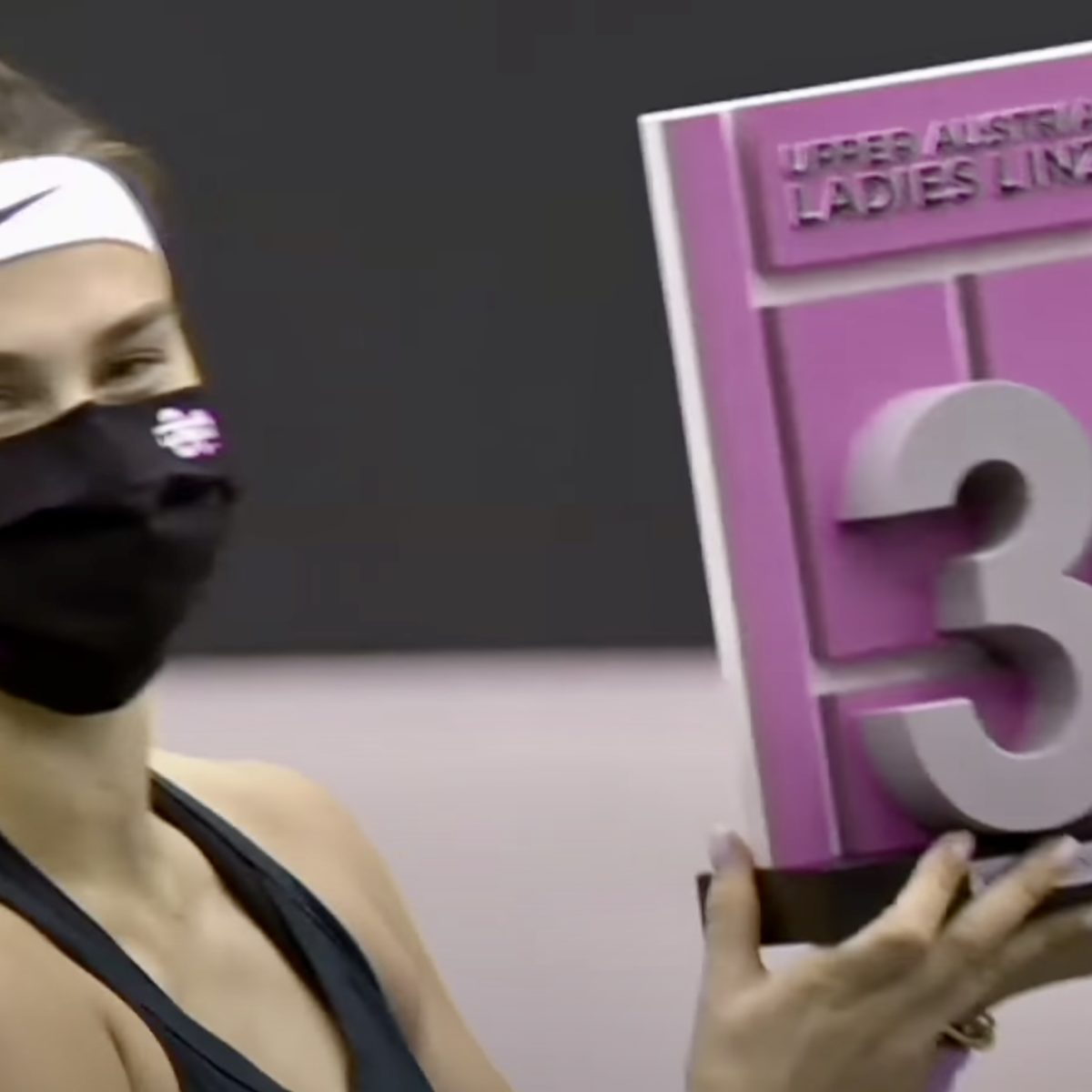 Aryna Sabalenka concluded the 2020 WTA season in style, with a 7-5, 6-2 defeat of doubles partner Elise Mertens to win the Upper Austrian Ladies on Sunday.

The Belarus top seed claimed her third trophy of this COVID-affected campaign in one and three-quarter hours, breaking her Belgian opponent five times and overcoming seven double-faults.

Sabalenka moved alongside Simona Halep on a WTA-leading three titles in 2020; she also won Doha in February and Ostrava last month, her last event

The 22-year-old from Minsk will record a career-first Top 10 year-end finish after winning her last nine matches.

“It was tough to play against Elise,” the winner said. “Hopefully we will be playing many more finals.

“This is a tough period and I really appreciate the chance to play here.

“It’s been an amazing week, I’m really happy to end the season with a title.”

Sabalenka improved to 4-2 over her good friend, with the one-time No. 9 returning to the tenth ranking position heading into an uncertain 2021 season.

Mertens had been hoping to lift her first trophy since early 2019 in Doha. The Belgian served for the first set but was undone as she immediately lost serve.

Sabalenka made an heroic defence in the 11th game which featured seven deuces and three break points before breaking again to claim the opener.

The Belarus player carried her momentum into the second set for a 3-0 lead  and secured victory in the final game of the match with a concluding break wrapped up with a backhand winner on match point.