Sabalenka run over, as Brits get off to solid start 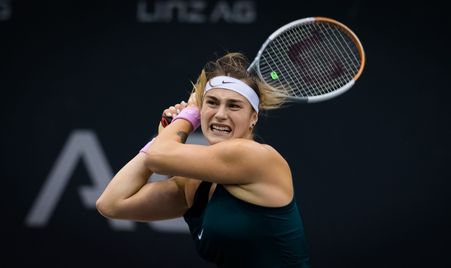 “When I play well and aggressive, I think it’s tough for anybody to beat me,” Kanepi said in a post-match interview.

Tne 35-year-old Kanepi converted six of her seven break points en route to her win over on Margaret Court Arena.

Boulter came from behind to beat Coco Gauff 3-6, 7-5, 6-2. Gauff served for the match at 5-4 in the second before Boulter began the fightback.

She hit 13 of the next 14 points, to level the match and took a 4-2 lead in the third with a superb forehand winner to cruise home.

Konta had little trouble in a game tent lasted 81 minutes.