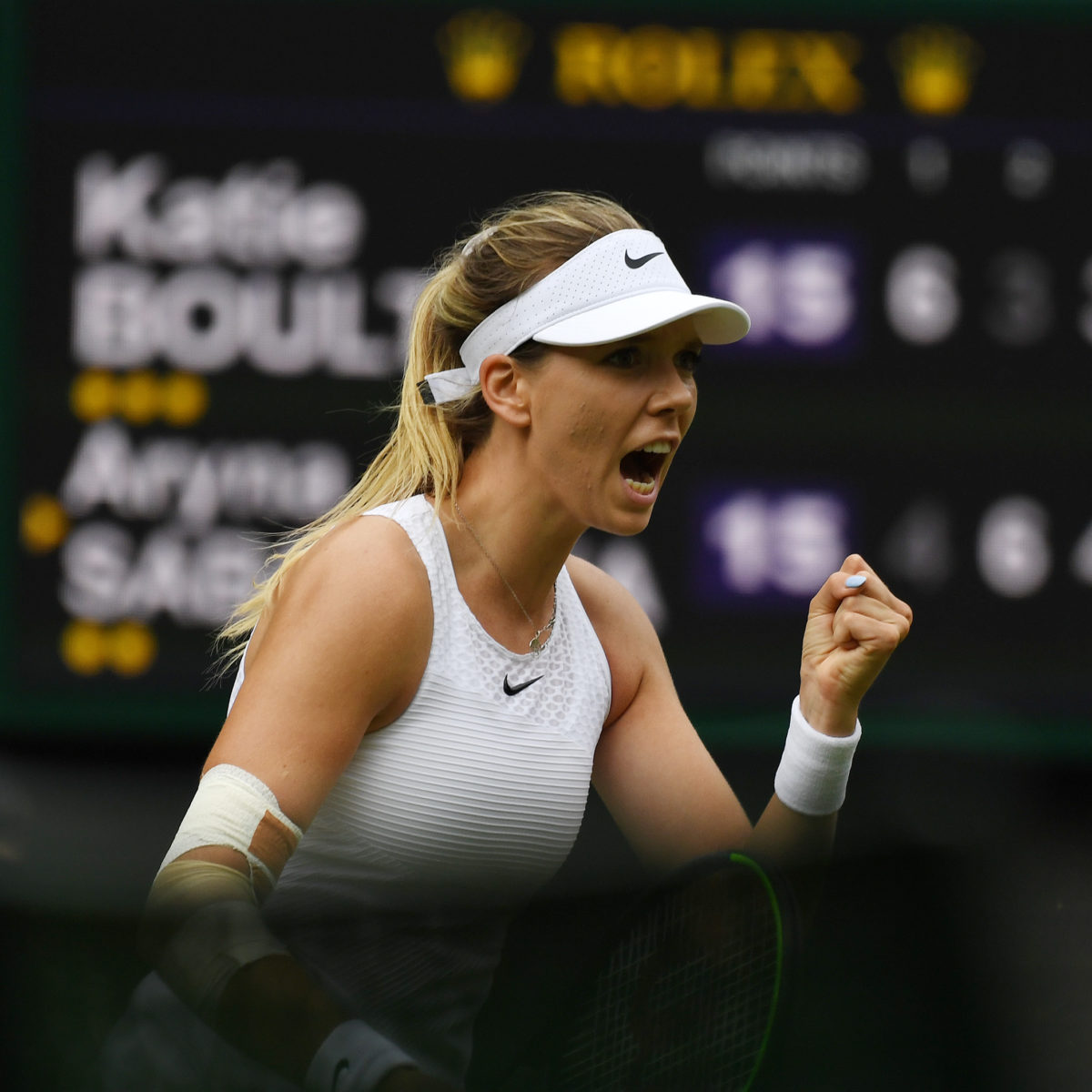 Brit Katie Boulter made the most of her first appearance on Wimbledon’s Centre Court but could not get past the fierce game of second seed Aryna Sabalenka in the second round on Wednesday.

Sabalenka has been seeded at her last 11 Grand Slam but never gone past the round of 16 at a major.

The seed backed up her defeat of Boulter in the same stage of the 2019 Australian Open.

Boulter, her right elbow heavily taped, profited from a case of nerves from Sabalenka, winning the opening set before dropping the second.

The third was drama-packed as the local was unable to convert on six break points in the 11-minute eighth game, while Sabalenka won before breaking a again to wrap up victory.

“It was really tough today, she’s an unbelievable player,” the winner said. “I really wanted to win this match and I’m happy with the win.

“i was nervous a lot today and didn’t feel my game well at the beginning.

“I’m glad I could come back and finally win.”