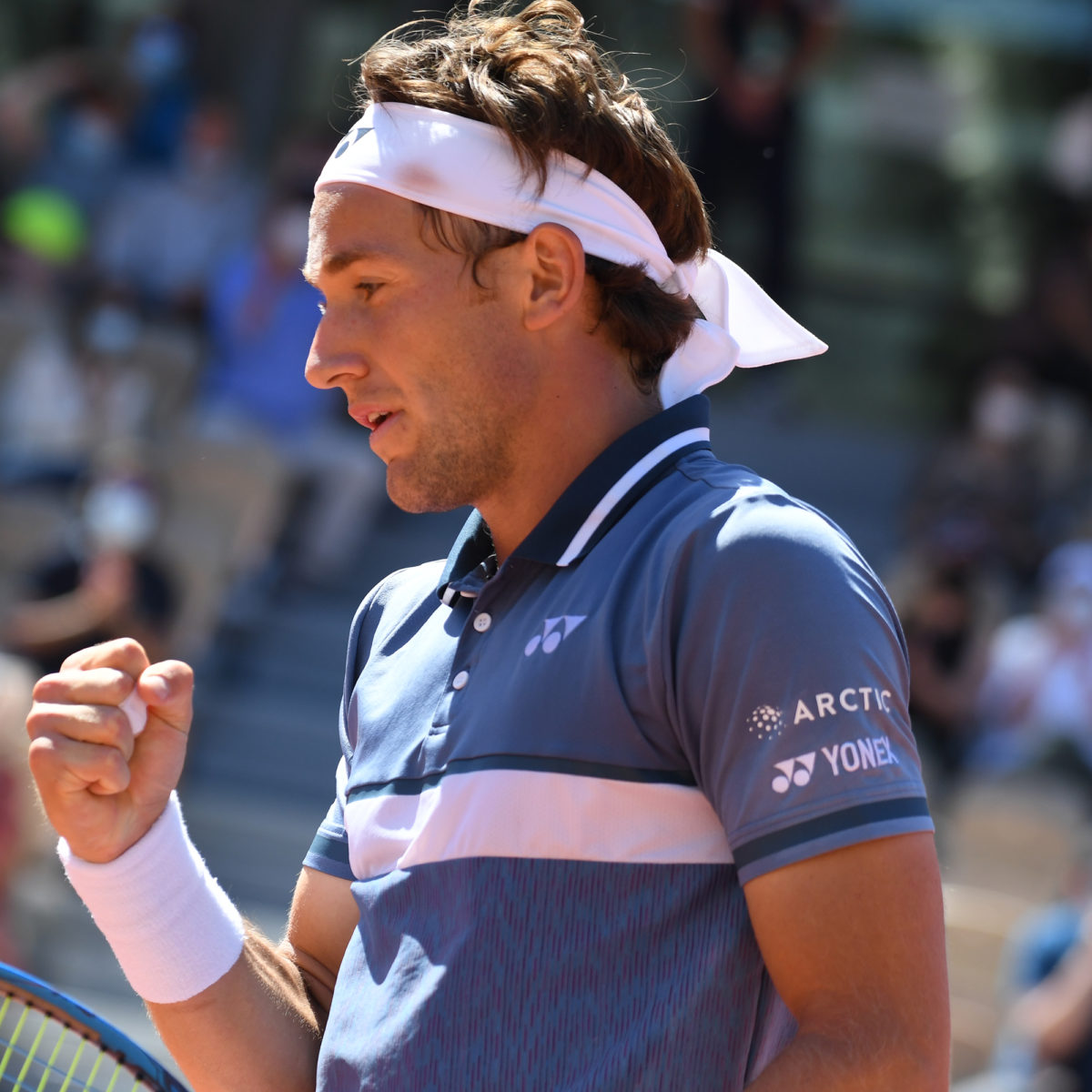 Casper Ruud rolled into the French Open third round on Wednesday with the Norwegian hoping to build up a fearsome reputation in the style of Rafael Nadal.

The 15th seed, whose father Christian played on the Tour two decades ago, earned a 6-3, 6-2, 6-4 defeat of Poland’s Kamil Majchrzak.

Ruud, holder of clay titles in Argentina last season and Geneva last month, is hoping to reinforce his growing dominance on the clay, even striking fear into some opponents.

“You build some respect in your opponents’ minds maybe when you win a lot of matches,” the 22-year-old said. I feel like this year has been a little bit like this for me.

“When people are facing Nadal on the clay, many of them will already

think they lost before going out on court because they know how tough it will be.

“If I can maybe achieve a small percentage of that kind of respect he has from other players, I’d be happy with that – but I’m not sure if I’ve come to that point yet.”