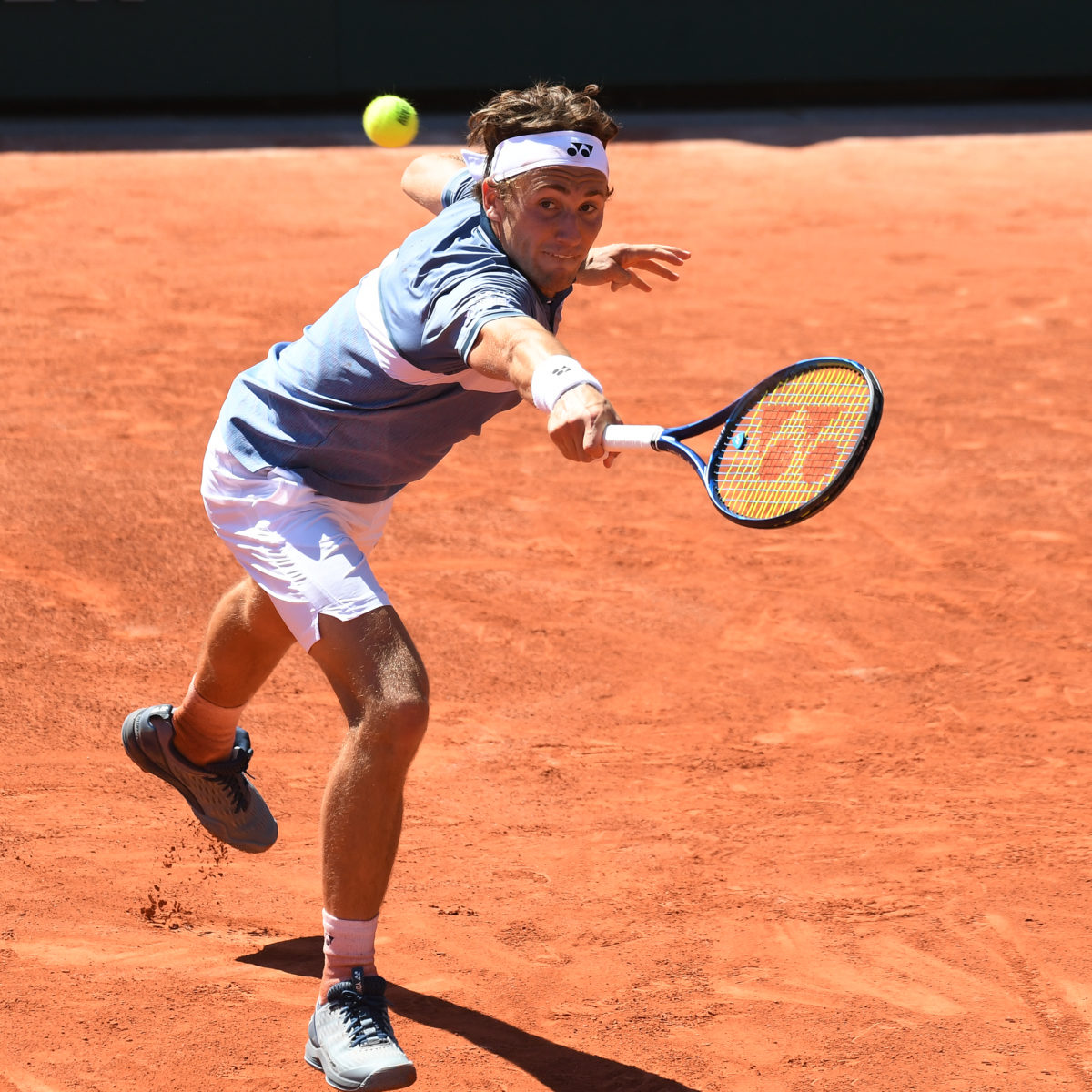 Casper Ruud ran his win streak on clay to five in a row on Thursday as he beat Denis Novak 6-4, 7-6(5) to open his account at the Swiss Open.

The third seed who came to this alpine village from a Swedish trophy lat weekend in Bastad, controlled his 124th-ranked opponent in sunny, hot conditions with balls flying in 1,050-metre altitude.

The Norwegian ranked 14th is taking aim at breakthrough Top 10 status and provisional 10th standing in the eight-man ATP Finals in November in Turin .

Ruud now leads the Tour with 38 clay wins over the past two COVID-affected seasons.

““I have an incredible motivation to play on clay this year, especially after the cancellation of clay events last season,” Ruud said.

“I’m playing with a high intensity and good mentality on every point. At this level, it is normally a couple of points that decide a match.”

The winner with five aces who never faced a break point against Novak added: “It was a tight second set today that could have gone either way.

“If I hadn’t won that second set it would have been a tough three setter.”

.The seed who is enjoying the more laid-back atmosphere in relatively COVID-sucure small-town venues like Gstaad, is currently riding his highest career ranking at 14th but with a chance to break new grounds should his progress on clay continue this week and next in Kitzbuehel.

A dream of qualifying for the year-ender is starting to come into focus.

“It’s something you look up to, it shows you have been one of the best players on Tour,” he said.

“It’s  definitely something I’m aiming for. If it happens this year that will be amazing.

“In tennis, you need to take your chances and earn your way up.”