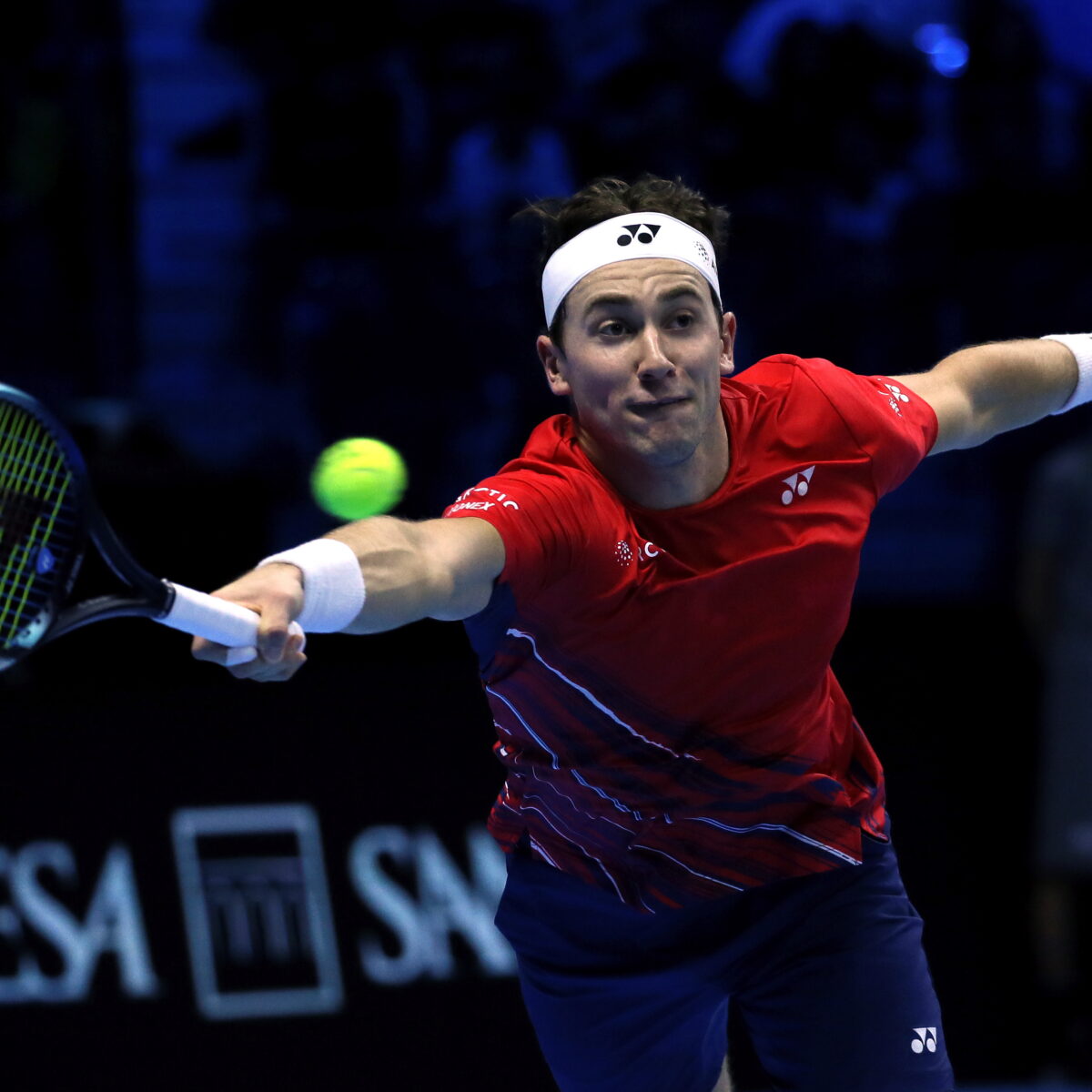 Norway’s Casper Ruud reached the title match of the ATP Finals on Saturday as he rolled over a tapped-out Andrey Rublev 6-2, 6-4, becoming the first Scandinavian into the final since Stefan Edberg in 1999.

The 23-year-old who could move to second behind Carlos Alcaraz in the rankings with a title win on Sunday over five-time champion Novak Djokovic, was competing in his second semi-final from as many appearances at the season wrapup in Turin.

Ruud preyed upon Rublev, who scored an emotional upset of Stefanos Tsitsipas 24 hours earlier, was clearly out of energy as he faced French and US Open finalist for the sixth time after winning four of those encounters.

It took 69 minutes for Rudd to prevail, converting on all four of his break points..

“I saved some of my best for last,” Ruud, 4-1 this week, said. “Of course there is one more match to be played.

“This is kind of an over-achievement 0 I didn’t count on it, but you can always hope.

“I believe that I can compete at this level and hopefully beat these guys. My serve has improved a lot, I’m happy with the progress.”

Ruud was totally dominant against his disillusioned opponent who tossed his racquet harmless to the side of the court when he lost serve to trail a set and 5-1.

But Rublev, the crowd favourite as underdog, delayed the inevitable outcome as he broke to love for 4-5 before his opponent finished his evening’s work a game later.

The Norwegian who served a pair of aces in the final game, has never beaten finals opponent Djokovic in three matches.