Ruud on a roll into third Masters semi-final 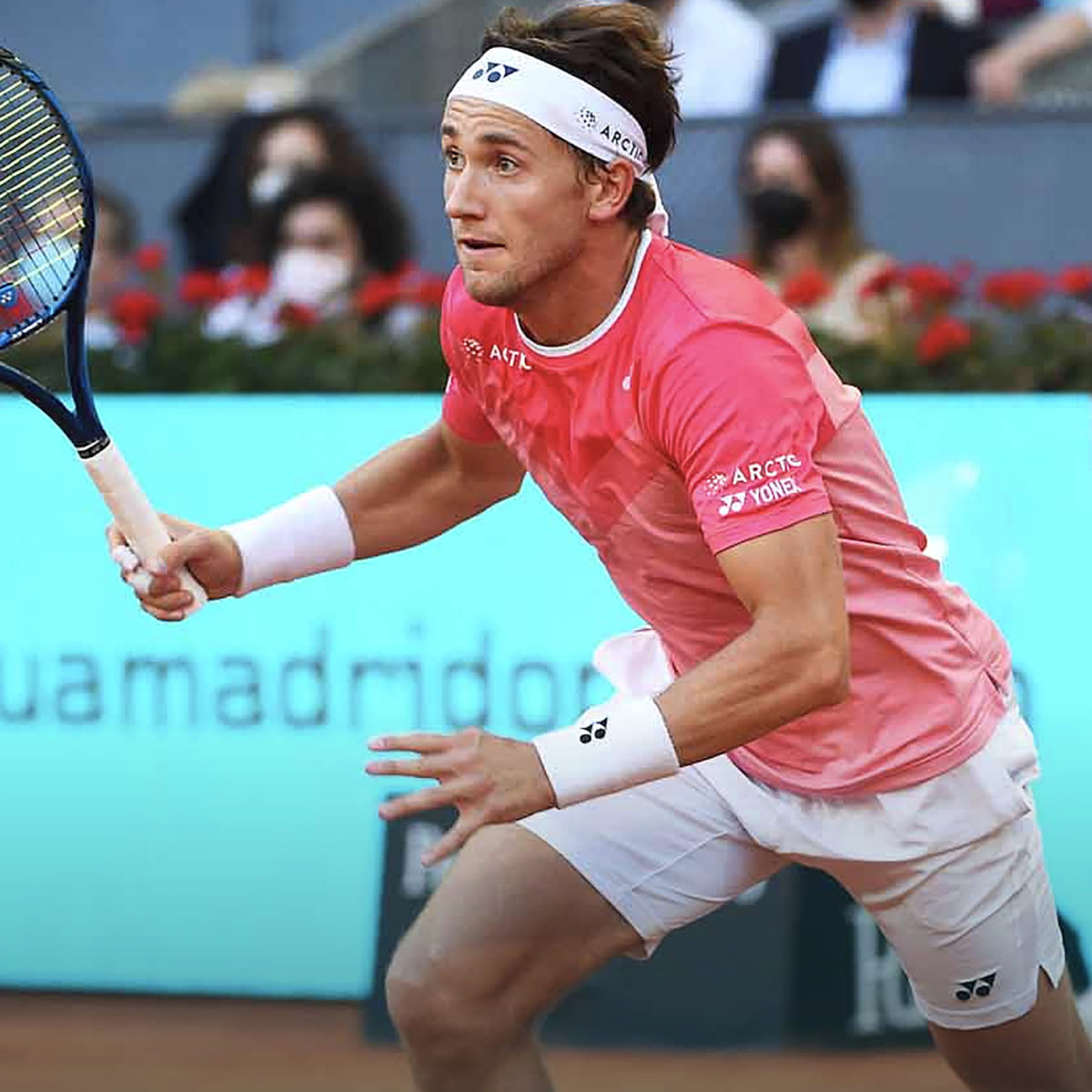 Norway’s Casper Ruud powered into his third career semi-final at the Masters 1000 level with a 7-5, 6-1 win over Alexander Bublik on Friday in Madrid.

The No. 22 has played at the final four stage a year ago in Rome and last month in Monte Carlo, all on the trot on clay.

In addition he has played semis in his last three events – Monte Carlo and Munich before Madrid.

“I’ve proven also to myself that it’s was not a one-hit-wonder when I did my first one in Rome and the second in Monte Carlo,” the winner said. “It felt even more like it was a new feeling.

“This is the third time. I feel more confident in myself. Knowing that I’ve been there twice before I think will hopefully help tomorrow.”

He will bid for a breakthrough final on Saturday in the semis facing Italian eighth seed Matteo Berrettini, who beat Chile’s Christian Garin 5-7, 6-3, 6-0.

Kazakh Bublik fired nine aces but was broken three times in his 69-minute loss while Ruud saved the only break point that he faced. The Scandinavian came into the match after knocking out Stefanos Tsitsipas for a first win over a Top 5 opponent.

“It’s a great feeling, it’s my third Masters 1000 semi-final, third in a row on clay,” Ruud said. “I’m playing the tennis of my life for the moment and I’m enjoying it.

“I’ve just had an unbelievable motivation to play the European clay swing and when we didn’t get to play it last year, I was very sad,

“I just have double motivation compared to last year.”

Ruud came up short in winners – 19 to the 23 of his opponent. But he held his unforced errors court to a mere four while Bublik had 21.