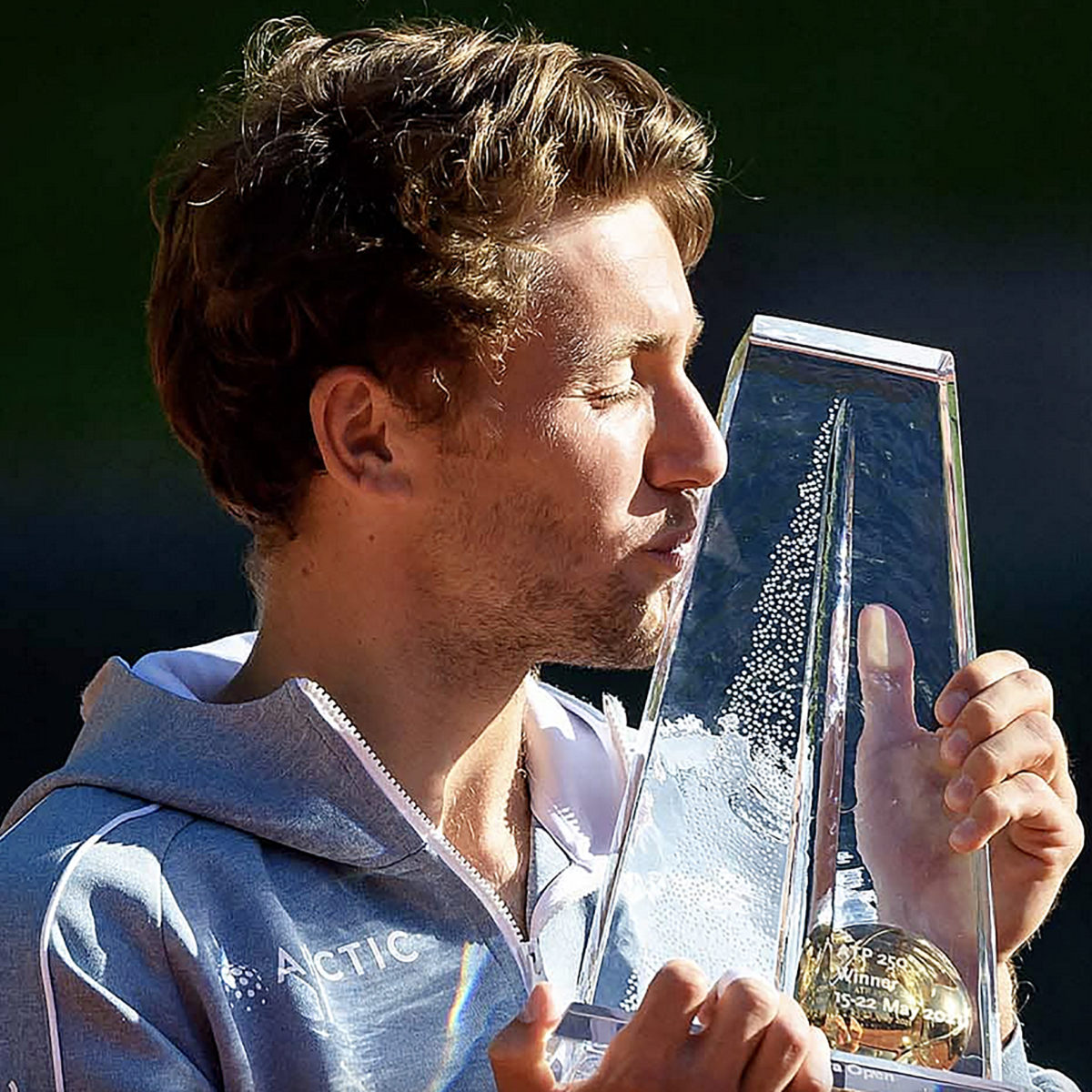 Casper Ruud inserted himself into the conversation of Roland Garros contenders on Saturday as the Norwegian won the ATP Geneva title.

Victory was special for Ruud, who had lost three semi-finals this spring on his preferred clay in Monte Carlo, Munich and Rome a week ago.

The 22-year-old winner of his first ATP honor in March, 2020, in Buenos Aires – last match on the Tour before the five-month COVID shutdown –  scored his Swiss success in front of a reduced crowd of just 100 fans at the international lakeside city.

He picked up the trophy with the loss of just one set all week and heads to next Sunday’s Grand Slam start in Paris as an outside threat.

Ruud, who will train next week with Rafael Nadal on Mallorca, stands 15-4 on clay this season.

“It’s hard to find the words, it’s been an incredible week for me,” the winner said.

“I played well, I took advantage of the atmosphere.

“(Roland Garros) is the toughest tournament of the year on earth, the Grand Slam.

“I hope to be in the second week, that’s all I can tell you. I will be very happy if I get there. ”

Ruud lost a year ago in the Paris third round to Dominic Thiem; he will move to 16th in the rankings on Monday, a career-best level..

The Scandinavian withstood eight aces from Shapovalov and never faced a break point.

He needed five set points to win the opening set in a tiebreaker and closed out the contest on his first match point after just under an hour and three-quarters.