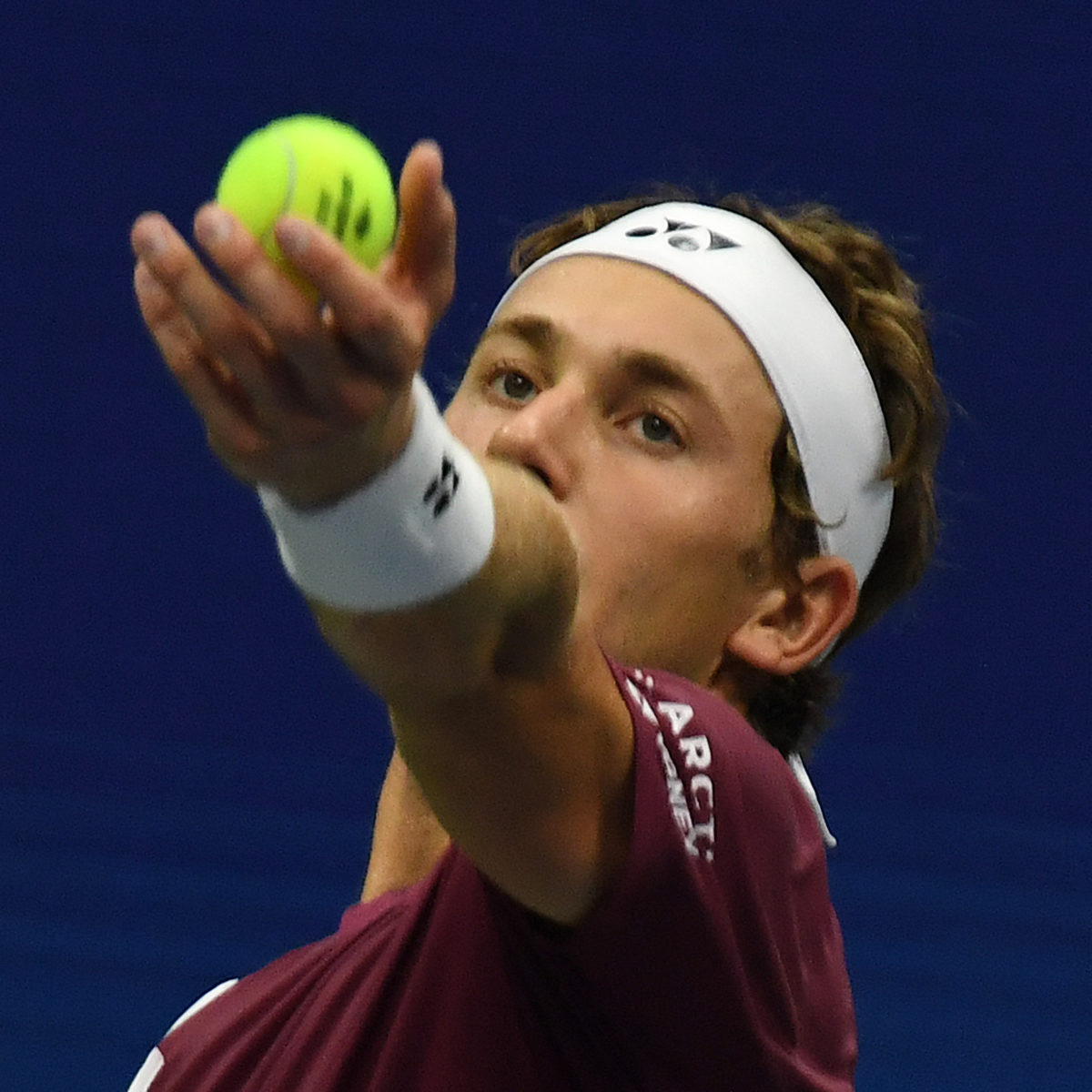 Laver Cup insider Casper Ruud on Friday shed some light on locker room goings-on within a Europe side featuring more than a few legends of the game.

The quiet Norwegian, playing the Europe v World event for a second time, scored the opening point as he defeated Jack Sock 6-4, 5-7, 10-7.

The world No. 2 also dished out some light-hearted goss on the antics of soon-to-retire tenis icon Roger Federer. along with the scoop on the dodgy organisational skills of Rafael Nadal.

“It’s true that Roger is the loudest and the funniest of all,” thej Scandinavian said. “He has all these nicknames on all the players.

“He calls (Europe captain Bjorn (Borg) The King, which I think he deserves.. and he does it in Swedish.

“That’s always fun to hear, he has many jokes.”

Ruud said that the hyper-precise Nadal – who cannot stand to see his on-court water bottles out of line during matches, is a completely opposite character in the dressing room.

“Rafa is pretty messy, honestly … shoes and clothes are hanging everywhere. On court he’s not messy, so he saves all the energy for the court, I
guess .”

The Norwegian added: “He’s a bit messy with his shoes, particularly.”

Ruud said that the multi-lingual Federer likes to use his rudimentary Swedish upon occasion.

“He talks a little bit Swedish with me, as well, because he had a lot of Swedish coaches so he knows some words and sentences.

“I was impressed with how much he knows.

“He just likes to joke around. It’s fun. He always brings a good energy, good vibe.”