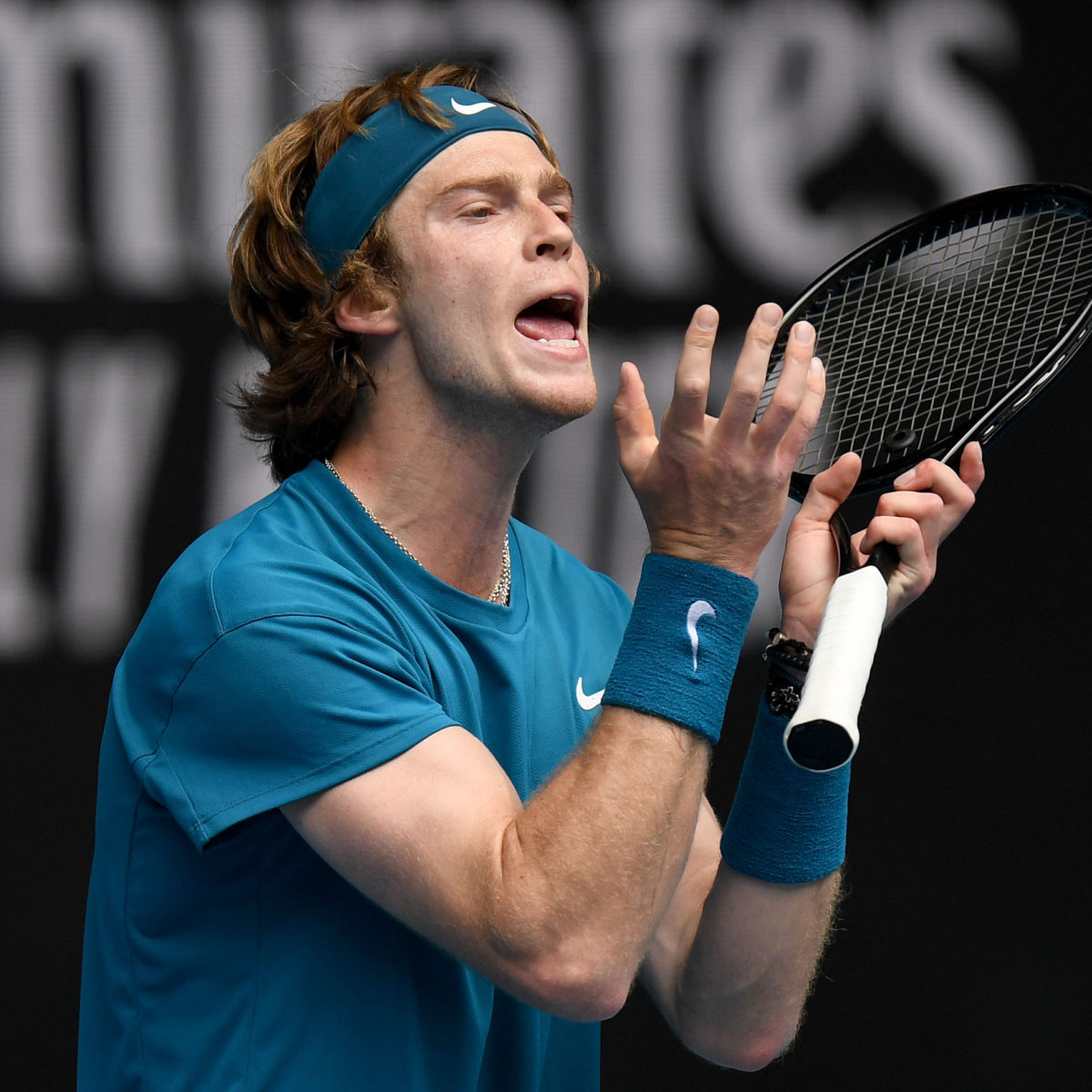 Andrey Rublev blew past Brazil’s Thiago Monteiro to reach the third round at the Australian Open today, with a strong 6-4, 6-4, 7-6(8) performance.

The world No. 8 has now dropped only one in six matched this year.

The young Russian found his rhythm early to take out the first two sets with a series of trademark groundstrokes that had Monteiro constantly on the back foot.

The Brazilian’s best effort came in those opening sets but once Rublev had that lead, he was hard to beat.

The third though was tough as both players pushed it to a tiebreak.

Rublev will face the winner of the clash between Lorenzo Sonego and Feliciano Lopez in his next match.

Popyrin was coming off a marathon five set win over 13th seed David Goffin and didn’t have the petrol in the tank this time.

Harris, 23,ranked 91, will face either Borna Coric of Croatia or American MacKenzie McDonald in Saturday’s third round.