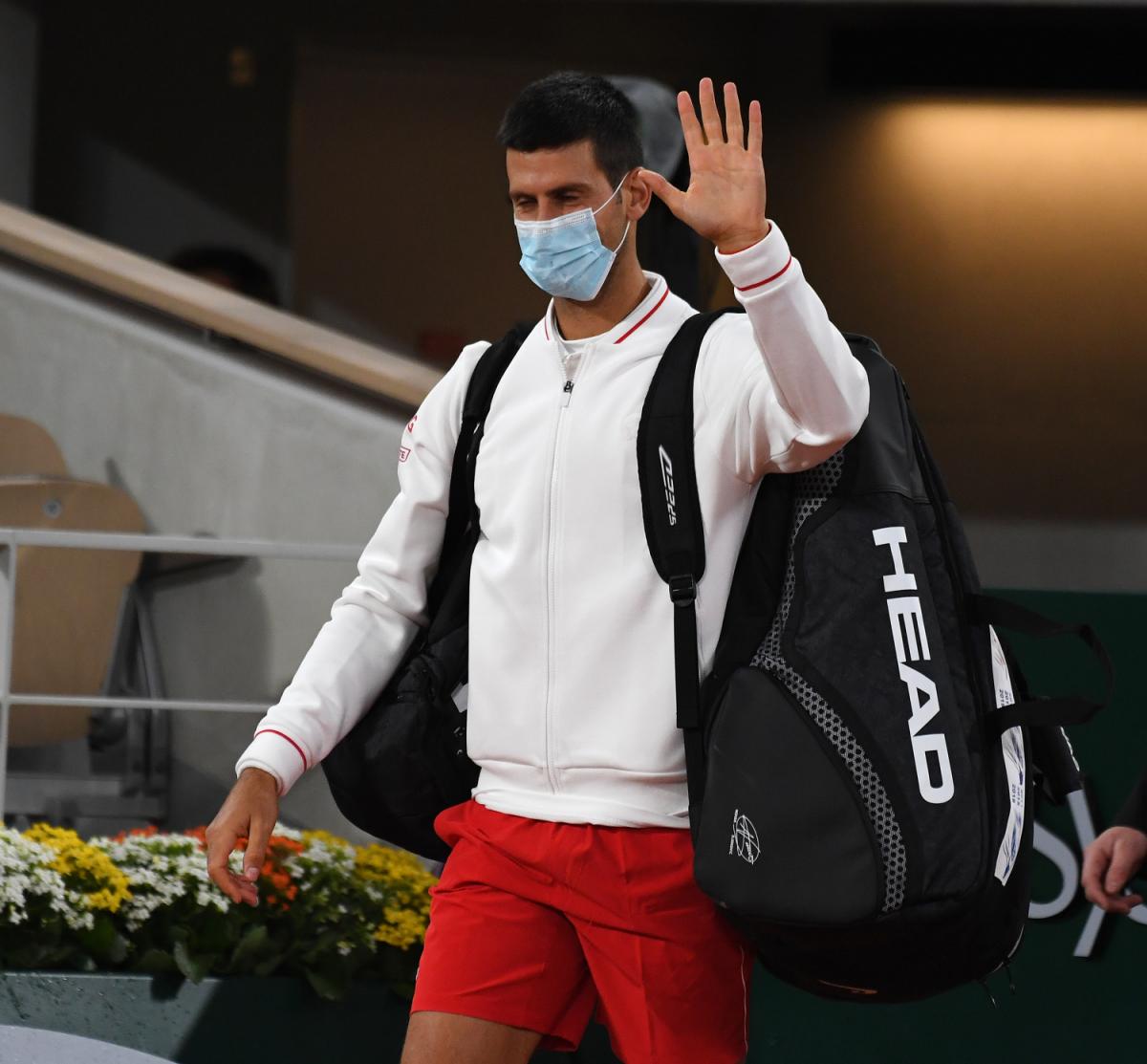 Novak Djokovic drilled a forehand into the open court to wrap up a 90-minute defeat of Mikael Ymer, beating the Swede 6-0, 6-2, 6-3 on Tuesday to make a winning start at the French Open.

Djokovic increased his lead in matches won this season with 32 after his success in the first round on another windy, rainy day at Roland Garros.

He will next play Lithuanian Rikardas Berankis in the second round at thee event where the Serb No. 1 hopes to win for a second time.

A win would make him the first man in the Open era – and the third overall behind Roy Emerson and Rod Laver – to win each of the four Grand Slams twice.

“I’m very confident, I’ve won every match I played this year except in New YOrk where I got disqualified,” Djokovic said.

“If you keep winning every match your confidence rises a level.

“These conditions are different than what we are used to: the balls, heavy clay, cold weather….

“They all affect play, but they are also suited to my style. I enjoyed being on the court today, I played really well

“There were a few hiccups, but the game is there and I’m ready – I hope to go deep in the tournament.”

No. 7 seed Matteo Berrettini needed less than two hours to defeat Canadian Vasek Pospisil 6-3, 6-1, 6-3, with Italian pleased to get on and off the court in the notorious wet and chilly autumn conditions which are making this edition in Paris such a challenge.

“it’s really different compared to Rome (where he lost a quarter-final to Casper Ruud).

“But you have to get used to it. The other players, for sure they’re having problems. But I felt good on court today.”

“The conditions were very slow. It’s been very damp, very humid, colder than what we’re used to,” he South African said.

“There’s some adjustments. But I feel like in today’s match, I did a pretty good job of taking care of my serve. I feel like you need to mix it up a little bit more.”

*Catch the best coverage of the French Open from Paris here on grandslamtennis.online