Russians too hot for Americans in Perth

Russia hammered the US out of the ATP Cup on Sunday, with Karen Khachanov and Daniil Medvedev smoking opponents with ease.

Khachanov, ranked 17th and a new father last autumn, fought back as errors mounted for Taylor Fritz, beating the American 3-6, 7-5, 6-1.

World No. 5 Medvedev, US Open finalist last autumn against Rafael Nadal, handed John Isner a second loss in Perth as he stunned the big man 6-3, 6-1. 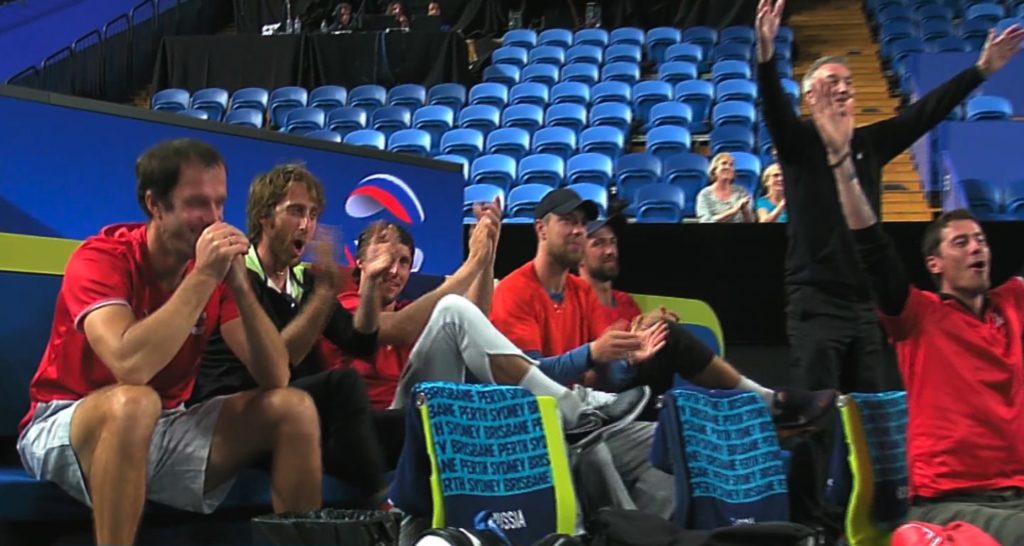 The defeat by Russia, combined with an embarrassing 2-1 loss on opening day to Norway, assures the US of an exit ramp from the 24-team competition which caused the burial of the locally-famed Hopman Cup mixed team event.

Twitter posts at the weekend have been lamenting the brutal end of the three-decade long tournament, killed off by Tennis Australia to make way for the ATP Cup.

The $15 million ATP event was dreamed up to combat the revised Davis Cup, staged over one week last November in Madrid under Spanish management.

The Americans were bounced out in Perth thanks to their pair of dismal singles performances.

Khachanov said he needed to quickly regroup after losing the opening set to Fritz.

“He started like on the 10th speed, he was hitting everything like full power and didn’t give me any rhythm,” the Russian said.

“It was all about me keeping fighting and waiting for chances – that’s what I did,” said the winner who notched 12 aces.

“I pumped myself up to play, to increase to an even higher level. I’m really proud of that.”

The 23-year-old’s dozen aces meant $A 1200 for bushfire relief as the continent burns.

“That’s the greatest idea that came into tennis, to support this cause. Unfortunately this is happening in Australia.

“I just wish to serve as many aces as possible to give more money from my side.”