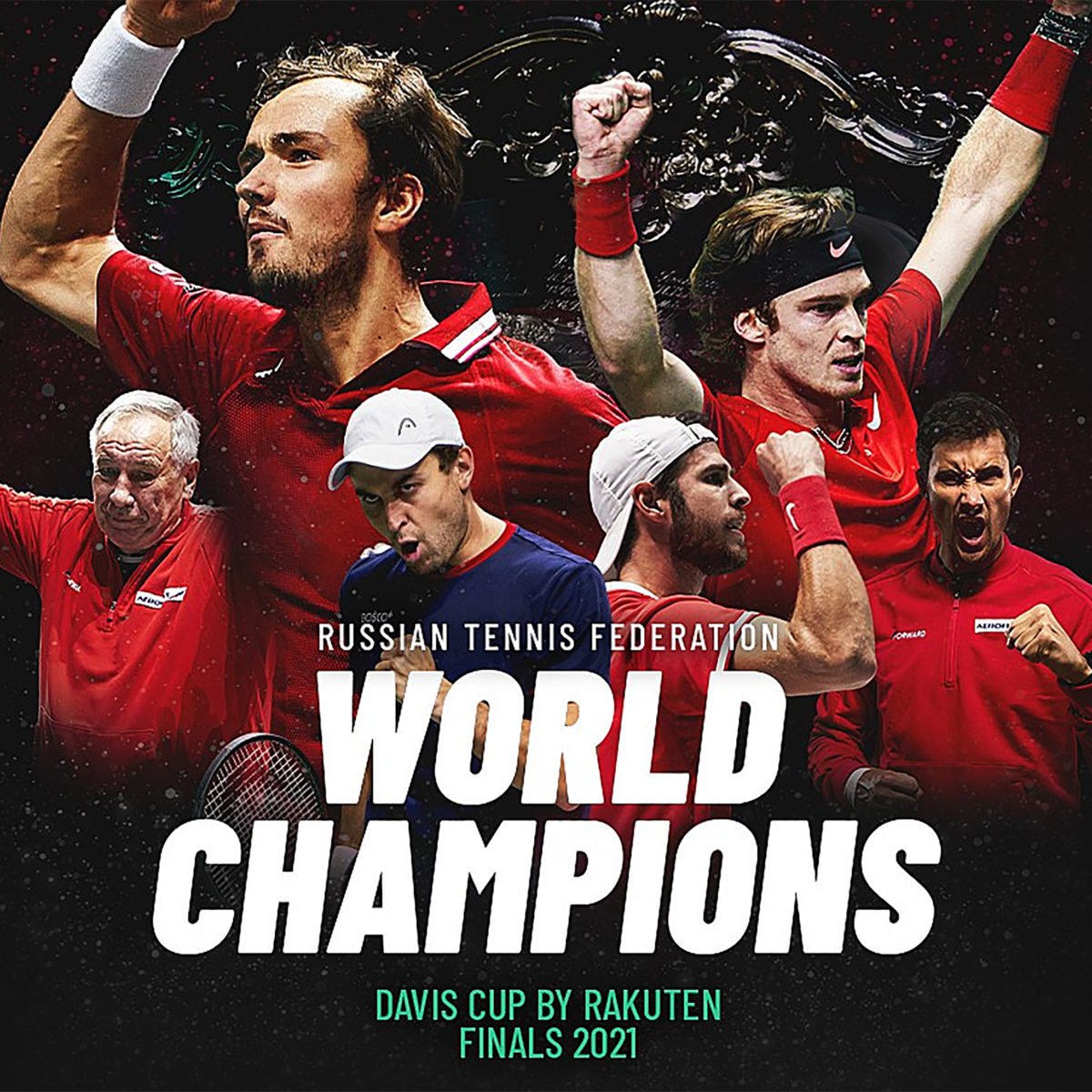 Daniil Medvedev and Andrey Rublev lifted Russia to a third Davis Cup title on Sunday as both won their singles to secure a victorious 2-0 scoreline.

The success in the final in Madrid marked the end of the long tennis season – with competition kicking off on the ATP in less than a month in Australia.

Russia last won the international team competition in 2006, defeating Argentina in Moscow; that followed up a finals win four years earlier over France in Paris.

Medvedev completed an undefeated, straight-set week on court and will have only minimal time to rest and resume training before the start of the ATP Cup in early January in Sydney.

2018 and 2005 champions Croatia were competing in a third final in five years.

“It feels amazing”, Medvedev said. “But I’m more happy for the team than for myself.

“We have an amazing team, amazing atmosphere. I’m happy to be part of it and bring the points we need.

“It’s never easy to come here at the end of the season but they were some of the best weeks of my career.”

The Davis Cup success paired nicely with the trophy won only weeks ago by Russian women at the BJK Cup in Prague.