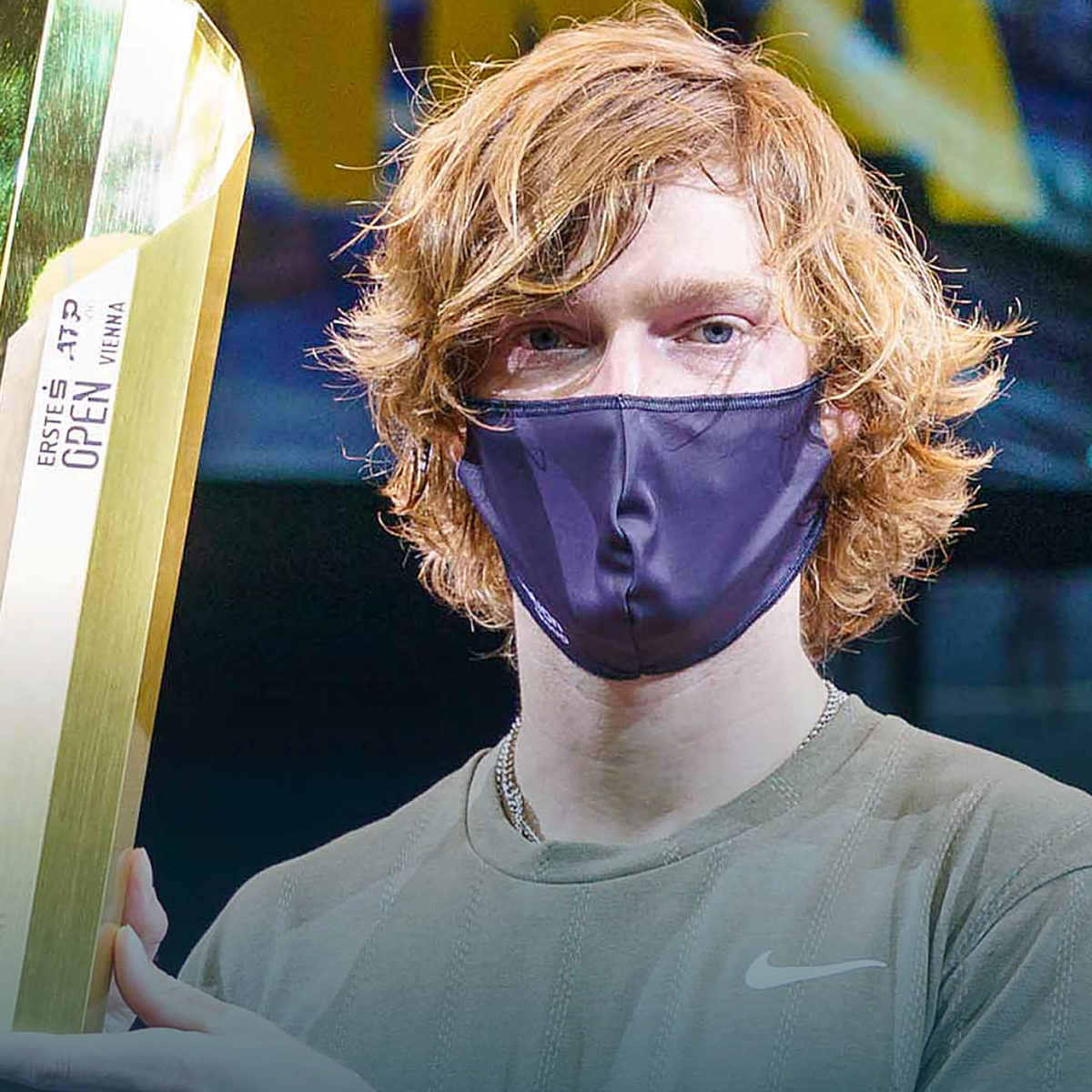 Andrey Rublev assured his first qualification for the London year-end finals by winning his fifth title of the season on Sunday in Vienna.

The Russian cut off the upset run of Italy’s Lorenzo Sonego 6-4, 6-4 in the Austrian capital in 80 minutes.

Rublev revealed afterwards that the title had a personal meaning to him.

“My grandmother was also Austrian, so I have Austrian blood,” he told a delighted Viennese crowd limited to 1,000 spectators.

“This is a very special title for me.”

Rublev moved into the ATP lead in trophies this season, pulling away from Djokovic, with whom he had been tied before winning the indoor event.

Djokovic suffered the worst defeat of his career in the quarter-finals, winning just three games against qualifying lucky loser Sonego, who beat Brit Dan Evans in the semi-finals.

Djokovic and Rublev lead the Tour with match wins, each holding 39.

The 23-year-old Russian has been on fire for most of this virus-hampered season; he won January’s Doha event without losing a set and repeated the feat in Vienna.

Vienna is his third 500 title since tennis resumed after the four-month COVID shutdown; he also won Hamburg and St Petersburg in recent weeks.

Rublev is the first Russian to win five ATP titles in a season since Nikolay Davydenko in 2009.