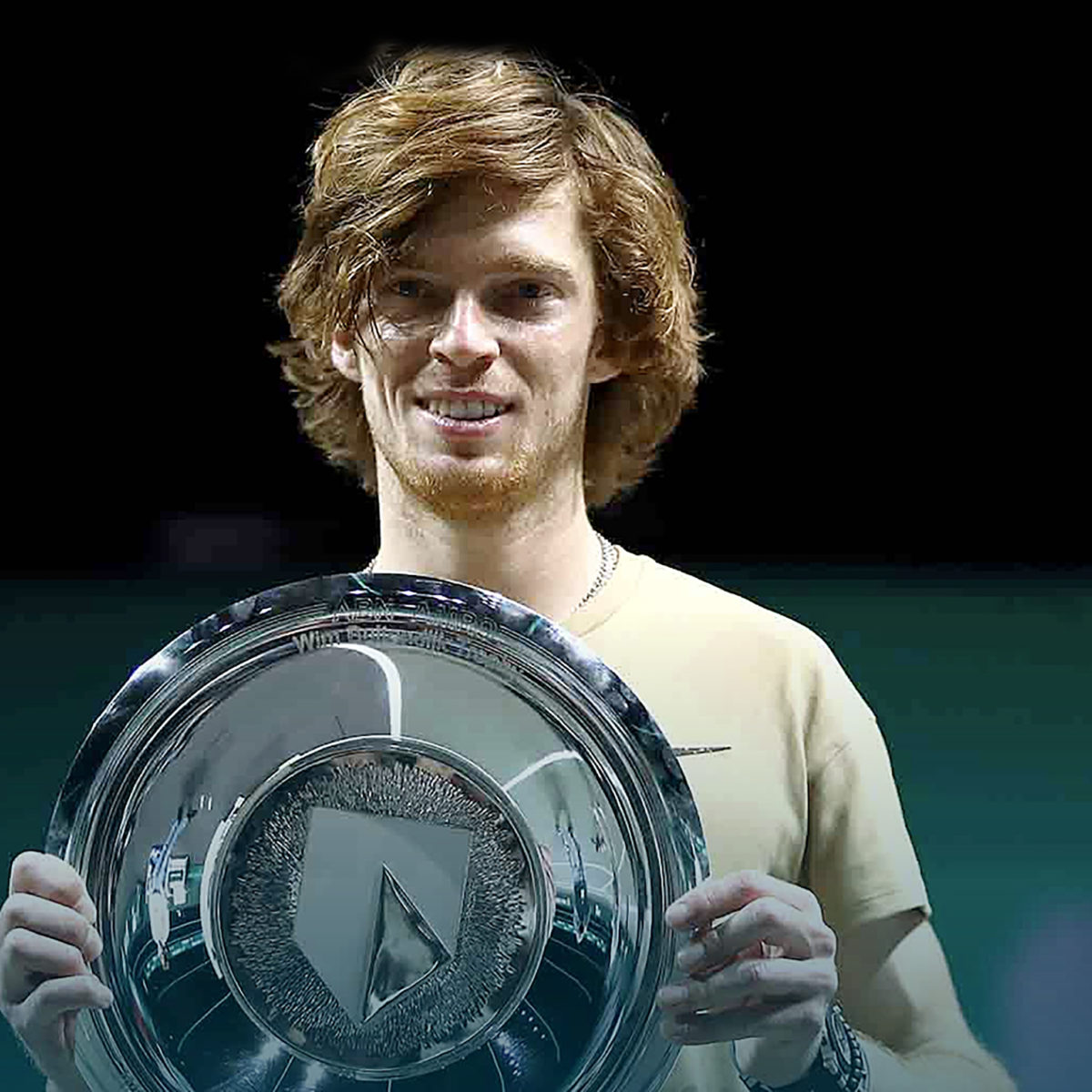 Andrey Rublev will finally benefit from the roar of a crowd in February as he returns to the scene of one of his most bizarre title victories in Rotterdam.

The ATP No. 8 lifted the title two editions ago in an empty Athoy stadium due to strict COVID crowd restrictions, beating Marton Fucsovics in the ghost final.

But the upcoming February 11-19 date should be a wide-open fanfest.

“Andrey Rublev perhaps won the most bizarre edition in the 50-year history of the tournament,’ TD Richard Krajicek said.

The 1996 Wimbledon winner added: “In 2021 we were not allowed to welcome a crowd at all, so he won the title in almost total silence.

“I think he is looking forward to doing it again in a full Rotterdam Ahoy.”

Rublev reached the semi-finals this year at the edition won by Felix Auger-Aliassime; he will be playing the indoor event for a fifth time.

The 2023 tournament field in the Dutch port city also includes a trio of fellow Top 10 players in Stefanos Tsitsipas, holder Auger-Aliassime and former No. 1 Daniil Medvedev who has exited in the first round at the last two editions.

“The field is taking shape and wpete expect to get several

more commitments in the coming weeks,” Krajicek said. “It’s nice to see that the winners of the last two years are coming back.”