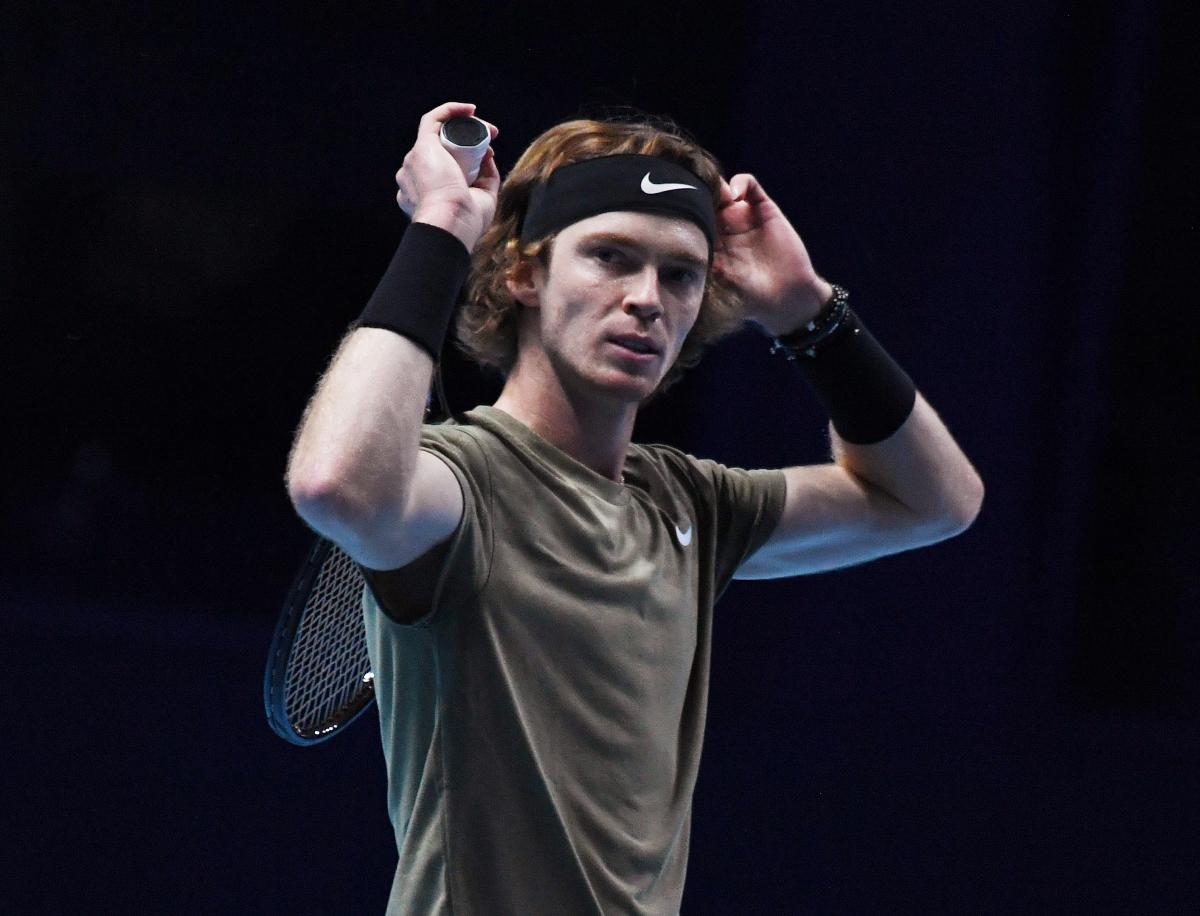 Andrey Rublev put on a winning display against a confirmed semi-finalist at the ATP Finals on Thursday, defeating Dominic Thiem 6-2, 7-5.

The Russian debutant made a strong showing  as he overwhelmed world No. 3 Thiem, who had qualified for the final four by winning his first two of three group marches at the empty O2 Arena.

In the evening session, both Rafael Nadal and Stefanos Tsitsipas faced must-win situations, with the winner of that match joining Thiem in weekend play at the season wrap-up being played in quarantine due to COVID-19 restrictions.

Rublev, winner of an ATP-leading five titles this virus-shortened season, threw down 11 aces in an hour and a quarter, one better than Thiem.

The Russian broke the Austrian four times while losing his own serve once as he edged his record to 3-2 over Thiem.

“I started well and Domi not so much so,” the winner said. “I took advantage from the beginning, got confident and played better and better.

“it was not easy for Dominic, who may be thinking of the semi-finals (Saturday). He deserves to be where he is – and to win the tournament as well.

“I felt happy to be here and finally qualify for this event. I didn’t make it (to the semi-finals) in the end, but that’s our sport, it’s life.”