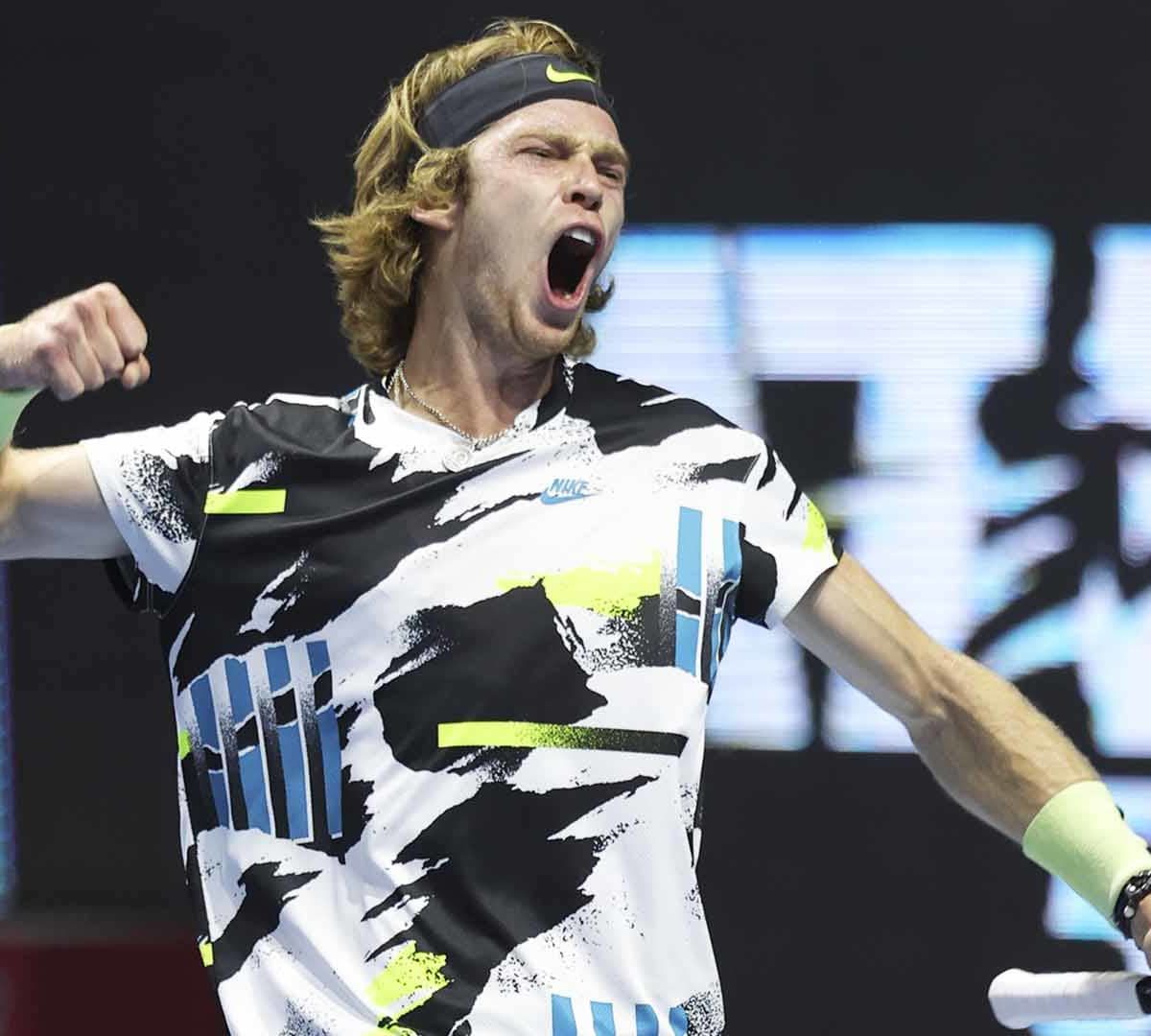 And the Russian revealed he achieved the success after hearing of his grandmother’s death.

“On Friday, I lost my grandmother so it was really tough,” he said.

“But I am happy that this is the way I finished the tournament and it is a really special tournament for me.”

Rublev, 22, added the title in Russia to trophies in Doha, Adelaide and Hamburg this year.

The world number 10 also cemented his chances of reaching the ATP Finals in London for the first time.

With two places left in the eight-man field for the season finale, Rublev is 249 points ahead of Diego Schwartzman, who currently occupies the final qualification position.

“I know I have a really good chance to qualify, but still it is not 100 per cent yet,” Rublev said after the win.

“This year, I didn’t expect that I would have a chance, so in the end nothing is going to change for me.

Rublev was dominant throughout on court, and in the tiebreak the Russian reeled off five points in a row from 2-5 down to steal the opening set.

He then held serve and earn a crucial break in the fifth game of the second, to claim the title in 99 minutes.

Coric acknowledged Rublev was the better player on the day.

“He was playing great tennis. That’s how it goes. It was a good level of tennis, I think. I was serving very good today, the best in the whole tournament I think, from my side at least,” he said.