Rublev rallies past Tsitsipas for third title of 2020 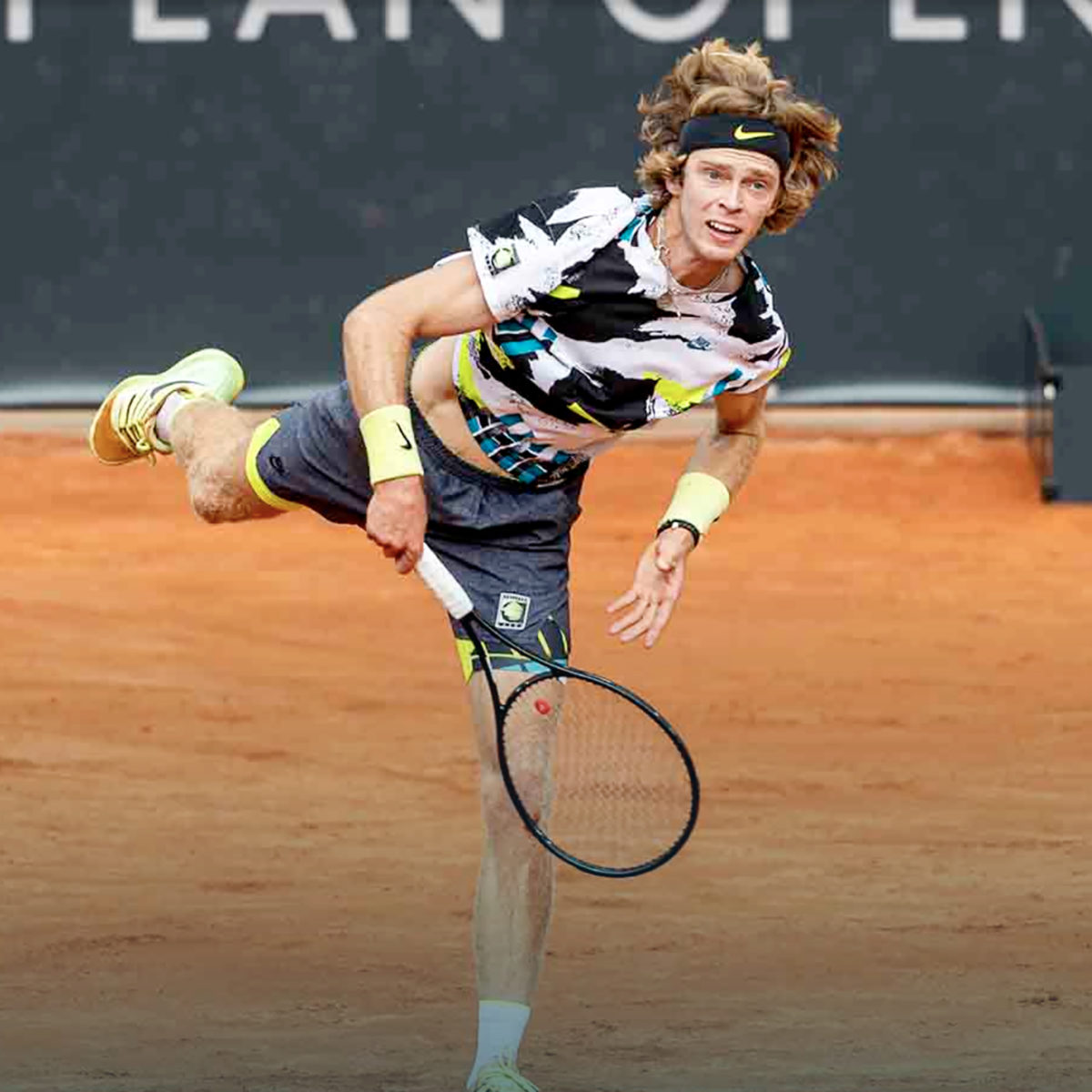 Andrey Rublev beat Stefanos Tsitsipas 6-4, 3-6, 7-5 on Sunday, lifting his third title of the season with victory at the Hamburg European Open.

The ATP No. 14 becomes the first Russian to triumph at the Rothenbaum club since Nikolay Davydenko in 2009.

The champion at Doha and Adelaide back-to-back in January rallied from 3-5 down in the final set to overhaul his sixth-ranked Greek opponent as both now head to Paris for the French Open.

“I was going on the court with no fear. The match was such a thriller,” Rublev said.

“Maybe Stefanos got a little disappointed inside that he didn’t make it and then at the end everything was so fast and I won.

”Stefanos is one of the best players right now and he wins so many tournaments.”

Rublev came good for the trophy after finishing runner-up here in summer, 2019. His three 2020 titles put him second on the ATP behind Novak Djokovic with four.

Rublev won in just under two and a half hours, overcoming 11 aces from Tsitsipas, who also produced six double-faults, the winner broke five times.

Rublev has won four ATP titles in the space of 12 months.