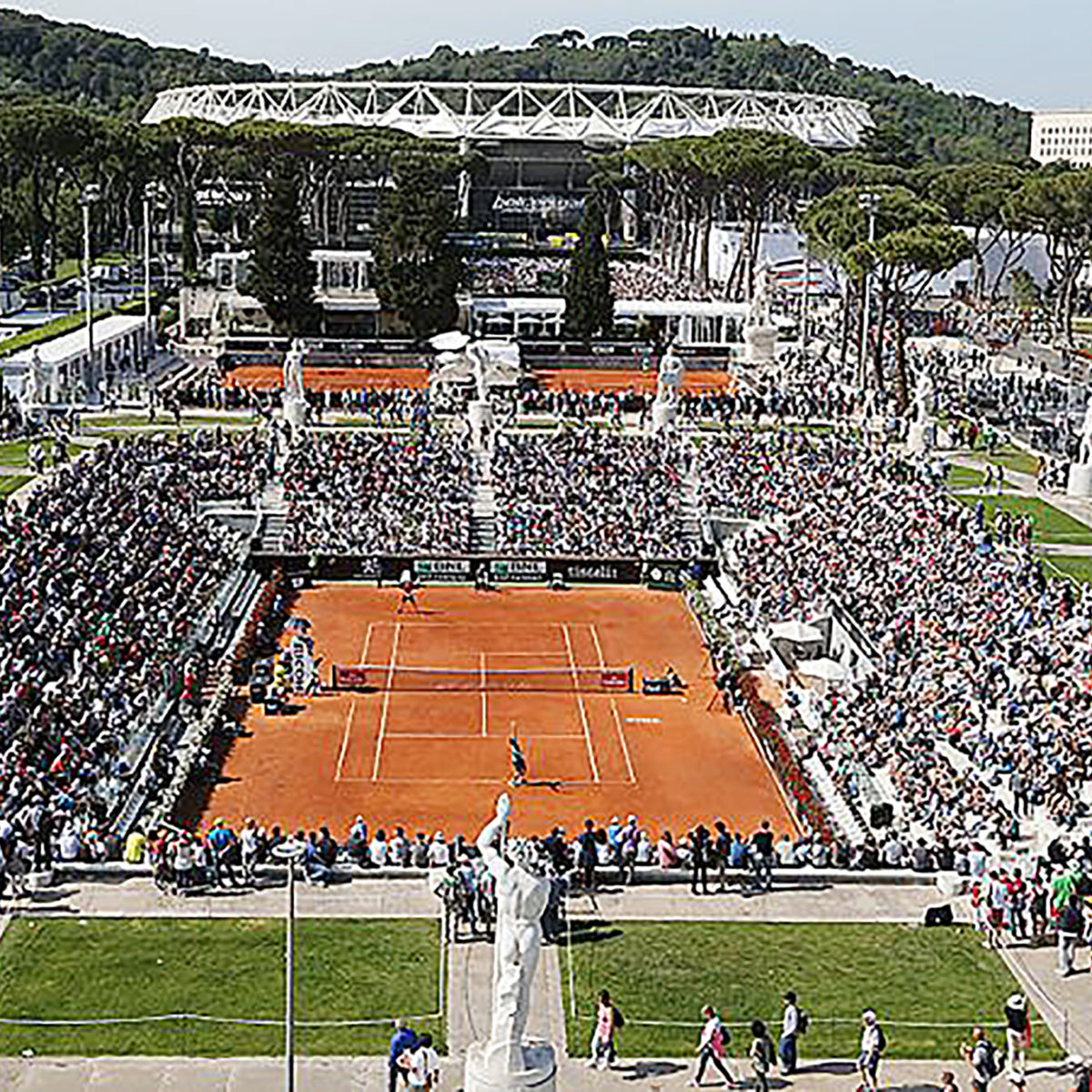 Up to 1,000 fans will be allowed through the gates of the Foro Italico for the closing stages of the Rome Masters after local government made a surprise about-face on Friday.

The ATP-WTA clay event is being played under strict quarantine with no spectators allowed in.

But Italy’s ANSA agency reported that 1,000 per day will be allowed in to watch the Sunday semi-finals and Monday finals at the riverside venue.

The lack of paying spectators has been a sticking point between federation tennis officials and the Lazio regional government, which has final say on security and health arrangements.

Players from nine-time champion Rafael Nadal on down have been complaining all week of the dead atmosphere in the Centrale showcourt, missing it;s usual mob of boisterous and enthusiastic Roman faithful.

“(Up to) 1,000 spectators will be able to attend open-air sports events, starting with the semi-finals of the Italian Open tennis tournament,” Italy’s sport minister Vicenzo Spadafora said

Ticket holders will still be required to wear face masks at all times, with social distancing to be “scrupulously respected.”

The relaxation comes a day after Paris authorities tightened the screws on the upcoming French Open, cutting fans numbers by more than half from 11,500 per day to 5,000.