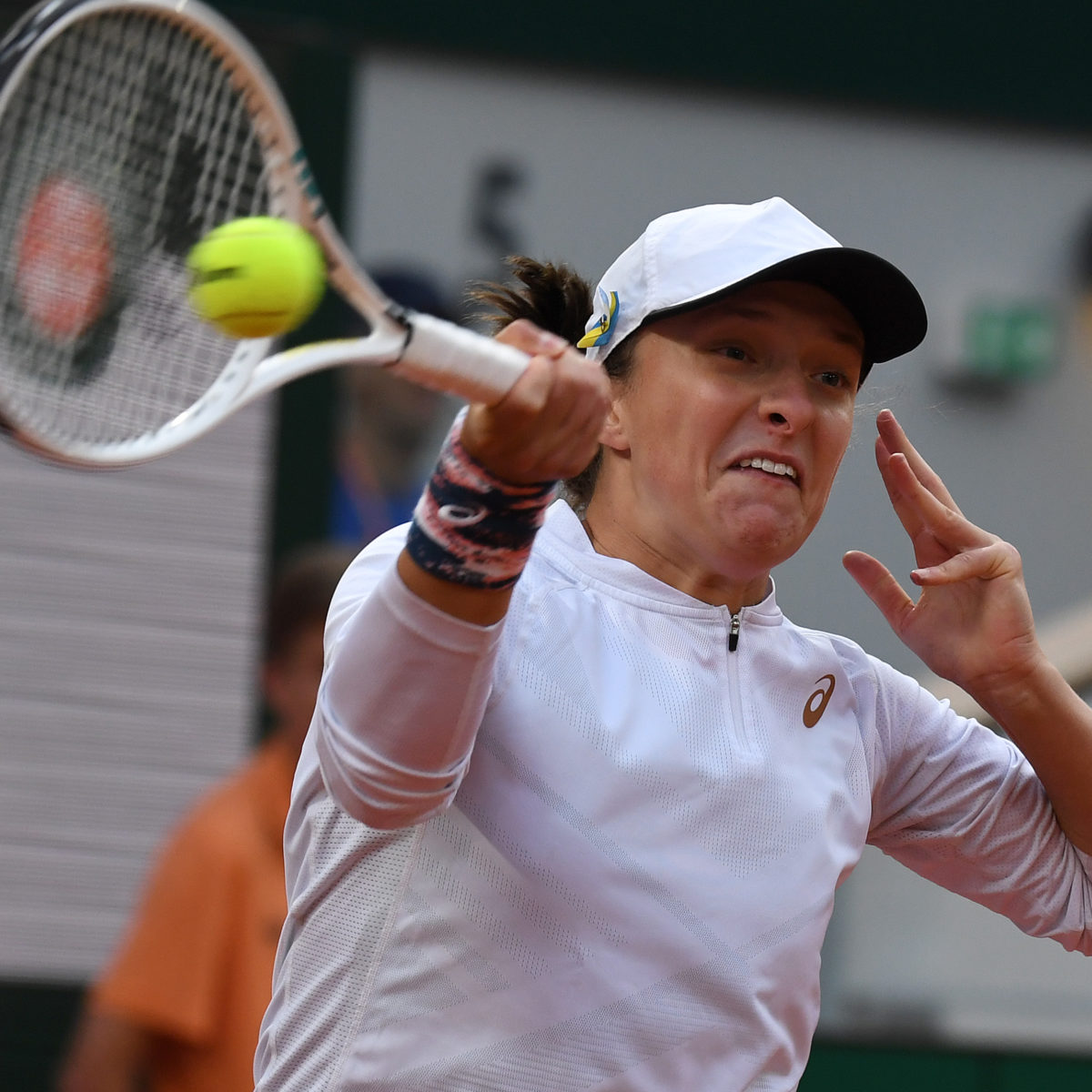 Iga Swiatek lost her first set in five weeks as the Pole stretched her win streak to 32 in a row on the way into the French Open quarter-finals on Monday.

The top seed had early troubles with Chinese teenager Zheng Qinwen before taking control and running out the 6-7(5), 6-0, 6-2 winner in just under two and three-quarter hours.

The Polish world No. 1 now stands level with Justine Henin, whose 32 wins on the trot in 2008 was the best so far this century.

2020 Roland Garros winner Swiatek has a chance to move on to 33 when she plays her quarter-final against Jessica Pegula, who defeated American compatriot Madison Keys in a 4-6, 6-2, 6-3 comeback.

Swiatek, who finished on the first of two match points as Zheng returned long, won her 41st match this season, and 46 of her last 48 sets.

The 20-year-old has won her last five tournaments – including four at the Masters 1000 level – and is moving closer to a possible Paris trophy repeat.

“Grand Slams are tough tournaments: the winner said. “I’m happy I could come back after a frustrating first set when I was leading.

“I’m proud of myself that I’m still in the tournament.”

Swiatek held the edge 3-0 and 5-2 in the opener but was overhauled by her Chinese opposition in a tiebreak surprise.

“I’ve never played against her,” the Pole said. “I was surprised at some of her shots.

“Her top spin is amazing, huge congrats to her.”

Swiatek last dropped a set on April 23 in the Stuttgart semi-finals but has since been unstoppable.

The inexperienced Asian was let down by her body in the second set, taking a medical timeout for a taping on her right thigh.

Upcoming opponent Pegula will be playing her second Grand Slam quarter-final of the season after reaching the last eight this season and last in Australia.

The American has never been past the third round here.

At the bottom of the draw, Daria Kasatkina hammered Camila Giorgi 6-2, 6-2 to advance and will next play Veronika Kudermetova, who beat Madison Keys 1-6, 6-3, 6-1.

Kasatkina is back in the Paris quarters after first appearing there in 2018. The winner has advanced without the loss of a set and conceding just 14 games in four matches.

Against Giorgi, she saved all six break points she faced as her tennis returns to the level which once took her to the Top 10.