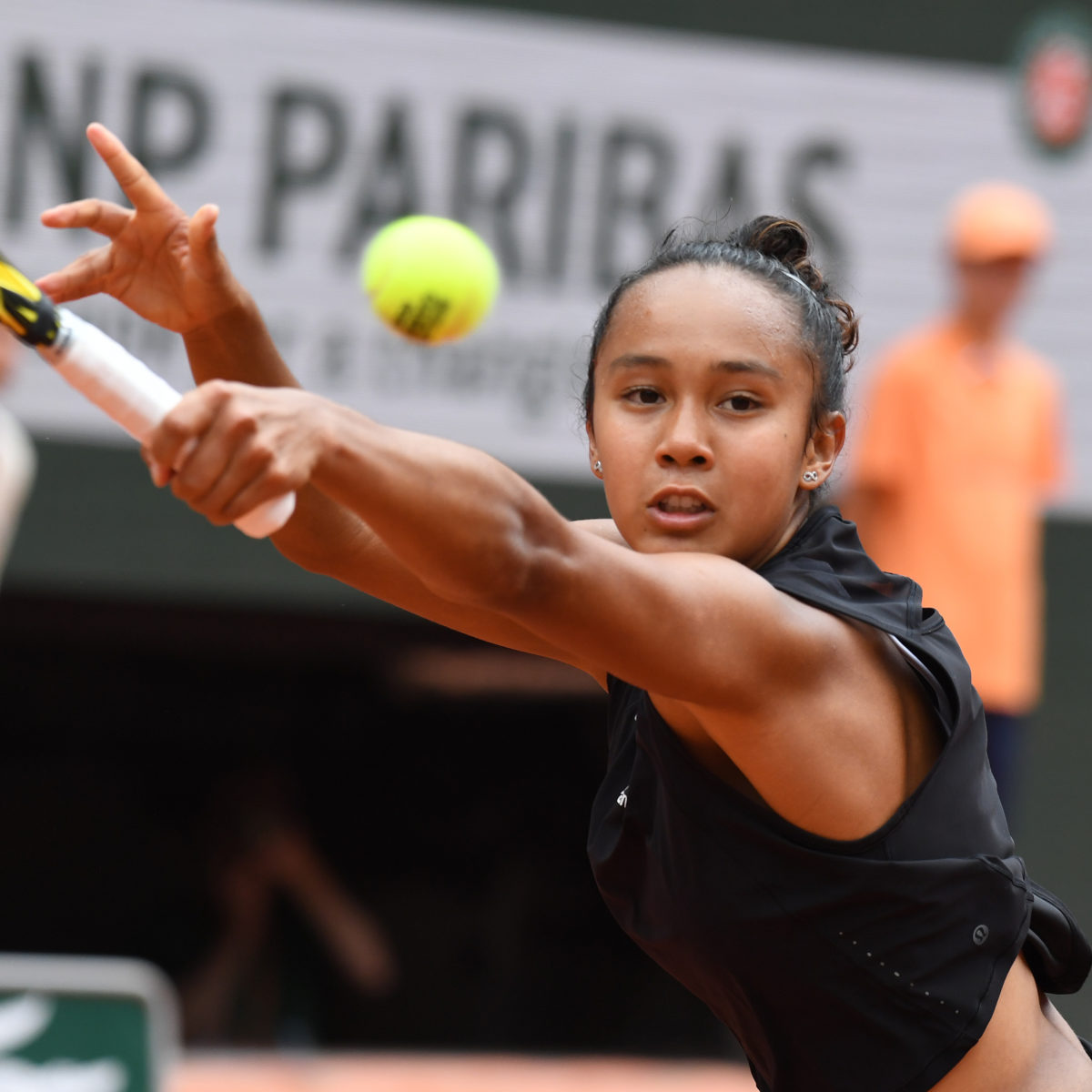 US Open finalist Leylah Fernandez jumped on the fading form of Amanda Anisimova to earn a 6-3, 4-6, 6-3 trip to the French Open quarter-finals on Saturday.

“It was an incredible match for the both of us,” the Canadian winner and former Paris junior champion said. “I think we brought a high level.

“I’m just glad that today I was able to fight through some difficult moments and just enjoy the match as much as possible.”

The Grand Slam finalist added: “Every time I step out on the court I still have something to prove.

“I still have that mindset that I’m the underdog. I’m still young, I still have a lot to show to the people, to the public.”

Anisimova was clearly out-played on the day, with her 40 winners and 22 unforced errors not enough to make a dent in the Fernandez momentum.

The Canadian held her unforced count to 17 while striking 35 winners in a victory which took two hours.

Fernandez will aim for the semi-finals as she takes on Italian left-hander Martins Trevisan, who posted a 7-6(10), 7-5 defeat of Aliaksandra Sasnovich.

The 28th-ranked Florentine – fresh from last week’s career-first trophy in Rabat and now on a nine-match win streak – duplicated her 2020 quarter-final showing here, taking down Sasnovich in two hours.

Trevisan, 28, won the opening set on a fifth opportunity but increased the pressure in the second to escape in straight sets after breaking serve six times.

The joyful winner said conditions on the Paris clay suit her game perfectly.

“I will prepare for the quarters but I also want to enjoy the moment, These are two incredible weeks for me.

“I want to focus and keep smiling.”

She added: “I think I’m very consistent right now. I’m not making a lot unforced errors; this is the key

In the bottom of the draw, 18-year-old Coco Gauff made a return to the Paris quarter-finals with a 6-4, 6-0 thrashing of Belgian Elise Mertens.

The youngest player remaining in the women’s draw was ruthless on the clay, taking her one-way victory in 86 minutes over the WTA No. 32.

The 23rd-ranked Gauff broke six times and lost her own serve twice.

Gauff’s final scoreline was similar to the pair’s only other match, played in Eastbourne on grass last summer when the American roared back from a 6-0, 2-0 deficit to earn the win.

“I feel like every match I’m getting better. I think today even though I had some tough moments I was able to tough it out,” Gauff said.

“I definitely feel confident on the court, I feel like it (clay) really suits my game.” .

“In previous tournaments this clay season I had some good wins but not any really outstanding results.

“I’m taking those tough matches that I lost this season and really learning from them and I guess showing that I’m doing better.”

Gauff will test her momentum in a quarter-final against compatriot Sloane Stephens, who hammered Swiss Jil Teichmann 6-2, 6-0.

Stephens took 63 minutes against an opponent carrying a thigh strapping, with the American winning the last 12 games.

Stephens, now a three-time quaaer-finalist beat her teenaged co-national in their only previous meeting at the US Open last September.

“It’s a pleasure to be in the quarters again,” the winner said after scoring her 32nd Paris win.

“I love it  – an American battle in Paris,” she said of the next match with Gauff. “It should be a good one.”