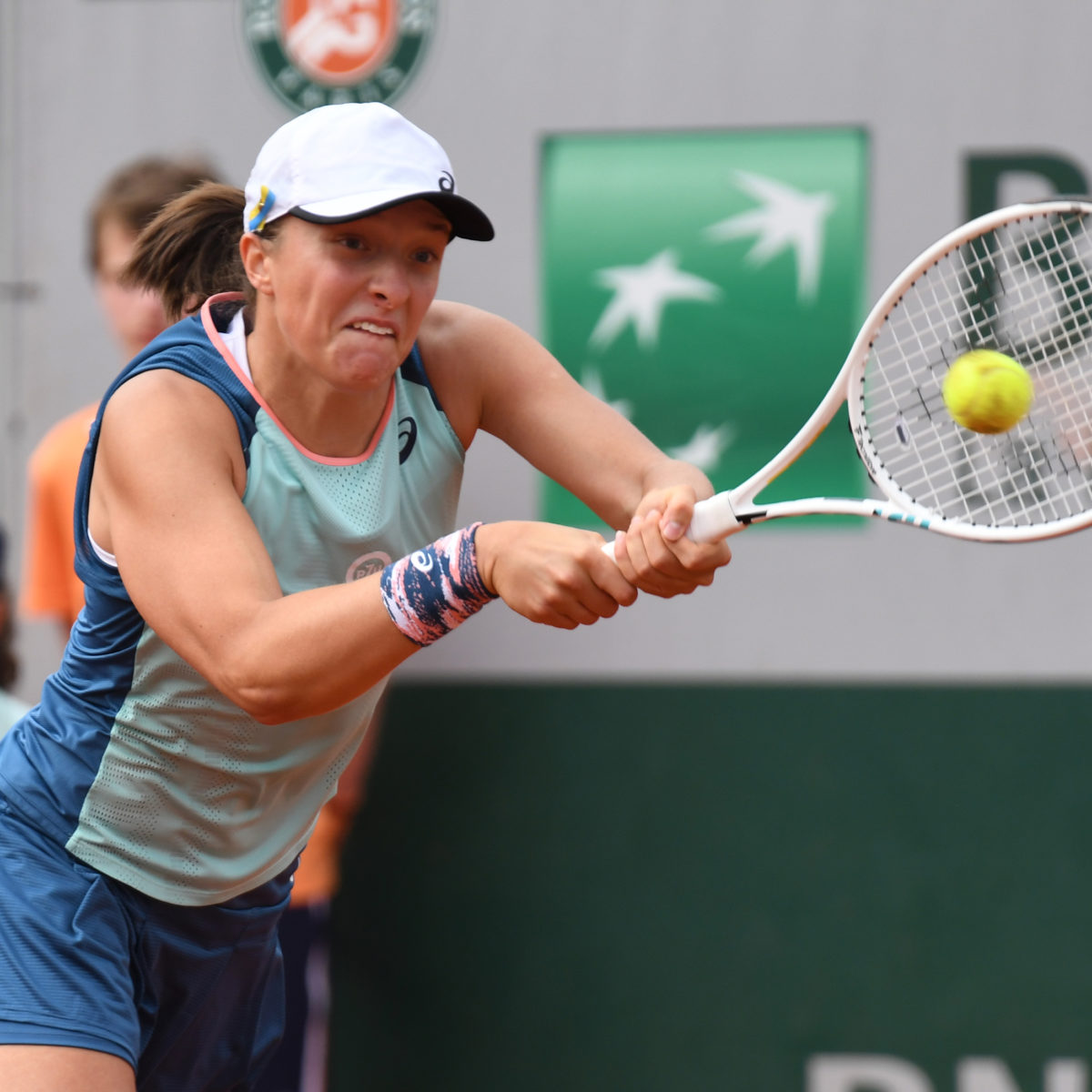 Iga Swiatek survived her toughest test in weeks on Saturday as the top seed steadied for her 31st consecutive match victory, extending the longest winning streak on the WTA in nine years.

The Pole’s 6-3, 7-5 French Open success over Danka Kovinic of Montenegro put the top seed into the fourth round without the loss of a set so far. She is the only Top 10 seed remaining in the draw.

Swiatek has not lost since February as she continues the bid for a sixth straight tournament title as after hoovering up Doha, Indian Wells, Miami, Stuttgart and Rome honours.

Along the way she has lost just six sets and won 14 sets to love from 65 played.

“From my point of view, I don’t really mind the streak. I’m just playing my tennis,” Swiatek, who lost four games in a row before steadying in the second set, said.

perspective that I actually have nothing to lose here.”

The 20 year old with a Roland Garros title to hand from 2020 is now a hot title tip as the major enters the business end of the fortnight.

Swiatek said she had to adapt as she suffered her closest call of the week, with Kovinic actually taking a 5-4 lead in the second set.

“I changed the tactics in the second set to play less risky, but then I did some mistakes.

“I lost my breaks. I’m not perfectly happy with that, but overall I’m happy with

the performance, and that I came back in the second set.”

No. 227 Jeanjean, who graduated university in the US before resuming an interrupted tennis career, lost 6-1, 6-4 to Romanian Irina Begu.

Cornet came to her match against China’s teenaged Zheng Qinwen carrying an adductor injury and was unable to continue as she retired trailing 6-0, 3-0 after 44 minutes.

Zheng next lines up against the unstoppable Swiatek after defeating former No. 1 Simona Halep in the third round.

Cornet,who was booed by the notorious local crowd, refused to cave in to her injury without putting up a struggle.

“I wanted to give it a try,” the Nice-born player said. “But she didn’t allow me to breathe.

“When you are in pain there is no point in carrying on.”

The 40th-ranked Cornet said she suffered her problem in the previous round during a three-set win over former Paris titlewinner Jelena Ostapenko.

“I felt it at 4-2 in the third set (on Thursday) when I would slide to the right. “I woke up yesterday and knew something was wrong.

“It was my decision whether to play, But I would never have handed in a walkover at a Grand Slam.

“I had to try and give it my all today.”

Camila Giorgi staged a storming recovery against seventh seed Aryna Sabalenka, with the Italian posting a 4-6, 6-1, 6-0 win into the last 16.

Giorgi, who is playing her for the ninth time, has reached the second week for the first time in Paris.

“It’s a magic place, my favourite Grand Slam and I’m very happy,” the winner said after victory in one and three-quarter hours on the Mathieu garden court.