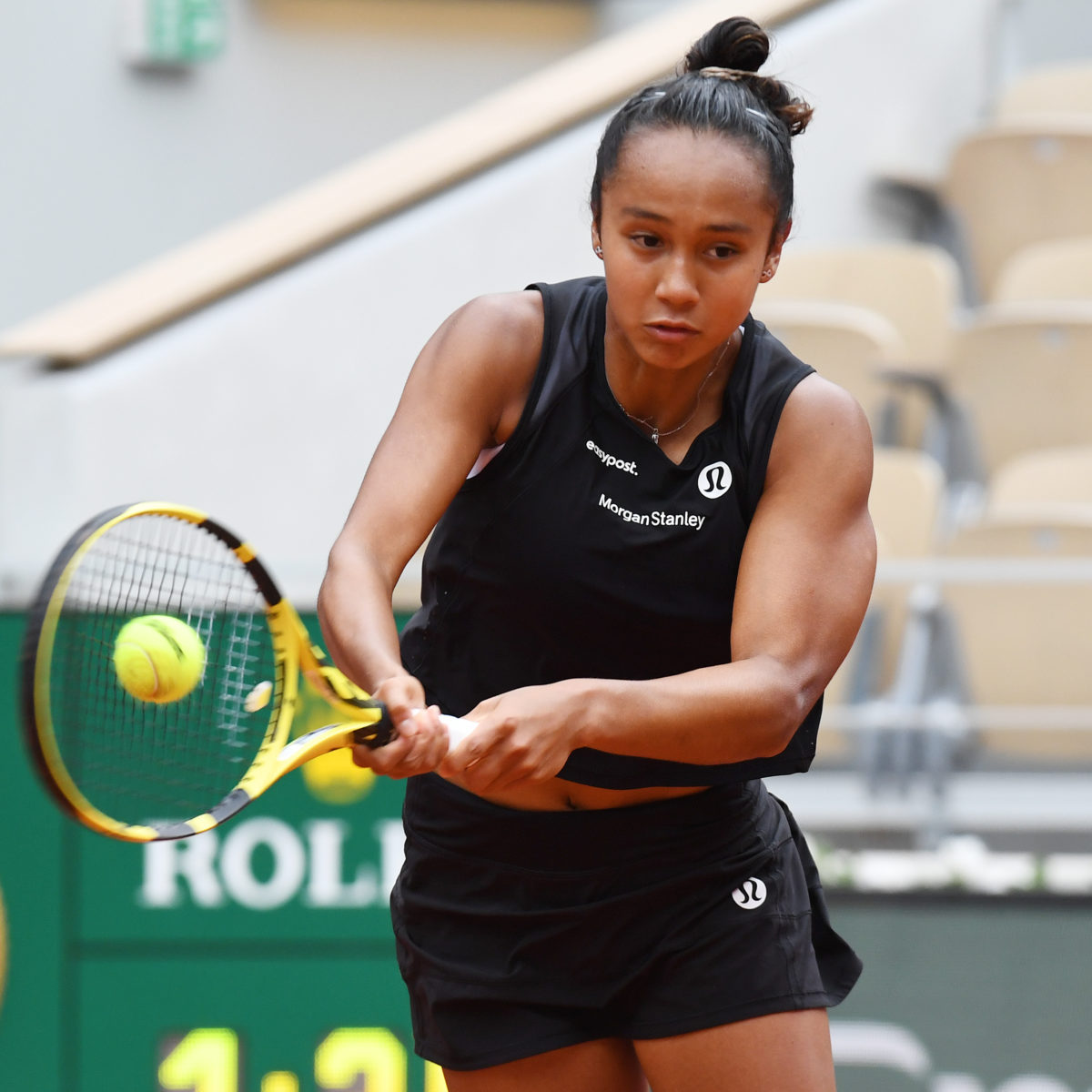 US Open finalist Leylah Fernandez achieved her best clay result since her junior days with a place in the fourth round at Roland Garros on Friday through a 7-5, 3-6, 7-5 defeat of Belinda Bencic.

The Swiss No. 14, the reigning Olympic gold medalist, was the highest seed remaining in the bottom half of a draw decimated by early upsets.

But Fernandez worked for nearly three hours to impose the upset and advance to the last 16 in Paris.

“It was an incredible fight, I was just trusting my game when it mattered the most,” she said

“I’m just glad that I was able to trust it enough for me to keep going and keep executing the game plan.”

The Canadian saved two set points in the first set, and also recovered from a break down in the third as she defeated Bencic in a second straight match.

Bencic out-hit her opponent 42 to 34 on winners but was pipped at the post in a tight final set on the Chatrier showcourt.

Fernandez advanced to a match against former Paris semi-finalist Amanda Anisimova, who moved on as Czech opponent  Karolina Muchova was forced to retire after rolling her ankle at 2-2 in the second set to hand over a 6-7(7), 6-2, 3-0 victory.

“I just hope that she gets the rest she needs and feels better… it’s not ideal to finish the match like that.”

“It’s just different for me this year, I just really enjoy the fight and being out there for every single point.

“Last year I don’t think tennis was my first priority. I think that I was just struggling too much off-court (death of her father-coach Konstantine)  and I couldn’t really enjoy the game.

“But I’m just happy with how this year has been going. I’m finding my game again, I’m out there playing and having fun.”

Fernandez will be concentrating on her own side of the net.

“Amanda’s been deep into tournaments a lot this year, so I know she’s going to be a tough player.

“I just need to focus on myself. I will be talking with my
coach, my team, and see what I can improve and what I need to do for my next match.

“Hopefully I can play well and put on a good show for the fans.”

The comeback run of Angelique Kerber was ended by Aliaksandra Sasnovich 6-4, 7-6(5) less that a week after the three-time Grand Slam champion won the Strasbourg title.

Kerber, 34, was unable to extend her seven-match clay win streak as Sasnovich prevailed after losing to the same opponent  last week in Strasbourg.

Sasnovich recovered from a break down twice against the German former No. 1.

Trevisan will duplicate her 2020 quarter-final here if she can defeat Sasnovich in the next round.

American teen Coco Gauff, youngest in the field at age 18, defeated an opponent nearly two decades her senior as she put out Estonian Kaia Kanepi 6-3, 6-4.

Gauff went through to a second consecutive fourth round spot in 83 minutes with 20 winners and 22 unforced errors. The Floridian now faces Belgian Elise Mertens, who defeated Varvara Gracheva 6-2, 6-3.

Jil Teichman, playing the first Grand Slam third-round match of her career, broke more fresh ground with a 4-6, 7-5, 7-6(10-5) win with a super tiebreaker over Victoria Azarenka.

Teichmann started her resurgence while trailing a set and a break, winning the second set and duelling in the third as both players dropped serve twice.

The match was decided on the super-tiebreak format – first to 10 points by a margin of two – with the Swiss claiming victory in her second match point.