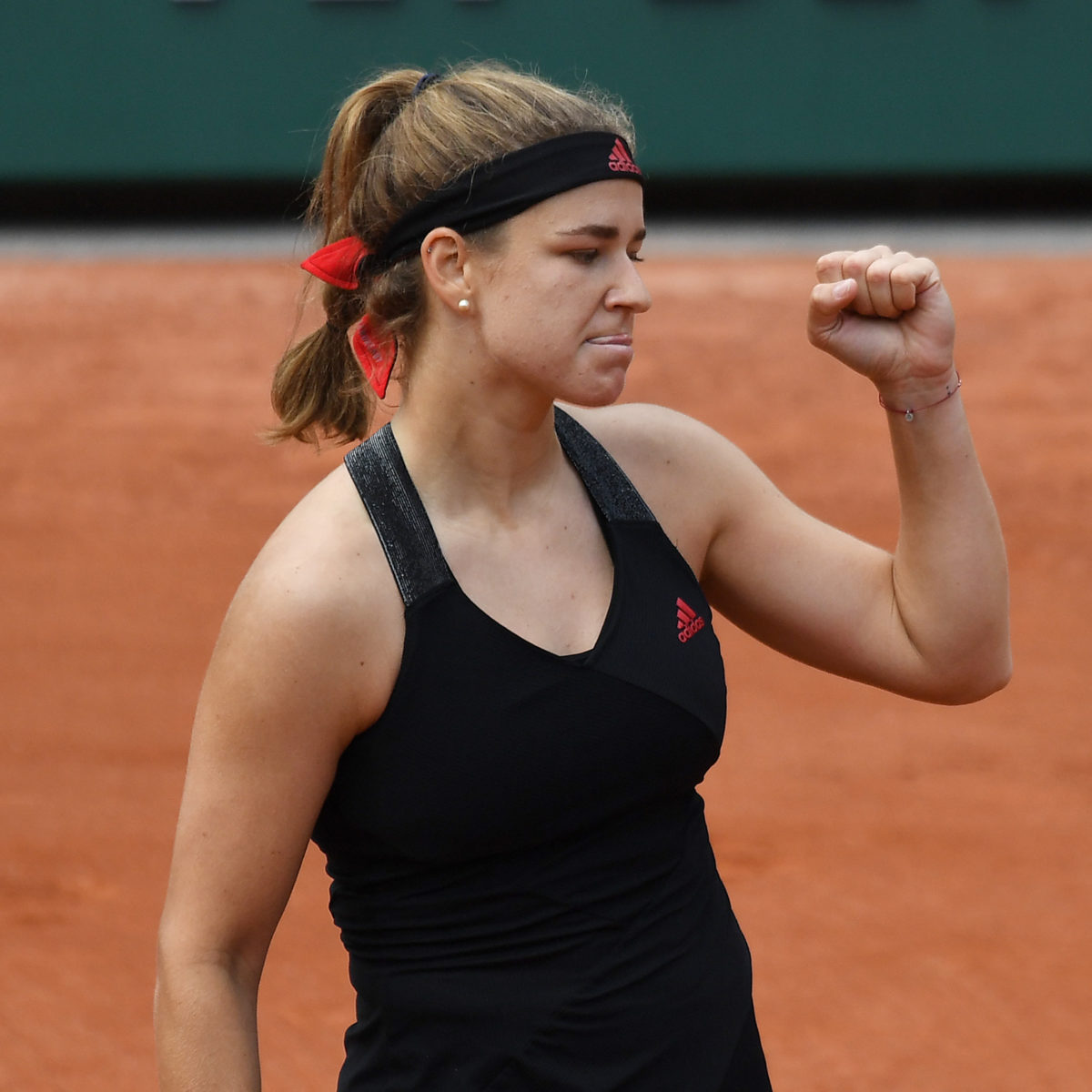 Fourth seed Maria Sakkari was ambushed 7-6(5), 7-6(4) in Wednesday’s second round by Czech Karolina Muchova to join the exodus of leading women’s seeds at the French Open.

Muchova missed seven months from last September due to an abdominal injury and did not return to the Tour until March at Miami.

“This was a very special win against a very tough opponent on clay,so I really appreciated that I was able to finish it in two sets,” Muchova said.

“It’s just my fourth tournament back, so i appreciate the win.”

Former Top 20 Muchova now ranks 81st but played above her current level to upset Sakkari – fifth of the Top 10 women’s seeds to make an exit in the first three and a half days of play.

“I tried a forehand on the last point – it didn’t go my way,” Sakkari said. “It’s disappointing because this is still my favourite tournament and I’m sad.

“But there were a lot of positives today, I found myself again in the court. I’m feeling good.

“I’m fighting. I’m enjoying my time on the court so I think that great things are going to happen soon.”

US Open holder Emma Raducanu put a brave face on her 3-6, 6-1, 6-1 loss to Aliaksandra Sasnovich which ended her clay season.

The Brit ranked 12th but still searching for day-to-day consistency on the Tour after her miracle title in New York last autumn, was unable to gain traction after winning the opening set.

The 19-year-old was let down by her forehand in the defeat where she managed just 17 winners to 45 for her opponent.

“It was a pretty long physical match,: the Brit said. “My opponent played pretty well throughout, and didn’t make any errors.

“The whole clay season has been pretty positive overall, I would say.”

Raducanu had to quit her first-round match in Rome with a back injury,which she said is now fine.

She finished her first career clay season with a 6-5 mark, winning two matches in Stuttgart and a pair in Madrid.

She has now gone to at least the second round in debut appearances at all four Slams.

“Before I would let losses affect me more than they do right now. Now I just look at everything as a lesson, and I know exactly where I went wrong, where I can improve, where other people are better than me.

“I definitely just look at all of these matches as a good tool to kind of teach me where to improve my own game.”

Kerber came to Paris after winning the first outdoor European red clay title of her career in Strasbourg at the weekend and has carried her trophy momentum into the third round.

“Llast week gave me a lot of confidence; I’ll just try to take it with me. But of course, I’m getting older, so I have to fight so much more against the
young players.

“There are so many good players right now on tour, and it’s a new generation.

“I’m trying to stay in there by improving my game and still enjoying my tennis.”

Kerber saved 10 of the 11 break points she faced against an inspired opponent.

The German ran away with the opening set, breaking three times, but was tested in the second, which featured a first game lasting for 17 points.

Kerber finally prevailed in the tiebreaker, advancing on her first match point.

The scoreline was deceptive, with the 14th seeded Swiss leading 6-2, 5-1 before holding off an unsuccessful Andreescu late fightback.

“Maybe I need a bit of drama,” Bencic said. I knew it would be a tight match,

“I lost focus a bit, and that was enough for her to come back. But in the important moments I was strong.

“It’s important to show some fight.”

A pair of North American teens advanced to the third round, with US Open finalist Leylah Fernandez and Coco Gauff both moving through.

Fernandez saved 10 of 12 break points against the 56th-ranked Siniakova.

Gauff, at 18 the youngest player remaining in the draw, earned her first Grand Slam quarter-final here in 2021.

Gauff will now go against an opponent twice her age when she faces Kaia Kanepi, twice a Paris quarter-finalist.

Two-time Australian Open winner Victoria Azarenka prevented a greedy  adult male from grabbing a post-match towel as she made sure to hand the treasured souvenir to the young girl next to him after defeating Andrea Petkovic .