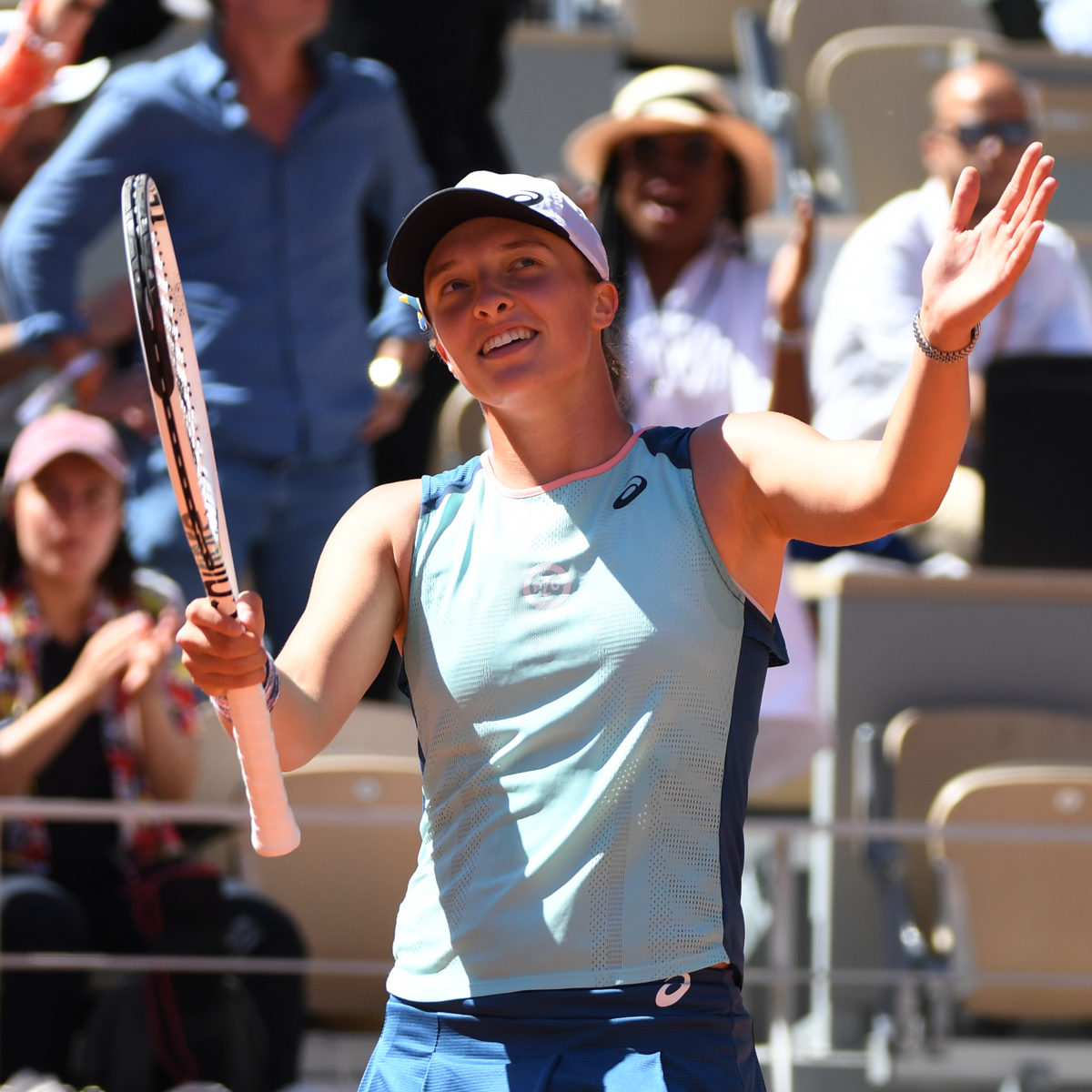 Unstoppable Iga Swiatek clocked up her 34th victory in a row on Thursday to stand on the brink of a second French Open title.

The Pole who won the event in 2020, put herself into winning position once again at Roland Garros as she reached the final 6-2, 6-1 over an outclassed Daria Kasatkina.

Swiatek will play the Saturday final against Coco Gauff who defeated Martina Trevisan 6-3, 6-1 in 86 minutes.

Swiatek now stands level with Serena Williams for the second-longest win streak this century (2013). The next objective is close – the all-time best of 35 on the trot from Venus Williams was set in 2000.

The 66-minute rout of Kasatkina keeps Swiatek in command of the WTA rankings after winning the last five tournaments she has played this magical season.

“This is a pretty special moment, I’m emotional, Swiatek said. “I’m grateful to be healthy and playing my game – it’s amazing.

“I’m honestly surprised at the level of support. When I started on the WTA we had COVID, and there were not many fans around.”

Swiatek called the weekend final “one of the biggest of my season, I’m trying to focus on that task.”

The player who turned 21 on Tuesday and whose curiosity extends well outside of tennis to literature and music, said she psyched up for her semi-final by listening to Led Zeppelin – for her, music from the dim, misty past of the last century.

“I listened to Led Zeppelin before the match – I use everything to help me.”

She finished the afternoon with  22 winners and 13 unforced errors and lost just 11 points on serve..

The top seed won the last five games as she ran down Kasatkina for her fourth victory in the series this season with a total loss of just 14 games.

Kasatkina,ranked 20th, would have been ranked 10th had she reached the final.

In the second semi, the 18-year-old Gauff won an opening set littered with six breaks of serve – four of them going against her Italian opponent.

Trevisan took a medical timeout after the first set for trainer work on an arm and elbow; Gauff, meanwhile, ate a fruit salad at her chair.

The American teenager broke twice in the second set and finished off a love game on her first match point as Trevisan returned long.

“I’m a little bit in shock, I didn’t know how to react when the match ended,” Gauff said.

“I have no words to describe how I feel. Thanks to the fans for cheering me on.”

The teen said that a daily morning walk usually takes care of any lingering nerves, allowing her to step onto court in the best frame of mind.

“I wasn’t nervous going in today. Going for a walk clears my head and then I feel great.”

Gauff said she will not get worked up over facing an opponent who has won both of their previous matches,

“I’ll be happy regardless of what happens,” the Floridian said. “I’ll go into the final thinking of it as just another match.

“Sure it’s a Grand Slam final, but here is so much going on in the world right now, it’s important not to stress over a tennis match.”