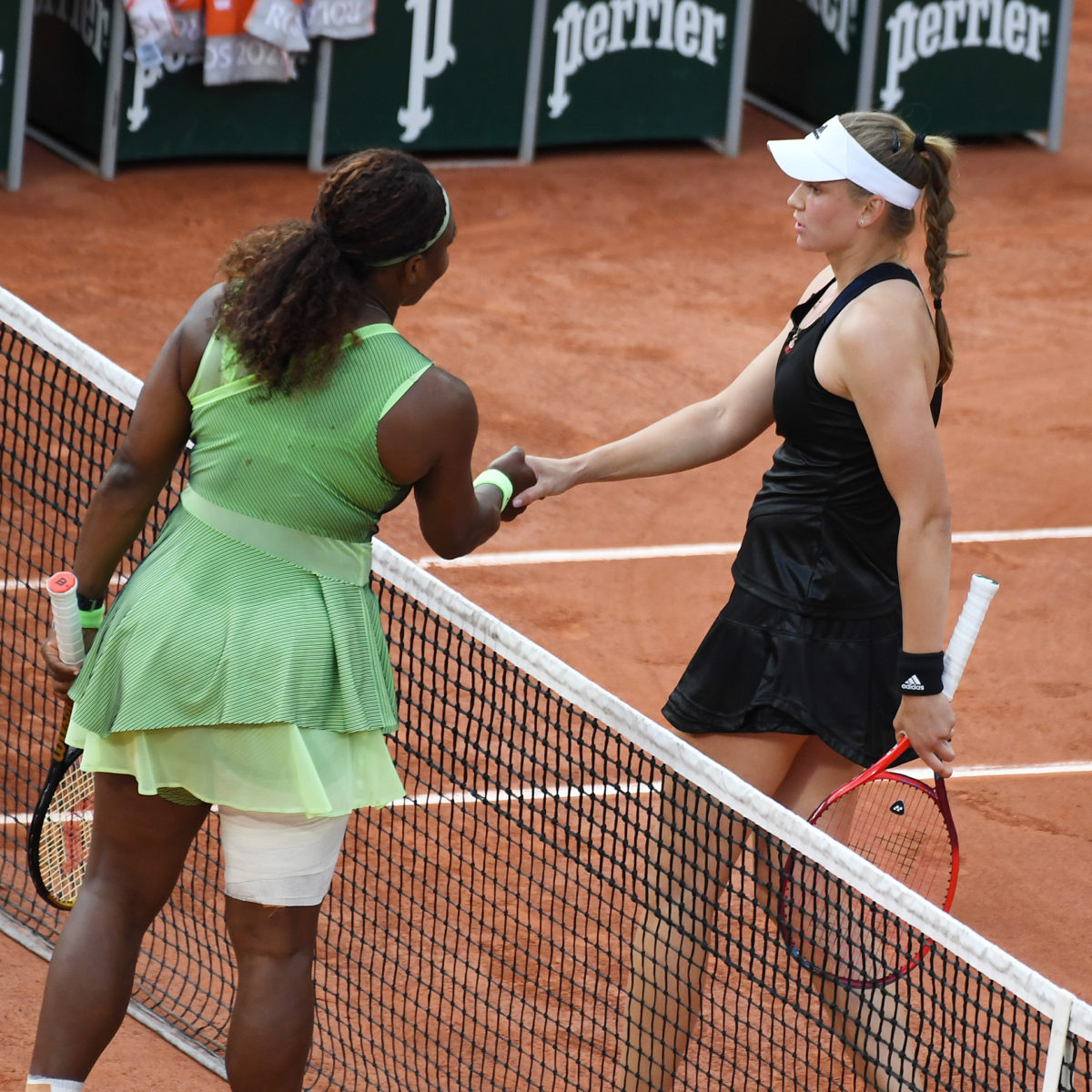 Serena Williams was taken down 6-3, 7-5 by Kazakh spoiler Elena Rybakina on Sunday at the French Open to end another quest for a record 24th Grand Slam title.

At age 39, the clock is ticking for Williams to try and set the all-time standard for Grand Slam singles titles at 24, one ahead of Margaret Court’s mark.

But with the American not having won a major since January, 2017 – and losing four finals in the interim – the odds are lengthening for the icon.

Rybakina, 22, is playing here for only the second time while Williams has competed at 19 editions.

The seventh seed put a positive spin on her bad day in Paris.

“I’m in a much better place than when I got here. I was just literally trying to win a match, it had been a really difficult season for me on the clay (one win, two defeats),” Williams said.

“I got some good matches here. I didn’t have the best clay court season, but it was good to finally get some wins on clay.”

Anastasia Pavlyuchenkova, next opponent for Rybakina, is back at the business end of the clay fortnight after an absence of a decade, with the 29-year-old overcoming Victoria Azarenka 5-7, 6-3, 6-2.

The Russian advanced to the last eight on the back of 45 winners as she frustrated the double Grand Slam champion and former No. 1 from Belarus.

She said it’s good to be back in contention.

“It’s a good moment, I’m enjoying it, but I’ve got work to do in the next matches.

“I feel good but quite normal, I’m not super emotional. I will enjoy this moment  today, but of course tomorrow it’s a new day.

“I’ve got to go prepare for the next matches, I have doubles tomorrow. You can’t allow yourself to be so much in the emotions.”

Azarenka had an angry moment with her coach and drew a warning for audible obscenity in the final set – from that point she failed to win a game.

Pavlyuchenokva is into her seventh Grand Slam quarter-final; she upset third seed Aryna Sabalenka in the previous round before dispatching  Azarenka, competing in a Paris fourth round here for the first time in eight years.

“The most positive thing I will say from this week, not the whole season, is that I’ve been able to play pain-free,” azarenka said of a match where she committed 30 unforced errors and lost serve seven times.

“That was my goal here. Everything else is something that can be analysed later.”

Paula Badoso, winner of the Belgrade title last month, won a replay of the 2015 junior title here with her 6-4, 3-6, 6-2 defeat of Marketa Vondrousova.

The Spaniard has broken new ground in her Grand Slam career by reaching a quarter-final, where she will now face Tamara Zidansek, first woman from Slovenia to get this far at a major

Zidansek defeated Romanian Sorana Cirstea 7-6(4), 6-1; prior to the Paris fortnight she had had never been beyond the second round at a Slam.

Vondrousova made a surprise appearance in the 2019 final, losing to Ash Barty; she began the major with just one clay win all spring.

Badosa, who had a disappointing season start with an Australian Open first-round defeat, has turned it all around with her Belgrade title and semis in Charleston and Madrid.

‘I tried to get back on my form pretty fast. I think I did it. Then the clay court season came, and I’m feeling very good.

“I’m very happy with what I’m doing, what I’m achieving.

“The most important is that I’m improving day by day a little bit of everything. Of course confidence helps, believing in yourself.”