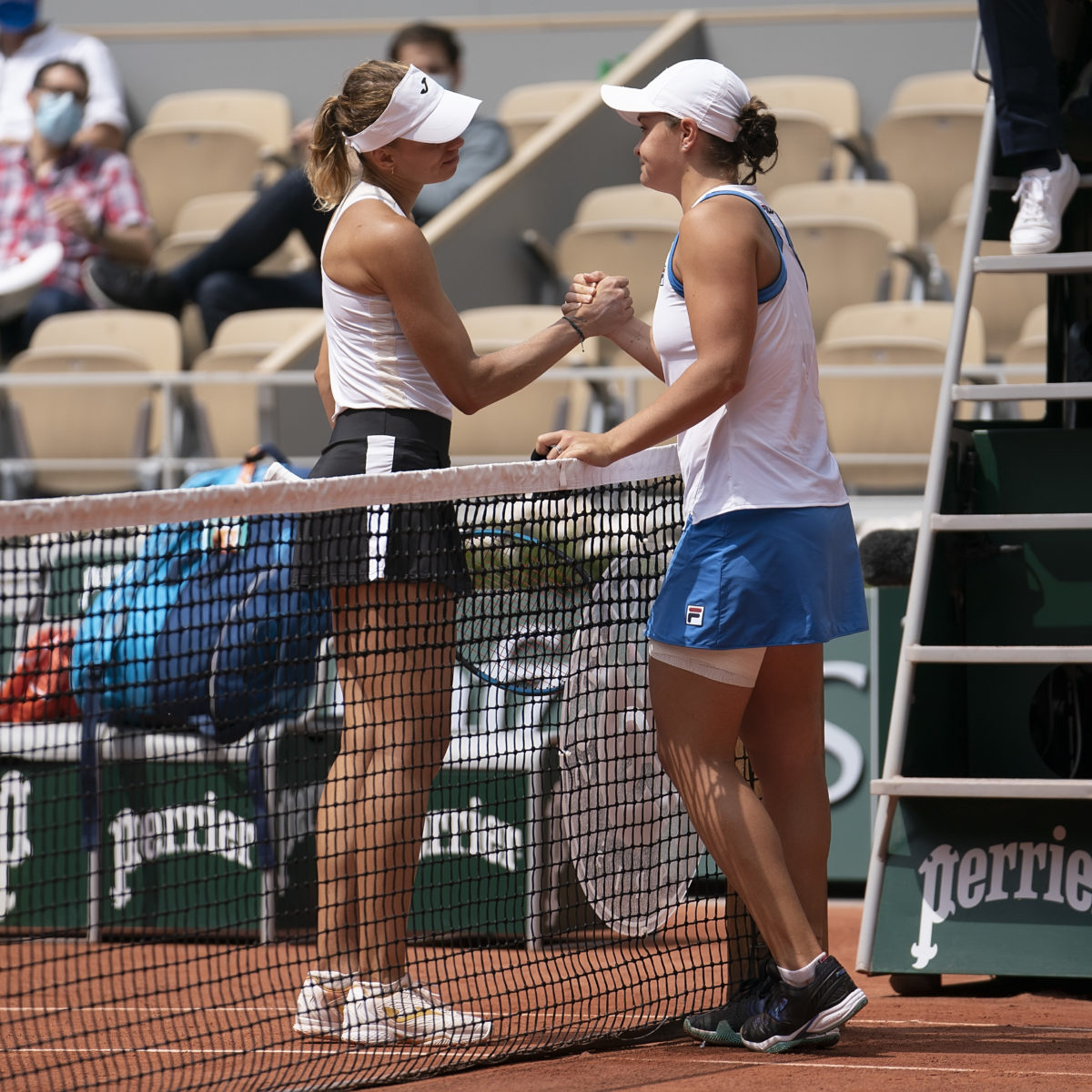 The French Open lost top seed Ash Barty on Thursday 72 hours after the “mental health” pullout of Naomi Osaka with the Australian forced to quit mid-match with a hip injury.

The world No. 1 who claimed the title here in 2019 and did not return last October to defend, was unable to carry on against Poland’s Magda Linette, who advanced to the third round at Roland Garros 6-1, 2-2.

Barty said she had picked up the “acute” injury during weekend training and barely made it to the court for her first round match on Tuesday.

“It was just a bridge too far this week, which is disappointing,” Barty said. “We had a fantastic lead-up (Stuttgart title, Madrid final).

“For my body to let me down is really disheartening, but we did nothing wrong. It’s something that can’t be explained.

“We’re still figuring out how to treat it as best we can… there were no red flags – there was nothing.

“It was just an acute kind of episode which is tough.”

Linette will next face Ons Jabeur, a 6-2, 6-4 winner over Australian Astra Sharma in 66 minutes.

“Magda is a great player, I”m I’m going to be ready, I’m going to play my game, and I will try to get the win,” the 26th-ranked Tunisian said.

Fourth seed Sofia Kenin, last October’s losing finalist at the delayed edition to Iga Swiatek, moved ahead with a 7-5, 6-3 defeat of US compatriot Hailey Baptiste which included five breaks of serve.

The win eliminated at least one American from the second round after 12 qualified, the most since 1991.

Li underwent a knee op in February, missing the Australian OPen and only returned to the Tour in March. Svitolina won the last five games to claim the win.

“It was actually a very good start for me, then a bit of a tricky second set,” she said. “It’s really good I came back in good form to win the second set and to finish the match.

“I’m extremely motivated when it comes to the clay courts. I really love to play in all the European tournaments.

Eighth-seeded holder iga Swiatek  and no trouble with Swede Rebecca Peterson, 6-1, 6-1, finished with a forehand winner to the corner.

The 17-year-old Gauff improved to 23-9 for the season; she set up a battle with fellow American Jennifer Brady, February’s Australian Open finalist.