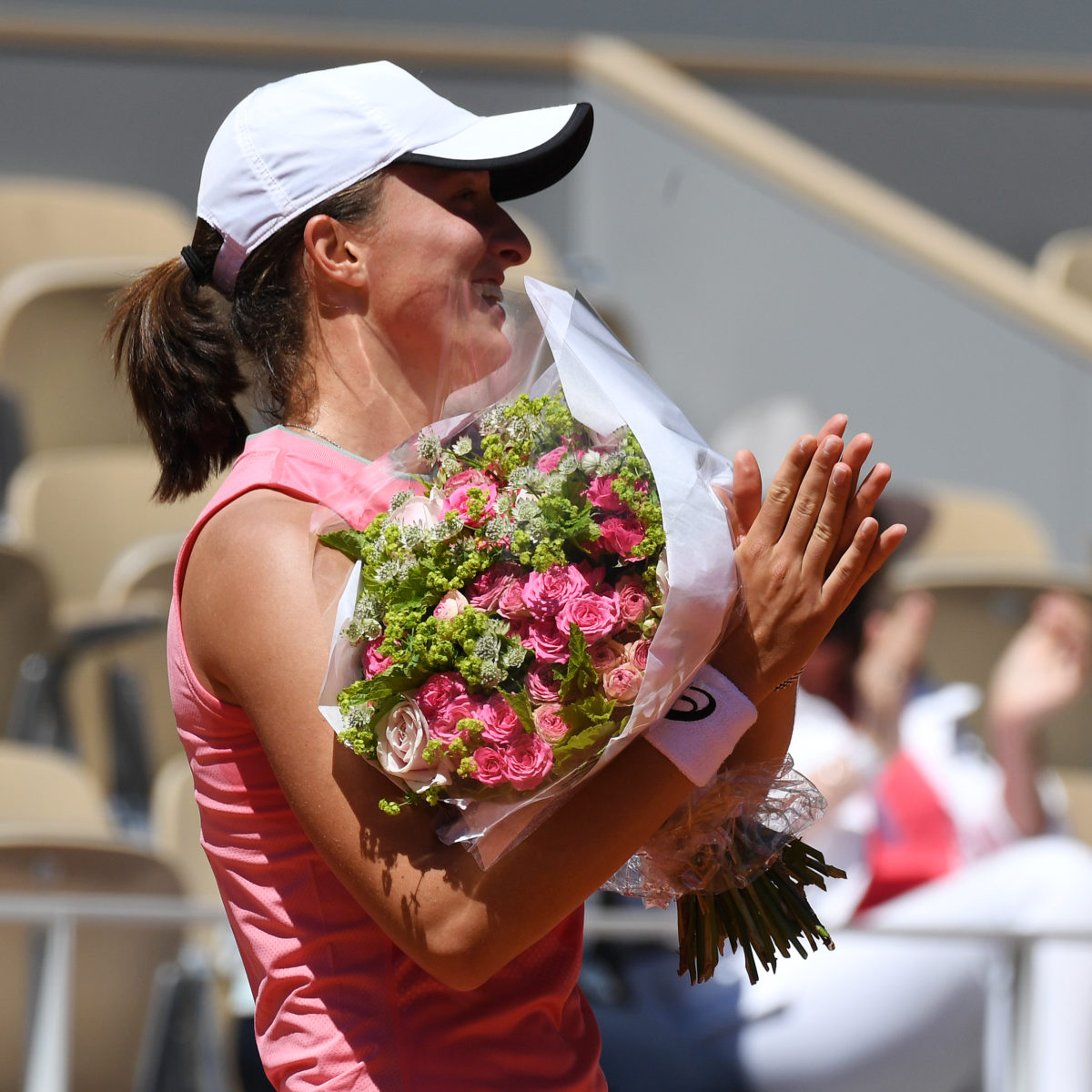 Holder Iga Swiatek celebrated her 20th birthday on Monday at the French Open with a 6-0, 7-5 defeat of her best mate in the game to power into the second round.

As is traditional on court, organisers presented the birthday girl with a bouquet of flowers while the COVID-restricted crowd of 1,000 sang “Happy Birthday.”

Slovene Kaja Juvan, ranked 101, felt the full force of the Pole’s big game has Swiatek rolled through the first set and into the second without the loss of the first seven games,

Juvan finally began to compete after trailing a set and 1-0, putting up a fight in gusty conditions and denying Swiatek on three match points before finally succumbing in 89 minutes.

“You never know what’s going to happen when you come to court as a
defending champion,” the winner said.

“I’ve never been in a situation like that. I’m really glad I could handle that pretty well and just play tennis, play a normal match without having in the back of my mind that I’m defending the title.”

With the pair of friends winning a junior Olympic medal together, facing off was not the easiest of tasks.

“It’s never easy to play against your best friend. You just try to block this friendship for two hours, just focus on the game,” Swiatek said.

“I’m doing that pretty well, it’s nice to have that skill.

“I was just trying to treat Kaja like any other girl, any other opponent, because you can’t have thoughts that are going to make your game softer.

“I’m pretty happy that I could handle that (match).”

2019 US Open winner Bianca Andreescu extended career-long mediocre showings on clay, losing 6-7(1), 7-6(2), 9-7 to Tamara Zidansek after almost three and a half hours.

The Canadian sixth seed is a walking injury case, playing sporadically over the past few seasons. She has competed only once previously here, winning a round in 2019.

Heather Watson, the 71st-ranked Brit who first played the main draw in 2011, marked her Paris decade with a third consecutive first-round loss as she went down to Kazakh Zarina Diyas 6-4, 7-5.

“I felt like my game was there. I was hitting well,” Watson said. “I just struggled physically today, I wasn’t able to focus on executing my game plan. I struggled with energy and didn’t feel good.”

Alize Cornet sounded a note of frustration after losing an all-French match with Harmony Tan 6-4, 6-4.

“What hurts most to me is losing,” the 31-year-old said. “I’m pretty tired of the circuit so I have a lot of admiration for what they (Serena Williams, Roger Federer, Rafael Nadal, Novak Djokovic ) do.”